SONY α7C: With its new α7C mirrorless camera, Sony has crammed a full-frame sensor and shoehorned most of the features of its α7M3 camera into an (APS-C) α6*** like body, even managing to include an EVF in the top left corner of the rear panel. It’s a pretty neat achievement that doesn’t compromise imaging performance.
RRP: $3299, body only; body plus new FE 28-60mm f/4-5.6 lens: $3,899. 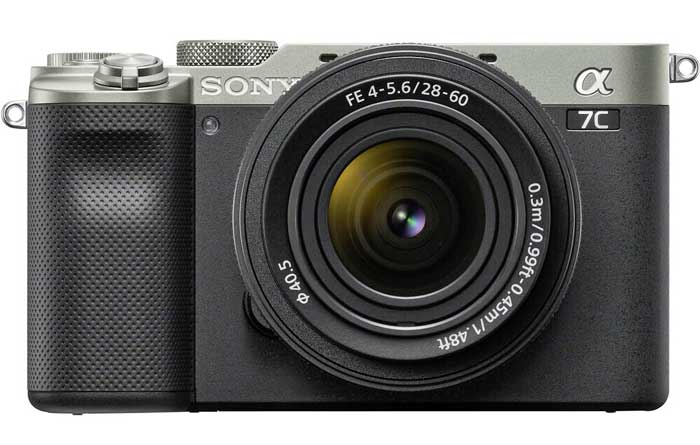 Announced on September 15, Sony’s α7C claims to be the smallest and lightest camera with IBIS currently available. Featuring the same 24.2-megapixel resolution and BIONZ X image processor as the α7M3, the α7C body is a svelte 124 x 71.1 x 59.7mm, weighing 509 grams with battery and memory card. Sony is targeting vloggers, in particular, with this new model, which offers 4K UHD video recording, although only in the proprietary XAVC S codec. New AF algorithms provide better integration of the tracking and eye-detection capabilities as well as more consistent tracking performance in video mode plus eye, face and head-recognition for dogs, cats and birds in addition to the normal human tracking.

Despite its compact body, the α7C has a built-in EVF, located in the top left corner of the rear panel. Although it boasts OLED technology and has 2.36 million dots plus 100 percent coverage of the frame, it’s a bit poky to use, compared with the EVF on the α7M3. But the fully-articulating touch-screen monitor is a big improvement over previous tilting screens. Unfortunately, the joystick control has been dispensed with to keep the body small and light.

Imatest image quality testing showed the camera and lens to be good performers, with the best JPEG images slightly exceeding expectations for the camera’s 24-megapixel sensor. Raw files converted into 16-bit TIFF format with Sony’s Imaging Edge Desktop software were slightly above the expected resolution. Video performance was in line with other recent α7 for the camera’s capabilities.

The α7C is bundled with a new FE 28-60mm f4.5-5.6 kit lens, which weighs only 170 grams and features a retracting design. When retracted, it protrudes only 50mm in front of the camera body. It’s a good match for the camera, size-wise but unfortunately, it’s incompatible with the Clear Image Zoom and Digital Zoom functions provided by the camera.

1. The 24-megapixel BSI CMOS sensor and BIONZ X processor supports a native ISO range from ISO 100 to ISO 51,200 for stills and movies with expansion to ISO 50 and ISO 204,800 for stills. Sony claims a 15-stop dynamic range at low-sensitivity settings. 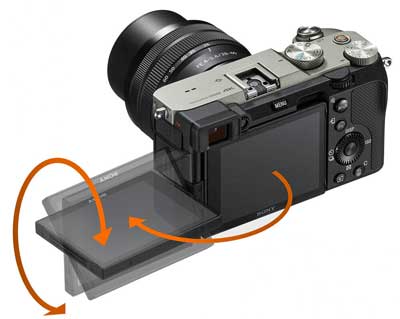 2. The small size and relatively light weight of the α7C make it ideal for travellers, and the fully-articulated monitor makes it easy to protect the screen when the camera is packed in a bag.
3. Five-axis IBIS provides up to 5 stops of camera shake correction with unstabilised lenses and the system works with lenses that are stabilised to provide even better performance.
4. Continuous shooting is supported at up to 10 fps with full AF and AE tracking in ‘full-frame’ mode. The buffer memory can accommodate up to 223 frames (recorded in continuous Hi+ mode with a UHS-II compatible SDXC card).
5. The α7C supports UHS 4K video recording at 25 fps as well as Full HD at 100, 50 and 25 fps, although only in the proprietary XAVC S codec. SD cards with UHS Speed Class 3 rating are required for movie recording and clips are restricted to approximately 29 minutes at normal temperatures.
6. The Picture Profile system includes Movie and Still gammas with industry-standard Cine and S-Log settings plus user adjustable black level, gamma curve and colour parameters (saturation, colour depth, colour phase, detail) settings.
7. The battery is the same NP-FZ100 pack as used in the α7M3 and located inside the grip moulding. It is CIPA rated for approximately 680 shots/charge with the EVF or 740 with the monitor.
8. Input ports are provided for external microphones and headphones and a wired remote controller. The camera also comes with Multi/Micro USB 3.1 Gen 1 port and HDMI micro connector (Type-D). The α7C provides the same communications facilities as other recent Sony cameras, with a 5 GHz/2.4GHz Wi-Fi connection plus low-energy Bluetooth.