PANASONIC LUMIX S1H: A video-orientated version of the S1 ‘full frame’ mirrorless camera designed for professional multimedia content producers who require superior performance and versatility. It currently provides an unmatched suite of stills and video recording functions. There’s nothing on the market so far that offers the same capabilities.
RRP: $5999, body only 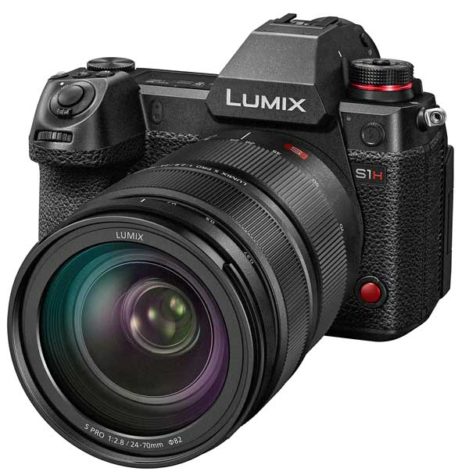 Following the success of its video-orientated M4/3 cameras (the GH4 and GH5), Panasonic’s new Lumix S1H brings professional multimedia recording capabilities to its ‘full frame’ mirrorless camera line-up. Using essentially the same body, 24.2-megapixel CMOS sensor and Venus Engine as the S1, the SH1 adds a built-in fan to keep internal temperatures down while recording video to facilitate fast data capture and processing without overheating. It also supports ‘clean’ video output to an external device (monitor or recorder) via an HDMI cable.

The S1H’s monitor is different from its siblings and swings out clear of the camera body. Its 1.8-inch high-resolution Status LCD is the largest in its class and features MIP (Memory In Pixel technology) for low power consumption. It has a black/white switchable background and supports time code counting and audio monitoring. The camera can use lens data from any L-Mount lens for automatically matching the image area and resolution to Super 35mm and APS-C lenses, which have smaller fields of view.

Unlike the previous models, the S1H’s sensor includes a low-pass filter to minimise moiré patterns. The HLG (Hybrid Log Gamma) Photo and Video modes are essentially the same as in the S1 but the S1H covers a much wider range of recording options, including V-Log (without requiring a separately-purchased license key), Cinelike D2 and V2 and Like709 with knee control. There’s also a waveform monitor, vectorscope display, a 31-point black level Master Pedestal adjustment and time coding with Rec Run / Free Run support plus a TC In/Out terminal and bundled BNC conversion cable. Luminance spot metering is available and there are more options for zebra striping, variable frame-rate recording and audio level adjustments. A tally light is also provided.

Imatest testing showed the camera performed very well as a stills camera while video performance was excellent. The camera’s contrast-based DFD autofocusing system ensured fast and accurate focusing for both stills and video shooting, even in low-light conditions. Focus tracking in the AF-C mode was generally accurate, even while panning. Little noise was found up to ISO 51200. 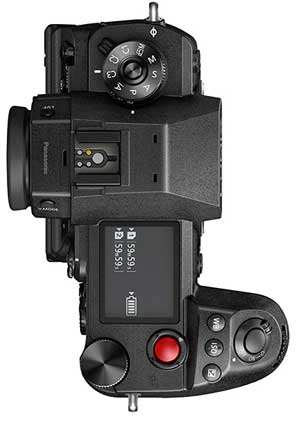 1. The S1H’s weather-sealed magnesium alloy body is slightly larger and heavier than the S1 but has a similar control layout and an equally comfortable grip. Two large red buttons – one on the top panel and the other in the lower left hand corner of the front panel – make it easy to activate and stop movie recording, regardless of the orientation of the camera.
2. The mode dial has a locking button to prevent inadvertent re-adjustments. There’s also a multi-directional joystick control and a locking lever on the rear panel that can lock the buttons and dials at pre-determined settings.
3. The camera also provides plenty of customisation options with three programmable memories accessible via the mode dial. The Quick menu button can be configured to provide quick access to frequently-used functions.
4. Internal 6K full-frame capture at 10-bit provides greater flexibility for filmmakers to crop, pan or further stabilise footage in post-production while maintaining full detail at 4K resolution. For PAL system users, the S1H supports video recording at resolutions up to 5.9K (5888 x 3312 pixels) using the full width of the sensor at a rate of 25 fps with a bit rate of 200Mbps and 4:2:0 colour depth.
5. Both Cinema 4K (4096 x 2160 pixels) and UHD 4K (3840 x 2160) recording are supported at 25 fps, 400Mbps and 4:2:2 colour depth. Soundtracks are recorded in stereo and levels are adjustable across a range from -12dB to +6dB. A limiter is available to minimise crackling noises in recordings and a wind filter is also provided.
6. The SH1 is the first of its type with Dual Native ISO technology, which was initially designed for Panasonics’ flagship VariCam lineup. The S1H’s native ISO 50 to 51,200 range can be extended to ISO 102,400 and ISO 204,800, adjustable in 1/3 or 1 EV steps. Dual Native ISO values for recording movies are based on ISO 640 and ISO 4000 but sensitivity can be extended to cover maximum sensitivities of ISO 51,200 and ISO 204,800 when recording in V-Log mode. 7. Recordings with V-Log/V-Gamut settings encompass more than 14 stops of dynamic range, providing rich gradations and a wide colour space. Footage is compatible with V-Log footage from other cameras or camcorders when clips are edited.
8. Anamorphic 4:3 modes are available and the camera includes essential videography tools like tally lights, a waveform monitor and a V-Log View Assist function.
9. The S1H also offers the same 6K/4K PHOTO functions as its S1 and S1R siblings and supports continuous shooting rates of up to 60 frames/second in 4K PHOTO mode or 30 frames/second in 6K PHOTO mode.
10. Buffer memory capacities are similar to the S1’s, with bursts in excess of 999 frames for JPEGs and up to 60 ARW.RAW files or RAW+JPEG pairs accommodated.
– Margaret Brown