CANON EOS R6: A more interesting and versatile camera than its flagship sibling, the EOS R6 has many features in common with the R5, but a similar sensor and processor to the EOS-1D X III. In the opinion of this reviewer, the EOS R6 sits at the top of Canon’s current mirrorless camera range, largely because it ticks so many boxes and is a better all-round camera than its higher-priced sibling.
RRP: $4599 (body only). 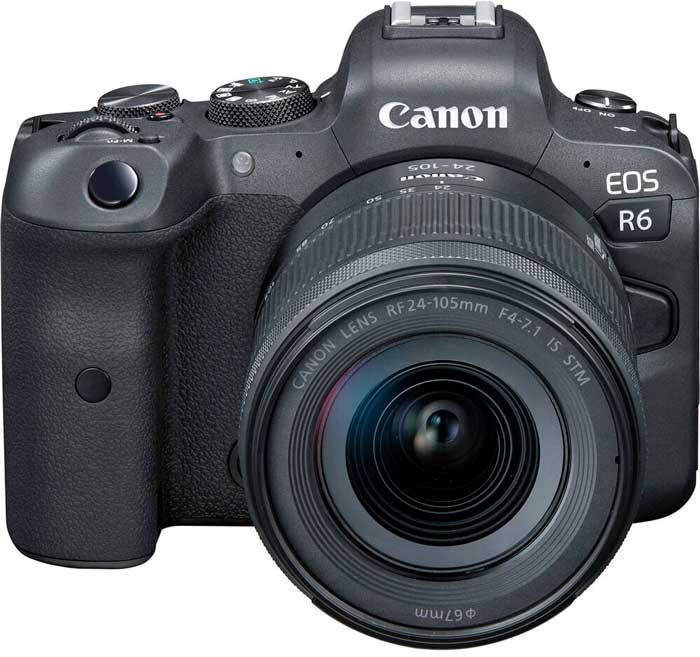 Like the EOS R5, the R6 is designed for stills photographers who shoot some video, rather than for specialist videographers. Equipped with a 20-megapixel sensor and DIGIC X image processor, the R6 supports JPEG and HEIF file formats and full-sized CR3.RAW or smaller C-RAW raw file formats for stills capture. Both stills and video can be recorded in the native sensitivity range of ISO 100-102,400, which can be expanded to ISO 204,800 for stills shooting.

Movies are recorded in the MP4 codec at up to 4K 50p (PAL system) but only with IPB compression. High Frame Rate (HFR) Full HD video is available at 100p recording for slow-motion playback. Both Canon Log and HDR-PQ are supported for greater control over colour rendering and to deliver high dynamic range output. Time-lapse recording is also available. Recording times are limited to just under 30 minutes per clip in all modes except HFR, which is restricted to 7.5 minutes. As in the R5, recording will stop if the camera starts to overheat.

The updated Dual Pixel CMOS AF system has 1053 AF selectable focusing points, which cover almost the entire image frame. The system is rated to -6EV with most lenses. The camera’s five-axis sensor-shift image stabilisation provides up to eight stops of camera shake correction.

Tests conducted with the RF 100-500mm f/4.5-7.1L IS USM lens, showed resolution comfortably exceeded expectations for JPEG files across the focal length range we were able to test (100mm to 300mm inclusive). CR3.RAW files produced even higher resolutions. Colour accuracy was good; noise became just visible at ISO 12,800 and was only really problematic at the H1 (ISO 204,800) setting. Autofocusing was consistently fast and accurate and 4K video clips benefited from the IS systems in the camera and lens, which enabled smooth shooting and easy tracking of moving subjects.

1. Significantly less expensive than the EOS R5, the R6 is a better general-purpose camera for photo enthusiasts who want to make prints up to A2 size and record the occasional 4K video clip.
2. Its five-axis sensor-shift image stabilisation can provide up to eight stops of camera shake correction to permit handheld shooting with slower shutter speeds. This system also works with the lens-based optical IS systems for both native RF lenses and adapted EF lenses. 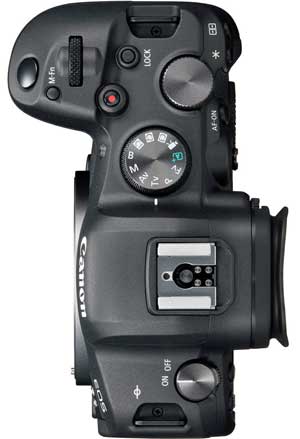 3. The R6 can record continuously at up to 12 fps with the mechanical shutter or 20 fps with the electronic shutter, which also supports silent shooting. Buffer capacities are up to 360 Large/Fine JPEGs or 240 RAW files with a high-speed card.
4. Subject tracking AF uses Deep Learning technology, which refines the system’s ability to recognise both people and animal subjects. Face and eye tracking are supported for both human and animal subjects, the latter including dogs, cats and birds.
5. While the R6 can record 4K video at 50 or 25 fps in PAL format, it only supports IPB compression and, by default movies are recorded with 8-bit 4:2:0 colour depth. The Canon Log and HDR PQ modes can record with 10-bit 4:2:2 depth to a memory card but the HDR PQ mode is restricted to FHD 25p recordings. This mode is designed for playing back on HDR TV sets.
6. The 1,620,000-dot vari-angle touchscreen monitor on the R6 can be used to select the shooting modes and point of focus. Touch control is available for pulling focus while recording movie clips. The EVF has an OLED screen with 3,690,000 dots, a high 120 fps refresh rate, 0.76x magnification and a 23mm eyepoint.
7. The interval timer can be used for time-lapse movies and also to record a sequence of stills. Users can specify the recording interval across a range of 00:00:01 to 99:59:59 minutes and the number of shots to be taken across a range of 0 to 99.
8. Built-in 2.4 GHz Wi-Fi is available for fast file transfer to a connected mobile device. Bluetooth 4.2 (low energy) is provided to enable constant device connection via the Canon Camera Connect app.
9. The supplied LPE-6NH rechargeable Li-ion battery is CIPA rated for approximately 350 shots/charge with the LCD screen or 250 shots/charge with the EVF. Using the Power Saving mode will extend this to 360 shots/charge with the EVF or 510 shots/charge with the monitor.