CANON EOS R5: Canon’s flagship mirrorless camera, the 45-megapixel EOS R5, is the first to offer 8K video recording at DCI and UHD aspect ratios, plus in-body image stabilisation. But at close to $7K, you should carefully  whether you actually need its capabilities for both stills and video.
RRP: $6899 body only. 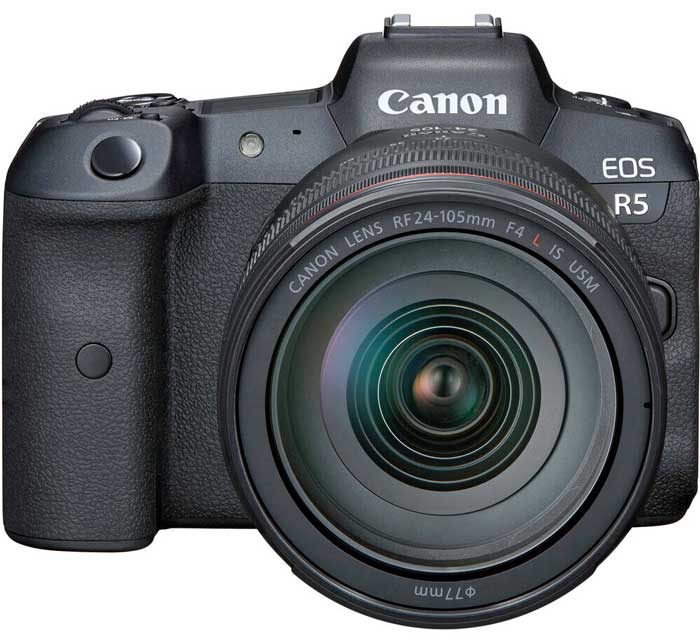 These capabilities created instant controversy, with many early users reporting overheating during long recording times. But hybrid cameras like the R5 are not designed for extended recording at high resolutions and frame rates. Canon specified a 20-minute limit on 8K movie recording when the camera was released and has since released a firmware update to address the issue. This problem is only solved with a different body design, as seen in the specialised EOS C70, which includes an internal fan and heat dispersing spaces to carry heat away from key electronic components.

Features-wise, the R5 is designed for stills photographers who shoot some video for professional applications and require high-resolution images. It supports JPEG and HEIF file formats and full-sized CR3.RAW or smaller C-RAW raw file formats. The updated Dual Pixel CMOS AF system has 5940 manually-selectable AF points covering the entire frame. This array can be split into 1053 AF zones and the system is rated to -6EV with most lenses. AF tracking uses Deep Learning-based subject detection to enable face and eye tracking for people plus dogs, cats and birds. Movie Servo AF is the default for video recording.

1. The R5 is ideal for wedding, event, corporate and sports photographers because it allows photographers to record short movie clips of 8K footage and extract stills frames with over 30-megapixel resolution from them for subsequent printing or use in publications.
2. It’s important to note that just three minutes of 8K DCI RAW recording will fill up 64GB of storage space on a card or attached drive. 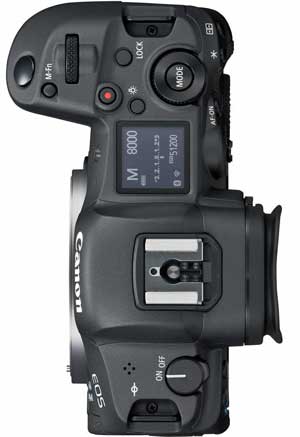 3. In-Body Image Stabilisation (IBIS) provides up to 8 stops of shake correction with lenses like the RF 24-105mm f/4 L IS USM lens. Additional digital stabilisation is available in movie mode, achieved through frame cropping. It’s useful with non-stabilised lenses but only works with a stabilised lens if the lens-based system is switched on.
4. The R5 can record continuously at up to 12 fps with the mechanical shutter or 20 fps with the electronic shutter, which also supports silent shooting. Buffer capacities depend upon the card used, with the CFexpress card accepting up to 350 JPEG or HEIF frames, 180 CR3.RAW files or 260 Compressed C-RAW files and an SD card accommodating 190 JPEGs or HEIFs, 66 raw files or 130 C-RAW frames.
5. The R5’s video recording capabilities include Canon Log and HDR PQ recording modes, which record movies with a wide dynamic range to facilitate post-processing.
6. Its 2.1 million-dot vari-angle touchscreen monitor can be used to select the shooting modes and point of focus and is available for pulling focus while recording movie clips. The EVF has a 0.5 inch-type OLED screen with 5.76 million dots, a significant step-up from the EOS R.
7. The interval timer can be used for time-lapse movies and also to record a sequence of stills. Users can specify the recording interval across a range of 00:00:01 to 99:59:59 minutes and the number of shots to be taken across a range of 0 to 99.
8. Still frames from 8K clips contain more than enough resolution to enable printing at A2 size (297 x 420 mm) and, even though the files are only 8-bit JPEGs, tonal reproduction will be good enough to provide a nuanced tonal range

For a more extensive review, including performance charts, click here