Photography – the Cinderella of the arts

Sydney’s Head On Photo Festival is one of Australia’s first major arts events to triumphantly adapt to Covid-19, yet a lack of financial support from the public and private sector continues to leave the non-profit desperately underfunded.

Head On occupies a range of Sydney venues, from outdoor installations in the city streets, Paddington Reservoir Gardens and Royal Botanic Gardens, through to public spaces and private galleries. It’s Australia’s biggest photographic event and has solidified its place among the more highly respected international photo festivals.

With a lifespan of just 11 years, it’s Australian photography’s equivalent to a Writer’s or Film Festival – an art institution dedicated to celebrating and showcasing the medium.

When measures were enforced in February to prevent Coronavirus from spreading throughout the community, the Head On Photo Festival organisers swiftly modified the festival to run completely online. It was the first international photo festival to pull it off, and many other festival organisers around the world have been inspired to copy Head On’s successful online format.

But if Head On’s success was measured by how much funding it receives, it would be an entirely different story.

Show me the money!
A photo festival’s funding comes from a few sources. There’s public funding sector, with local councils and government arts grants allocating taxpayer money to organisations which provide opportunities to artists and engage the community. Then there’s the photo industry, with major brands coming onboard to promote products to a dedicated audience/market, and nurture or give back to the photographic community.

Lastly, a festival relies on industry sponsorship through in-kind support (free or cheap goods/services), public donations, ticket sales, and exhibition participation or contest entry fees. Festivals may also benefit from a generous pool of funding from individual philantropists, such as the Ballarat International Foto Biennale (BIFB) under the well-connected arts administrator, Fiona Sweet. 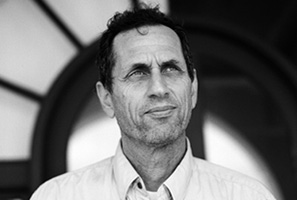 Head On founder, Moshe Rosenzveig (right), informs Inside Imaging the festival costs around $400,000 in cash, and a similar figure in in-kind support each year. The City of Sydney has funded Head On with $25,000 cash over the last few years, as well as providing in-kind support through venue hire valued at $50,000.

For an arts event of Head On’s scale, the $25,000 amounts to 6.25 percent of the total cash cost to run the festival. This is an insignificant figure when compared with some other existing Sydney arts festivals, which the City of Sydney annually funds with six figures – between $200-350K per year.

A City of Sydney spokesperson told Inside Imaging a panel of assessors evaluate grant applications against a range of criteria including ‘depth of programming, social and financial benefit to the City and inclusivity of the project’. This process determines the amount each applicant receives, with the panel continuously concluding Head On is worth ten times less than other Sydney arts festivals.

‘The City has been a long-time supporter of the Head-On Photo Festival and considers it one of Sydney’s most valued cultural events,’ a spokesperson said. ‘Since 2013, the City has provided Head On with 12 grants, including two grants worth $45,000 in the 2019-20 round of Cultural and Creative Grants and Sponsorship.’

It’s perhaps that ‘inclusivity’ clause which renders Head On to be deemed unworthy of greater funding. While it in no way shirks issues of cultural or racial or gender diversity (as a review of the program will prove) it is fundamentally a festival to showcase great photography, rather than a festival which uses photography in the interests of highlighting progressive issues. This seems to be the path BIFB has taken under the direction of Fiona Sweet, with great funding success.

Moshe has remained diplomatically tight-lipped about the lack of support from the local council, with hopes that Head On will be acknowledged as the valuable cultural event it is and be funded accordingly.

Burt maybe not just yet: The most recent setback was a knock-back for the City of Sydney’s Covid-19 Cultural Sector Resilience Grant Program. (Exquisitely ironic given Head On has just delivered a world first in response to the Coronavirus lockdown. Too much resilience perhaps?)

The Covid-19 Cultural Sector Resilience Grant Program had a total spend value of $2.25 million, with sole traders able to apply for grants up to $10,000 and not-for-profit organisations up to $20,000. The prerequisites require an organisation to have less than 20 full-time employees; experience a significant loss of revenue due to Coronavirus; have a turnover of less than $10 million; a Sydney location; ability to show how existing support from other levels of government is inadequate; and plans to adapt operations.

A total of 183 applicants, including Head On Foundation, were eligible for funding, amounting to a total of $2.8 million. A City of Sydney document recommended 79 eligible applicants be rejected, while 104 applicants receive the grant. This reduced the total spend to $1.7 million, with the remaining budget set to be reallocated to other Covid-19 small business grants.

‘We are one of the only arts festival organisations which did not receive any support for this grant,’ Moshe said. ‘Quite a lot of other festivals, organisations, and many individuals, received the grant but not Head On. I’m not asking for anyone to tap us on the shoulder and say “good on you” for adapting and maintaining the festival, but we’ve been suffering as much as any other organisation. We didn’t cancel the event, and we are still being penalised.’

‘I’m not angry, and I’m not even that surprised. We’re pretty use to this treatment now,’ Moshe said.

In the case of Head On and the Covid-19 grants program, the City of Sydney spokesperson said ‘although an application may meet the criteria, other applications may articulate a greater need’.

Moshe cannot speculate why Head On was excluded, and argues his organisation is indeed in great need of financial assistance. He describes his relationship with City of Sydney as ‘interesting’.

Photography a hard slog
Way down south of Sydney in the Victorian rural town of Lyonville, population of 175, BIFB founder and fine art photographer, Jeff Moorfoot, enjoys his days knowing he’ll never again have to navigate the layers of bureaucracy to secure funding for a photography festival. He retired as BIFB creative director after the 2015 event.

‘We never had enough to run BIFB. It’s not a figure that’s easy to come up with, but I reckon that BIFB 2015 and 2013 cost close to $350,000,’ he told Inside Imaging. ‘Ideally, I needed $500,000 to run the festival how I’d like it. So we were always scratching around and cutting corners. We probably raised half of that through initiatives like the Red Dot fundraiser, registration for the fringe show, sale of merchandise – all those various avenues.’

The festival debuted in 2007 at Daylesford, a small town compared to Ballarat, which offered no funding whatsoever – just a discount of hiring the town hall, and a promise not to slap a parking fine on the festival’s information caravan! Jeff moved the festival to Ballarat in 2009, after the Ballarat council offered $40,000 cash funding and free venue hire of Ballarat’s historic public buildings.

After that, BIFB received $20,000 funding per festival from the City of Ballarat. Jeff had minor victories by securing funding from Tourism Victoria and Arts Victoria.

‘With the funding organisations, they’re really interested in these kind of events that are run by curators,’ Jeff said. ‘The types run by professionals in arts administration or curation. They build cosy little nests, and talk and mix with each other. It’s always a struggle if you want to keep it pure – just about photographers and photography.’

The issue with Jeff’s version of BIFB, a much different beast to what it is now, was its goal to run it egalitarian and grassroots and have ‘something for everybody’. ‘I think most of those festivals that are backed by funding bodies like the Australia Council are elitist. That’s my opinion’.

Striking similarities exist between Jeff’s BIFB and Head On. Both events are fully devoted to photography; they are grassroots and slightly anti-establishment, and of course were/are underfunded. Head On began as a Portrait Prize in 2004, organised in response to the Photographic Archibald Portrait Prize – a photo contest organised by the arts establishment – not the photographic community – which favoured awarding high-profile photographers with a celebrity subject.

About industry funding…
Each year, the Head On Photo Festival team nervously approaches the photo industry about financial sponsorship. Persuading major brands to share top-tier sponsorship with its fellow brands can be a monumental task. The brands favour an exclusive sponsorship deal, but this isn’t ideal for a festival geared toward bringing the industry together.

‘Having smaller contributions from more industry players is better for everyone. Everyone in the industry… will benefit from it,’ Moshe said in 2016. ‘More cameras will be sold, more printers, more ink, more bags, more everything. They’ll be more visible to the general public, who for the moment, can see predominantly one company (Canon) in front of them.’

This year Sony is a major partner, followed by lower-tier sponsorships from Fujifilm and Olympus as industry partners. It’s once again great these three brands are willing to share the bill. Canon will not likely offer support in the foreseeable future. After Canon’s sponsorship of Vivid 2016, the company shockingly excluding Head On from participating in the event. So much for community spirit. (Google ‘kyosei’!)

With a fundamental lack of funding from the big photo industry players and the public sector, Head On relies on crucial in-kind support from industry partners. Moshe is concerned how these mostly small operators will be impacted by the Coronavirus, particularly the generous prolabs which offer a discount of printing the physical exhibition.

Head On’s golden goose is the Head On Awards. As its biggest income stream, the awards predominantly cover most costs of the festival. Last year there were around 5000 entries, with an entry fee of $30 generating around $150,000 cash (less reduced entry fee for students, and expenses such as the cash prize awarded to winners).

Head On 2020 created a wave of positive energy that vibrated throughout the local and international photography community. For two weeks, the festival broadcast four hours of free live online content daily, offering an escape from the mundane stay-at-home lifestyle enforced around the world.

With plans to run a scaled-back printed show in November, and limited support from the big photo industry players, isn’t it about time photography, the Cinderella of the arts, was given a ticket to the ball by the various taxpayer-funded arts grants organisations?

Update: At the eleventh hour of publishing this article, Moshe was delighted to inform Inside Imaging of good news. Creative NSW, the state government’s arts funding body, has provided Head On with a significant cash grant. Perhaps a turnaround is coming.