With photography workshops and tours hindered by restrictions on travel and public gatherings, operators have had to either invent new ways to deliver education or jump on JobKeeper.

Education is a primary income stream for many established Australian landscape photographers, with the primary product being photo tours and workshops. Escorting groups of enthusiast and hobbyists to scenic locations to teach them various photographic skills is a proven and growing business.

Victorian landscape photographer, Mieke Boynton, had intended to debut a workshop program this year. When Inside Imaging last spoke with her in late 2019, she had just won the 10th Epson Pano Awards and was planning to launch the workshops around her picturesque hometown of Bright, in the Victorian Alpine region. She was served a double whammy, with bushfires then Covid. 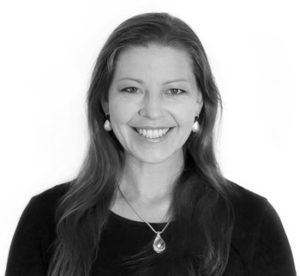 ‘Basically, since I moved from The Kimberley at the end of 2017, everything has been working toward running workshops here in Bright,’ Mieke (right) told Inside Imaging. ‘I took a year off to travel and take photos everywhere, because I figured when the workshops start I wouldn’t be able to shoot so much. Then, of course, we were evacuated because of the bushfires.’

Mieke evacuated to Oxley, a small town nearby Wangaratta, where the smoke was so thick it created an ‘apocalyptic orange’ hue. After four days she relocated to Melbourne until it was safe to return home.

‘And just after doing my first two workshops in Bright, Covid shut us down. I had to cancel nine workshops, and fortunately I’m an over-prepared person and already had the presentations prepared for the in-person workshops. So I was able to adapt them quickly, and deliver workshops online via Zoom (video conferencing app). From living in The Kimberley, I’m pretty familiar with video conferencing, and luckily people were pretty keen to try online workshops.

Despite some cancellations, most of Mieke’s customers opted to exchange their payment for a credit rather than a refund, and many jumped on her affordable Zoom events. Shifting online has been a success. In May, Mieke sold out her two weekly workshops, so she upped the ante and started running four a week in June. On top of this, Mieke is running regular webinars through Nikon School. ‘All that just about killed me. Now I’m back to about two per week, and it’s going really well’.

She teaches four different two-hour workshops, mostly focused on landscape photography, with attendee numbers capped at under 10. This creates a more interactive audience environment and encourages participation, making it feel like ‘an actual workshop’.

‘I’m getting workshop participants from New Zealand, and I have some coming from the US. Obviously there is no way these people would have come to in-person workshops, so the reach is fantastic. Every week I’ve had participants from the East Coast, from Tassie to Queensland. There’s no way I could have reached that many people. Having said that, they’re reduced workshops. It’s not like the immersive experience you get when out in the field, running activities.’

While business is good, Mieke has noticed a growing Zoom fatigue. ‘When Covid first happened, everyone was getting on Zoom. But people are getting tired of Zoom. So there has been a slight drop off in the last month. I think people are being more careful about what they choose to do on Zoom.’

‘Obviously people were at home, finances hadn’t quite hit reality yet, and so people were looking for things to do, whether that might have been Netflix, online learning, or whatever else,’ he told Inside Imaging.

Three or four years ago, Adam unwittingly began preparing for the globe’s current crisis. He began moving the bulk of his photography education business online. By sheer co-incidence, this year he planned on spending time at home working on the business, having spent previous years operating in-person events around the country.

‘The last two years I travelled Australia, going around and running workshops nearly every Saturday at a new regional location. So there would have been a big disruption had this pandemic happened a year earlier. It just so happened that 2020 was the year I was really going to be pushing Easy Way Photography – staying home to work on marketing and the courses – so Covid didn’t really change anything.’

Adam decided to move online because he had become exhausted running in-person workshops. It ultimately became restrictive on his business growth ‘as I was only able to do a certain number before needing to take a break and rejuvenate’. The beauty of running an online course is that, while building takes time and effort, once up-and-running it can generate income without draining further time and resources.

‘Switching online probably looks easy from the outset, but there are all these intricacies that you need to bring together, and it’s a lot of work,’ he said. ‘You build these things, and like an incredibly large Lego set you add one block at a time and that block counts and stays. There is a lot of building, but then automation – it remains in place, and holds value. You can create a course, like long exposure photography or composition, and it doesn’t have an expiry date, which is incredible. The technology or philosophy isn’t moving, so you might not need to update them for years.’

The exception is his most popular photography education courses on Photoshop, as Adobe is constantly tweaking the image editing software.

Adam is a self-taught photographer, and another of his self-taught talents is marketing. He put down the tools seven years ago, shifting careers from house builder to professional photographer. By running events at camera clubs around the country, he built an audience in the Australian market. ‘You might only reach 50 people or something, but over the last few years I don’t think there’s another photographer who has done more of those kind of presentations than myself. I’ve probably done 200.’

Reaching those 50 people naturally created more leads through word of mouth. He was also pushing his photography by having an active social media presence and winning awards. Adam’s popular YouTube channel has over 130 instructional videos and has 10,600 subscribers. This year he began running a Q&A video series with leading Australian photographers. Another powerful tool is the Easy Way Photography Facebook group, a dedicated space for photography course participants to ask questions and inspire each other. It has just shy of 6000 members.

More recently, Adam set up an affiliate program so Easy Way Photography could reach more markets outside Australia. Established photographers with an audience promote his courses, and receive a commission for customer referrals.

‘In the first few years I probably had 80 percent Australian customers. Now it’s more like 40 to 50 percent USA, 30 percent Aussie, and the rest is divided between the UK and South Africa, and blips and blobs in places like Indonesia, Singapore, Hong Kong, Germany, Norway, and so on. It’s pretty interesting and unexpected to see where some customers come from, actually’.

These pre-Covid initiatives placed Adam in a ‘decent position’ when the pandemic came along. It took years to build it to where it is, and he’s aware that other photography educators have had the momentous task of shifting online in weeks or months.

Inside Imaging asked for Adam’s advice for photographers in this situation. How may aspiring online photography educators make it online?

It’s a tough one, and I’m not sure teaching comes naturally to everyone. To be honest, I didn’t know if I was a good, bad, or completely useless teacher, until my students told me the courses were great. At first I thought it was an anomaly, but this feedback keeps coming in and I thought ‘maybe I’m onto something here’.

The online course structure and layout is really important. Keep it simple, with small steps that are easy to follow. You cannot make it overly simple. The slower and more simple, the more people will enjoy it. And don’t try to bite off more than you can chew. If there is a particular aspect of photography you’re good at, try to break that down and remember stuff like what you needed, and what led you to get there. If you love long exposure photography, ask yourself why? And why someone else would want to do it to start with. These small bite-sized pieces will make it easier to develop an e-book or video course.

Rather than rambling on for two hours and explaining it in one go, try a five-minute video on gear or composition – whatever it happens to be. Then build it up through whatever free channels – maybe forums, Facebook groups, YouTube, an e-mail list.

Maybe there are photographers out there struggling, not knowing what to do, and on government assistance. Now is the time to start doing something like this. Just start with a small project and put it together slowly. Don’t be too concerned about perfection or production values. I started with simple screen capture software, and had a cheap microphone plugged into the laptop, and it did a really good job. Since then I’ve invested in nice professional gear. It has essentially made my life a little easier, as I’m able to get quality audio and video on the one recording. But if you’ve got good content, and you’re able to nicely articulate the steps, you’ll have a good product regardless of what it looks like.