Major photography brands have begun to proudly promote various eco-friendly or sustainability initiatives, in an effort to flag a commitment to corporate social responsibility.

Fujifilm, Nikon, Canon, Hahnemühle, and even Italian Vogue are pushing an environmentally-friendly message.

Fujifilm just released a press release boasting its place among 179 high-performing companies on the CDP ‘Climate Change A List‘.

CDP, a UK-based non-profit formerly known as the Carbon Disclosure Project, scores companies based on voluntarily disclosed environmental data. Over 8000 companies are scored, with the process described by Fujifilm as ‘widely recognised as the gold standard of corporate environmental transparency’. Only two percent make the A list. In 2010, CDP was called ‘The most powerful green NGO you’ve never heard of’ by the Harvard Business Review.

‘Fujifilm Holdings is actively promoting actions on climate change based on its strong belief, upheld since its foundation, that “environmental conservation is at the core of Fujifilm’s corporate activities”. Under its CSR plan “Sustainable Value Plan 2030 (SVP2030),” the company strives to reduce the CO2 emissions across the entire lifecycle of products and at the same time, contribute to CO2 emissions reduction in society by encouraging wider use of the company’s low-emission products and services.’

There is an unusual array of multinational corporations on the list, many ordinarily considered at odds with the environmental movement. We’re talking Apple, Microsoft, Samsung, Coca-Cola, Nestle, Walmart, Asahi, L’Oréal, and H&M. Plenty of automotive industry companies also score a spot, such as Ford, Hyundai, Kia, Nissan, Pirelli, Yokohama, and Toyota.

Many of the Climate Change A List companies are commended for targets and plans to reduce emissions, rather than immediate action. Fujifilm, for instance, hopes to reduce ‘CO2 emission across the entire lifecycle of Fujifilm products by 30 percent by fiscal year ending March 2031 (FY2031/3) compared to the FY2014/3 level’. H&M, the Swedish fast-fashion outlet which churns out new garment styles on a monthly basis, aims to have 100 percent recycled or sustainably-sourced materials by 2030.

CDP may well be a benchmark for corporate sustainability, and it’s nice to think these top corporations have the environment as a best interest. But something doesn’t quite add up here. Do these brands really align with the environmental movement? While we’re not insinuating any money exchanged hands, the cynic within feels as if this is a green equivalent of MacDonald’s being awarded the Heart Foundation Tick.

Aside from the Fujifilm press release, Canon and Nikon also have pages and reports dedicated to sustainability.

‘In the spirit of our guiding philosophy of Kyosei [“working towards a society in which all people, regardless of race, religion, or culture, harmoniously live”], we support environmental protection and sustainability both in our daily operations and through our environmental initiatives,’ Canon Australia says.

Hahnemühle’s Natural Line
There is no denying the appeal of a printed photographic product. It’s tangible, with a sensory experience rightly considered superior to digital image consumption. But the harsh reality is that photo paper production starts with the cultivation of water-thirsty plants. So how can fine art prints be justifiably sold to an inner-city type, who spends Monday nights tweeting #QandA and contently consumes photos in the eco-friendly digital form? 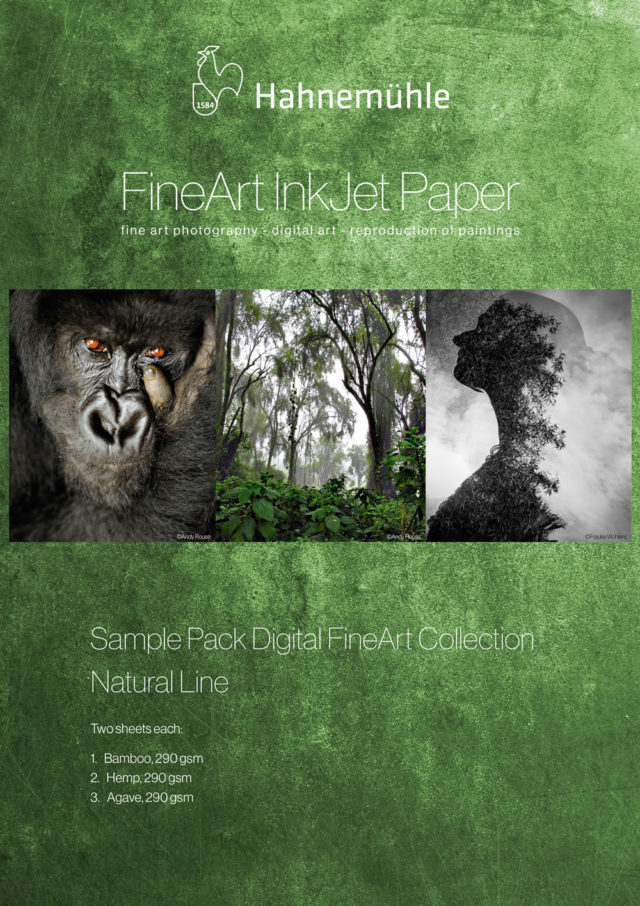 In late 2019 Hahnemühle unveiled its Natural Line to the Digital FineArt Collection of papers, which uses alternative materials like bamboo, hemp, and agave.

‘The plants that provide the cellulose require minimal maintenance, grow quickly and don’t need any pesticides,’ Hahnemühle says. ‘Their rapid growth means that more cellulose can be produced on the same cropland than with other raw materials, and they also require much less water, helping to save valuable resources and protect the environment.’

The 290gsm paper production still required water-thirsty cotton, with it equating to 10 (bamboo), 30 (agave) and 40 (hemp) percent of materials. 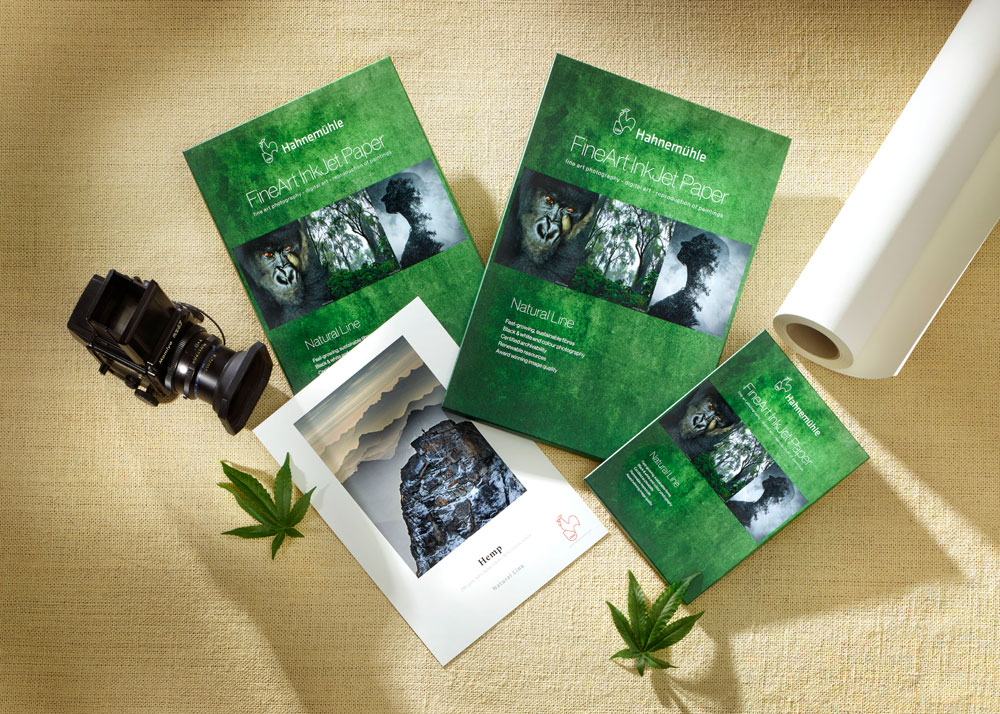 The line of museum-quality art paper is also geared toward fine art photo printing, which isn’t exactly responsible for large swathes of deforestation. Especially when considering all the areas of commercial and consumer printing and paper production.

It may all just be a marketing stunt by Hahnemühle to promote itself as a caring company, but it’s obviously better than doing nothing. Plus, the eco message can be carried on by photographers who feel it may generate more sales. Sell art and save a tree!

Vogue Italia kills the photo shoot
Vogue Italia didn’t feature any photo shoots in its January 2020 issue, in an effort to make a statement about sustainability. Apparently the magazine has a massive carbon foot print thanks to those good-for-nothing photo shoots.

The hypocrisy is alive in this blatant greenwashing campaign.

So instead the magazine, striving for ‘intellectual honesty’, only ran illustrated covers and ensured there was ‘no travel, shipping of clothes, or polluting in any way’. So were led to believe the illustrators only worked during daylight hours in a naturally-lit room, were fed food scraps from the December 2019 catering, and phones could only be charged by the rays of self-importance radiating from the editor’s office.

‘I think that the most honest way to face a problem is starting by admitting it,’ Farneti said to NY Times. ‘That was our way to say that we know we are part of a business that is far from being sustainable.’

Farneti’s barely acknowledges the glossy magazine isn’t doing much good for the natural world. He said ‘there is a significant environmental impact associated with publishing a fashion magazine’. Rather than source recycled paper for future editions, go digital, or just can the entire beauty magazine, the Italian edition will begin using ‘compostable plastic wrapping’. And the glaciers of the world give a collective sigh of relief.