The world-famous lone willow tree that lives in the shallow waters of Lake Wanaka, a gorgeous photography location in New Zealand’s picturesque South Island, has had its iconic branches lopped by a vandal.

The ‘senseless’ attack on the 80-year old Wanaka tree was attacked by a saw, with the lower branch that hangs horizontally out over the water now gone. Wanaka photographer, Luisa Apanui, told Stuff.co.nz she found branches hacked off and lying in the water.

‘Everyone is pretty devastated. The tree even survived the floods in December and it’s so sad to see someone did this on purpose,’ Apanui said. ‘Some people hate the tree because it attracts so much attention but most local people love it, especially photographers.

‘The Wanaka tree is super special to me because of it’s beautiful unique shape in combination with the stunning Wanaka mountain backdrop. It’s a historic icon and I love to photograph it because it looks different every time – in different seasons and different water levels.” 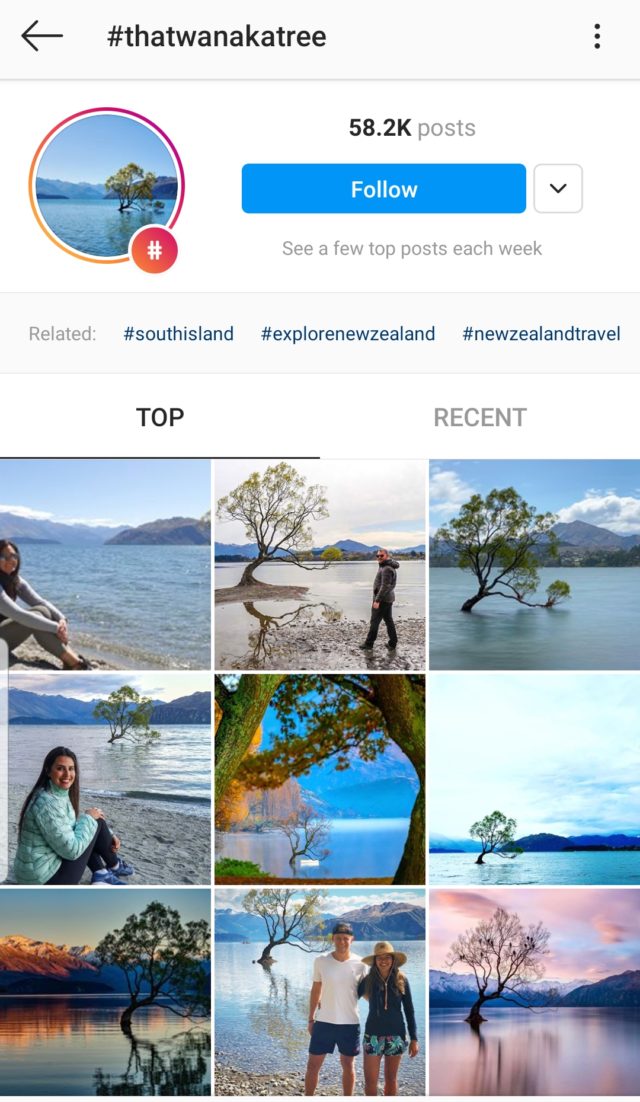 On any given day, scores of tourists pass by the Wanaka tree to grab a photo. At sunrise and sunset photographers, including large tour groups, line the waters edge to capture the lone tree reflecting off the water and draped in golden light; while during the day busloads of Chinese tourists waving selfie sticks, backpackers, and tourists make it pit stop. For some photographers the tree is a cliché and the epitome of photo tourism, while for others it’s a bucket list location to capture.

The Wanaka tree has been described as a ‘symbol of determination’, as it grew from a fence post into a full-blown tree. However, in 2018 the tree began to deteriorate as the weight of social media bound down upon it. The rise of the Instagram influencer meant the lonesome tree could not be appreciated by its lonesome.

Influencers, wanna-be influencers, and selfish people poisoned by vanity descended on the tree, to capture photos of themselves hanging, sitting, or performing some sort of yoga pose on the tree. The horizontal branch began to suffer under the weight of all those influencers, so the local council intervened by banning people from touching the tree.

While the tree’s shape has now been dramatically altered in a mindless act, it has not been totally destroyed.