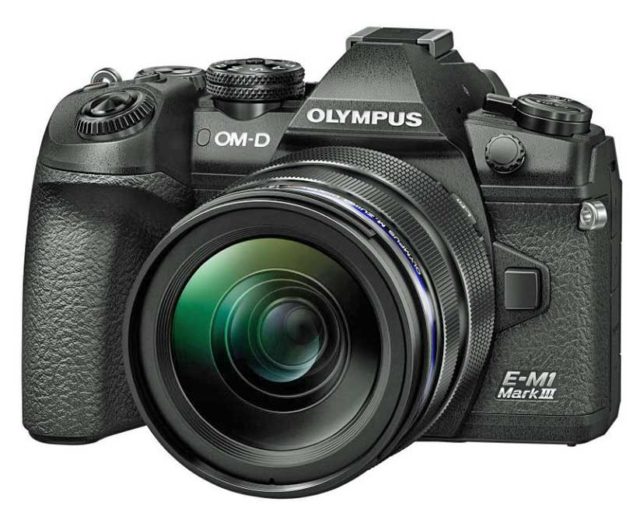 Physically, Olympus has made few changes to the third-generation model of its OM-D E-M1, aside from the addition of a rear panel joystick multi-selector which is positioned just beside the thumb rest to allow your thumb to reach it. A few buttons have been shifted to accommodate it and a couple have been re-purposed. The iAUTO shooting mode is gone and a new ‘B’ setting replaces the ART mode to provide easier access to the Live Composite, Live Bulb and Live Time setting. Otherwise, the new model retains the same basic design as its predecessor, although 5mm has been added to the viewfinder eye relief to make it more comfortable for glasses wearers.

Internally, a few important things have changed, although the Mark III retains the same 20.4-megapixel sensor and updated 121-point, all cross-type On-chip Phase Detection AF system as the Mark II. The high-durability shutter unit is now rated for 400,000 cycles, twice that of the Mark II, and in-body image stabilisation (IBIS) now offers up to seven stops of shake correction, compared with 5.5 stops in the E-M1 II. Synchronisation of the IBIS and stabilisation in supported lenses extends this to 7.5 stops of compensation with 5-axis sync IS. The OM-D Movie function gains improved stabilisation with three levels of digital IS that can be combined with in-body 5-axis stabilisation instead of only one.

Aside from that, movie recording is similar to the Mark II, which received Flat and OM-Log400 profiles through a firmware update in June 2019. Users of the Mark III can view 4:2:2 output on the cameras monitor or an external display. A new High-Speed Movie mode, which records FHD clips at up to 120 fps has been added for slow-motion recording. Audio capabilities have also been extended.

Our Imatest assessments showed the review camera was able to meet expectations for the sensor’s 20-megapixel resolution with JPEGs and exceeded expectations by a comfortable margin with ORF.RAW files. Colour reproduction in JPEGs was a little more restrained than the E-M1 Mark II’s but both contrast and saturation were well balanced. Long exposures at night were generally clean and noise-free at ISO settings up to ISO 6400 and relatively little noise was evident at ISO 25,600. Video quality was very good and soundtracks were clear with a good stereo presence, given the small size of the built-in microphones. 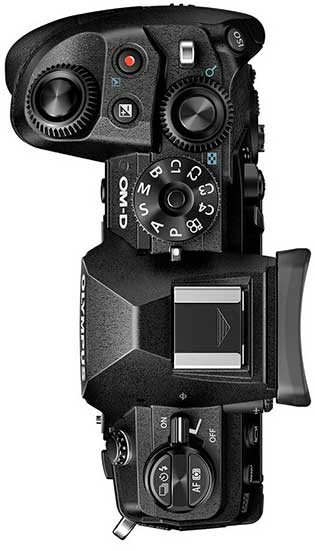 1. The same 20.4-megapixel Live MOS sensor as the OM-D E-M1 Mark II but the new TruePic IX processor can deliver faster image processing and expanded video capabilities.
2. Updated algorithms for the 121-point all-cross-type hybrid AF system plus Advanced Face Priority and Eye Priority AF modes provide better detection for small faces and eyes and help to maintain stable focusing on traditionally difficult subjects such as sides of faces. Users can now generate their own customised AF tracking arrays.
3. Improvements to the 5-axis sensor-shift image stabilisation system enable it to synchronise with in-lens IS systems to enable up to 7.5EV of shake correction with compatible lenses.
4. The addition of a rear panel joystick multi-selector provides quick and easy shifting of AF areas when the viewfinder is being used for shot composition.
5. The standard 80-megapixel tripod High Res Shot mode has been augmented by a Handheld High Res Shot, similar to the mode introduced in the E-M1X, which records 16 frames in a rapid sequence and combines them to produce 8160 x 6120 pixel images (49.94 megapixels).
6. Live ND, a popular feature from the E-M1X, provides five steps of neutral density adjustments, ranging from ND2 (one step) to ND32 (5 steps). Users can also view the effects of slow shutter speeds in the viewfinder before taking the shot.
7. The Live Composite function has been extended to support up to six hours of recording (given sufficient battery capacity). Interval recording for Time-lapse movies has also been extended to support up to 9999 shots in a sequence, compared with 999 in the previous model. A new Starry Sky AF mode is available for astrophotographers, making it easier to focus accurately on individual star points in the night sky.
8. Both C4K and 4K video can be recorded at 25 fps or 24 fps with a 237 Mbps bit rate for the former (or 102 Mbps for regular UHD 4K. A ‘Flat’ Picture Mode to make colour grading easier with Blackmagic’s DaVinci Resolve software and a dedicated LUT (look-up table) file is available for downloading from the Olympus website.
9. Dual card slots are provided for SD cards, with Slot 1 supporting UHS-II and Slot 2 restricted to UHS-I. Continuous shooting has been expanded, with larger buffer memories and the ability to record silently at variable frame rates from 15 fps (the default in high-speed mode) right down to one fps.
10. USB and HDMI ports are provided, along with jacks for external microphones and headphones. The Mark III also adds support for USB charging on-the-go via a USB PD (USB Power Delivery) enabled power bank.
– Margaret Brown