A little more clarity is emerging following Olympus Imaging’s announcement last week that it intends to offload its camera business to an outfit called Japan Industrial Partners (JIP), and the picture doesn’t look all that bright. 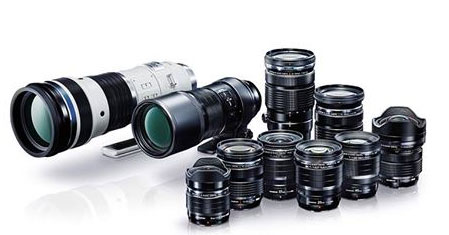 That’s in the mid-term at least. For the time being it’s, to repeat the mantra, ‘Business as Usual’. And as we have noted, there’s a way to go – September 30 being scheduled for a contract signing and December 30 for a full hand over – before the deal is done.

The latest signs of life at Olympus is an announcement that a new lens is coming some time later this year (ED 150-400 F4.5 TC1.25x IS PRO); the development of bird detection firmware for the OM-D E-M1X; and firmware to use Olympus cameras as webcams.

But facts on future directions are few on the ground, and speculation is rife. One fact is that the other party to the MOU is only worth around $150 million – Olympus cameras lost $156 million in the last financial year alone. Questions are emerging as to why Olympus chose this particular business to sell to, and this particular kind of sale. This isn’t some kind of cashed-up white knight. JIP has a reputation as a business you go to see when you want to ‘get around Japanese pension, retention, and servicing laws.’

There is always re-financing of course, but what investor in their right mind is going to lend to a camera business which has lost hundreds of millions in the last three years in a shrinking market and has now lost the economies of scale of being part of a much larger, profitable operation?

‘Actually, it’s more than a divestment, it appears. It’s an outright fire sale,’ wrote veteran digital photography publisher Thom Hogan in his long-running SansMirror blog. ‘Specifically…a new company will be created and managed by JIP… JIP has been acquiring insolvent businesses in Japan since 2002, including one from Olympus before, Olympus mobile phone business.

But JIP is not a large pocket investor, it’s a small (US$150m) equity investment partner. In particular, they specialize in what they call ‘curve out’ projects. Basically this is code for ‘take over a business while stripping out any non-performing aspects.’ It’s a way of getting around Japan’s employee laws, among other things. What’s likely to be left of Olympus Imaging if the deal goes through is something smaller than before.’

There’s been an interesting string of comments from anonymous insiders on forums like DPReview. Here’s one that doesn’t pull its punches: JIP is only the undertaker, they are doing the ‘dirty work’…You cannot blame the undertaker for the death, and yes, you also have to pay the undertaker….

The writer states that ‘The news out of Japan is that this is NOT a sale, but a divestment at loss. Olympus will have to pay JIP to take imaging, basically giving them the consumer patent portfolio in exchange.’

‘…Companies pay JIP up front to shed losing departments to avoid regulatory concerns and to get the losses off book. They don’t pay JIP to own factories or R&D or overseas sales teams.’

If the worse happens, perhaps having one less competitor trying to survive in a chronically shrinking market is a good thing for those remaining in the camera industry. But where does that leave camera retailers in the meantime? Without more than anodyne assurances that ‘it’s business as usual’ how can specialist retailers, with their specialist, inside knowledge, and with their hands on their heart, recommend an Olympus purchase to a customer if they are unsure whether there will be on-going camera system development, or even ongoing support for that purchase in, say, 18 months time? They don’t call it ‘the moment of truth’ for nothing!

Caveat emptor for sure, but you still have to look your customer in the eye.