Nikon has announced the Nikon Z6II and Z7II, with local availability in November (Z6II) and December. In the absence of pricing details from Nikon Australia, the US pricing (+ GST) equates locally to $3100 for the Z6II and $4625 for the Z7II. 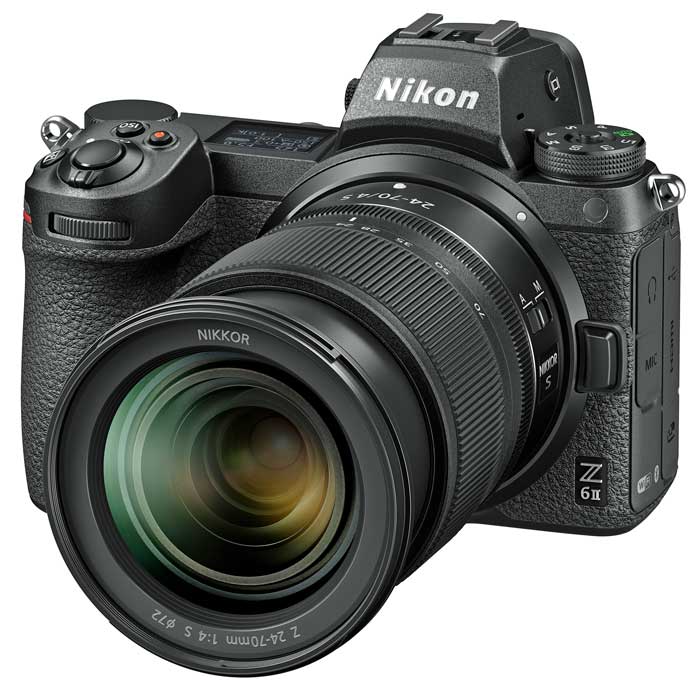 Nikon has identified the Dual Expeed 6 image processors as the major upgrade over the previous models, increasing processing speed and burst capability for stills, along with power efficiency.

Eye and Face-Detection AF is now available in the Wide-Area AF (L) mode, which works to avoid focusing on distracting elements by isolating selected portions of an image. Additionally, both models have an improved low-light AF detection range that is capable of acquiring subjects in challenging lighting.

Both cameras offer video output with an increased frame rate of 4K (UHD) 60p, plus Eye-Detection AF mode when recording video. (The 4K 60p option will become available for th4e Z6II in February 2021.)

The cameras allow users to reverse the focus ring orientation on the fly, assisting those who are used to manual focusing using traditional cine lenses. Output is at 10-bit N-Log and HDR (HLG), while for a fee the optional 12-bit ProRes RAW upgrade is also available.

The Z7II features a 45.7-megapixel backside-illuminated (BSI) CMOS sensor and a ‘native’  ISO range from 64 to 25,600. Maximum burst speed is 10 fps at full resolution in Continuous H mode. It has more than triple the buffer capacity of the Z7 (in 12-bit lossless compressed RAW). 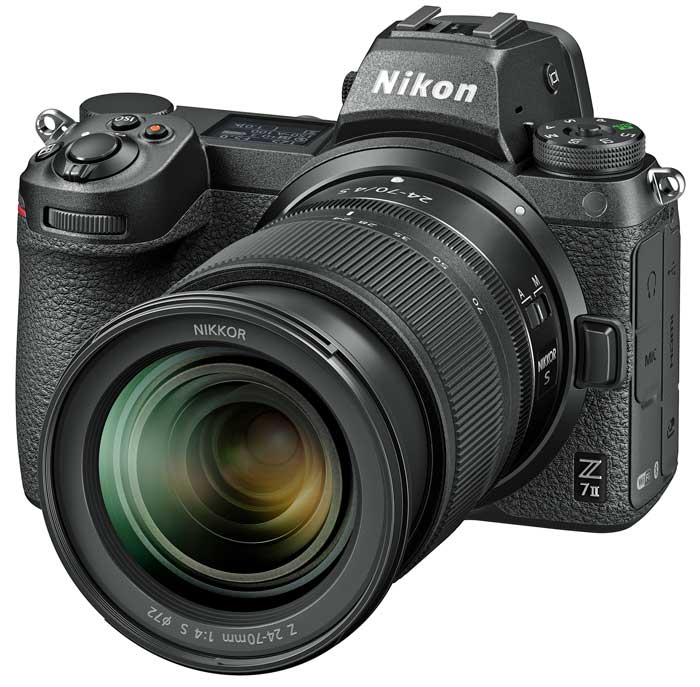 The Z7II’s 493 on-sensor phase-detect autofocus points cover 90 percent of the frame right out to the edges of the frame. It can focus in half the light (as low as -3 EV5) of the Z7.

The Z 6II will be capable of recording cropped 4K UHD/60p video quality with full pixel readout (firmware update coming in February). Currently, it shoots at 4K 30p, as well as Full HD 120p for slow motion. The Z6II’s AF speed and tracking sensitivity is adjustable, while the focus ring is also reversible. Indicators for focus peaking, zebra stripes and timecodes are provided.

For both models, 10-bit output to an external recorder with N-Log is possible as well as the capture of new HDR (HLG) video and output in 12-bit ProRes RAW with an optional upgrade. For upgrading customers, additional support will also be included for Blackmagic RAW when using the Blackmagic Design Video Assist 12G HDR recorder. This upgrade will also be provided for existing customers who have already purchased a ProRes RAW upgrade for the Nikon Z 6 or Z 77.

The Z 6II and Z 7II support Eye-Detection AF and Animal-Detection AF with video recording, enabling continuous focus on the eyes of humans, dogs, and cats.

The new cameras are constructed from magnesium alloy with extensive weather-sealing.

USB power delivery can be enabled while the cameras are in use, drawing power from the USB source first, to preserve camera battery or charging while the camera is turned off (when using the EN-EL15b or EN-EL15c battery).

The Z6II and Z7II also include in-camera exposure choices for up to 900 seconds for capturing super slow-shutter nighttime cityscapes and astrophotography.

Both cameras are compatible with the Nikon Webcam Utility software.  When using this function with a USB-C cable, power can be supplied to the camera to power it while using it as a webcam.

The Nikon SnapBridge app can be used to streamline the firmware update process by wirelessly sending the latest firmware file directly to the Z7II or Z6II for updating, no card reader or computer necessary.

There are currently 16 Nikkor lenses currently available, including the recently announced Nikkor Z 50mm f/1.2 S and 14-24mm f/2.8 S. Nikon has flagged a lens products by the end of 2021. 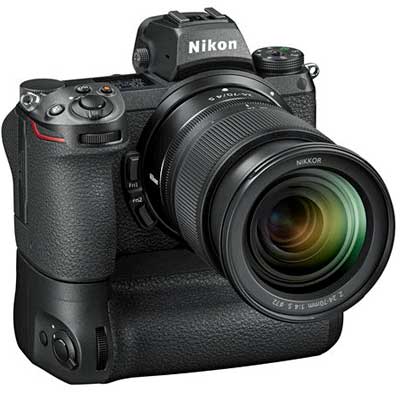 More accessories are also coming, including the MB-N11 Power Battery Pack with vertical grip. This new grip features external controls for additional manual operation and customization, along with more comfortable portrait orientation shooting. The battery grip also includes a hot-swappable chamber, enabling users to remove or replace one battery while shooting for uninterrupted power. It also adds a secondary USB-C port for standalone charging and simultaneous communication with other devices.

Nikon has also announced new wireless transceivers for remote triggering and radio-controlled lighting, the WR-R11a and WR-R11b. The new wireless transceiver units are designed for users who need minimal release lag when shooting wirelessly, or those that use one or more remote flashes (AWL). The user can control additional remote cameras simultaneously using the WR-T10 remote, or via a main camera equipped with the WR-R11a/b. The WR-R11a uses a 10-pin connector, while the WR-R11b connects through the accessory terminal that can be found on Z series mirrorless cameras and select DSLRs. The units can also trigger Nikon radio-controlled flash units, such as the popular SB-5000 Speedlight, without the need for an additional receiver unit.