Fujifilm Australia has announced the Fujinon GF30mm f3.5 R WR wide-angle prime lens will be available from late July with an RRP of $2799. All three GFX medium format cameras have also been given the ‘biggest firmware upgrade in the history of the GFX System’, including improved AF, new film simulation modes, gimbal/drone capability and more. 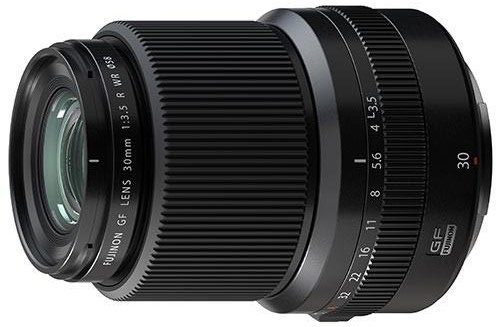 The lens consists of 13 lens elements in ten groups, including two aspherical elements and two ED elements. The high performance lens groups are positioned to control various aberrations, including typical wide-angle distortion.
It’s a portable little fella, measuring 99.4mm with a max diameter of 84mm and weighing 510 grams. The lens hood can also be reverse attached to minimise bulkiness. With sealing along nine locations it’s also weather resistant – that’s what the WR in the name stands for – and can handle temperatures as low as -10°C. 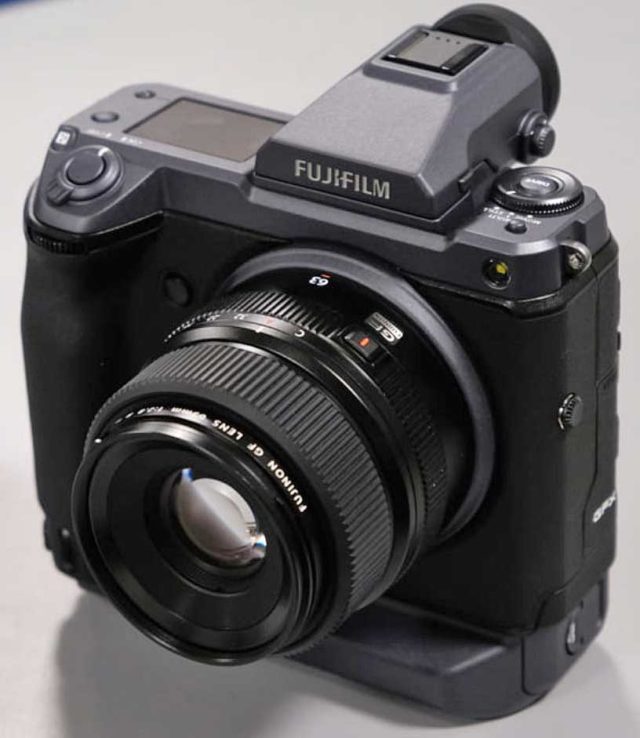 Enhanced image reproduction
– The number of Film Simulation modes for all three models have been increased. The new firmware adds Classic mode, simulating colour negative film, to all three cameras. The GFX 100 also receives the Eterna Bleach Bypass mode, simulating the film processing technique; and the GFX 50S and GFX 50R receive the Eterna mode, which replicates the colours and tonality of Fujifilm’s motion picture film.
– The ‘Smooth Skin Effect’, featured on the GFX 100, will be added to the GFX 50S and GFX 50R. It smooths the appearance of human skin.
– The ‘Colour Chrome Blue’, which, yep, adds depth to colour and tonal reproduction in blue skies and other primarily blue subjects, will be added to the GFX 100.

Improving AF performance
– The GFX 100 is now able to use phase-detection AF in low-light conditions down to -5EV. The new firmware also adds Low Light Priority AF-S mode to the GFX 50S and GFX 50R, which increases the time AF has to work, improving AF accuracy in low light.
– The firmware will enhance Face / Eye AF performance for all three models. Face / eye detection accuracy and stability are improved when shooting groups of people, which makes portrait photography easier than ever before.
– The Auto mode will be added to focus bracketing in all three models. Users can now specify the start and end points and shooting interval, and the camera will automatically determine the number of frames and steps required.

Expanding functionality
– Users can now adjust exposure settings from a computer when shooting stills and use software that supports some tether-shooting functions.
– More photo editing applications will support the import of rating information assigned in camera.
– For the GFX 50S and GFX 50R, the maximum number of photos that can be saved in each folder on an SD card will increase 10 fold from 999 to 9,999.