The update to version 5.4 of Adobe Lightroom has wiped out image files on a user’s iPhone or iPad if they hadn’t already been synched to the cloud or backed up locally. 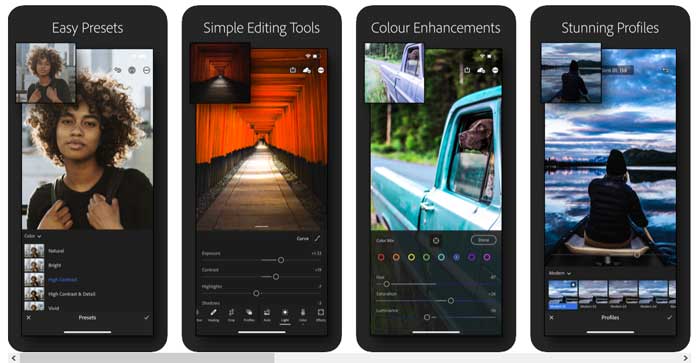 Adobe says the image files are irrecoverable, and that most people who have lost files were using the ‘free account’ version of the Lightroom app. The app itself is free, but there are a number of attached storage options which attract a fee. The upgrade was circulating for two or three days before the problem was discovered.

Not only have image files been irrecoverably lost, but presets and watermark data not previously backed up somewhere else have also disappeared. The issue doesn’t apply to the Android or  desktop rental versions, nor Lightroom Classic.

‘Unfortunately, the majority of people affected were using the free version of the mobile account, an Adobe spokesperson explained. ‘There were some paying customers affected, but only those photos that had been added but had not yet been synced. No data that was synced was lost.’

It appears possible that everyone using the free version of the app has had their files and image edits wiped, along with any paying customers who hadn’t synced to iCloud, a local backup or another cloud service. Adobe is uncharacteristically contrite: ‘We’re doing everything we can to make sure something like this never happens again. We’re also are and will continue to work hard to rebuild the trust lost,’ the spokesperson wrote. ‘It really is unfortunate that there’s not much that can be done…’

Adobe has now issued a new version, Lightroom mobile (5.4.1) for iOS and iPadOS, explaining that this will not bring back the destroyed image files or presets.

Adobe holds out some hope of using iPhone and iPad backups to recover photos and presets, directing victims to this forum.

Adobe’s blunder follows that of Canon, which around two weeks ago also had to apologise for permanently losing ‘some’ users image files stored with its new Image.Canon service. (Gotta love that word ‘some’ – helps avoid using ‘most’ and useful when ‘a small number’ would be deceitful!)