Leica has announced the SL2-S, a 24-megapixel full-frame mirrorless L-mount camera, is available now for $7500. 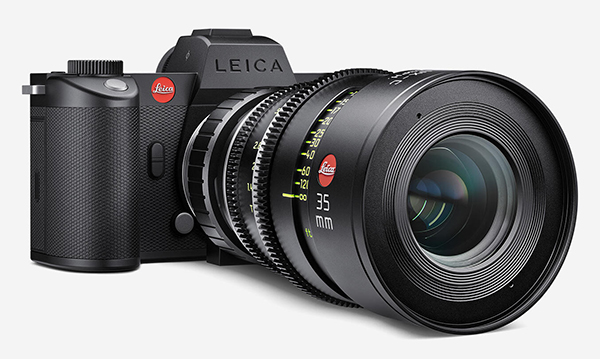 The Leica SL2-S isn’t the successor to the SL2, but a more affordable ‘alternative’ with a smaller sensor. Leica states besides the different senor it shares the ‘same core attributes’ as the SL2, including the ‘unique operating concept’, Leica EyeRes viewfinder, and all-metal dust and water body with an IP54 protection rating.

The ‘newly-developed BSI CMOS image sensor’ bares an uncanny resemblance to what’s used in the Sony a7 III and Panasonic Lumix S5. It’s capable of delivering a wide dynamic range, with 14 bit colour depth per RGB channel. Low light images with minimal noise can leverage sensitivity settings of up to ISO 100,000. The image sensor is suspended, providing efficient multi-axis image stabilisation with connection with any Leica lens.

The sensor is backed by the new Maestro-III processor, and combined with the 4GB buffer memory enables continuous shooting at up to 25 fps with buffer capacity is only limited by the storage capacity of memory cards. The SL2-S features a multi-shot mode, whereby the sensor shifts by half-pixel increments for up to eight frames, to produce high-resolution 96-megapixel image.

The Leica SL2-S is also a tool for videographers, capable of capturing 10-bit 4:2:2 recordings up to 4K/60p video. The camera can record unlimited video, only limited by the SD or external storage capacity. A firmware update, due for mid-2021, will enable the Leica SL2-S to support HEVC video compression standard for 10-bit recordings up to 4K/60p. This allows users to split video into one-minute segments to minimise the risk of data loss. Other features, such as an integrated waveform monitor and automatic Follow Focus, will be added with the firmware update.

The Leica SL2-S is the first SL model to enable direct tethered shooting with Capture One 21, giving users the option of remote control via the computer.