We have been reliably informed that the recently-announced restructure of the failing Target chain of department stores will involve a considerable expansion of consumer photo printing capacity around Australia. 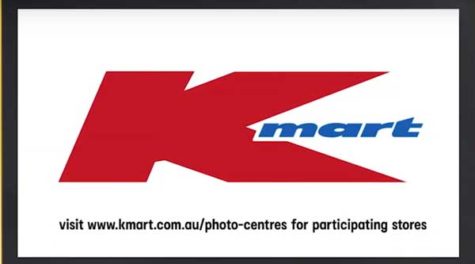 According to our sources (but unconfirmed by KMart) under the comprehensive renewal plan by parent Wesfarmers, around 40 of the 92 Target stores to be converted to Kmarts will offer photo printing services supplied by the Kodak Moments business unit of Kodak Alaris. (The bit they didn’t sell.) Another 78 Target stores will be closed down. The smaller-format Target Country stores are probably unsuited to housing photo departments due to limited space, so it’s reasonable to assume the full-range former Target stores will house the photo centres.

We attempted to contact KMart or Wesfarmers for confirmation, and details of which stores will have the photo printing departments, but have had no response from Mandy Confoy at the KMart Corporate Affairs department.

This is the official list to date of Target stores to become KMarts, with more to come:

Some of these will switch over to KMart livery this year, with the transition of all stores to be completed in ‘early 2021’. This would amount to the largest increase in the ‘installed base’ of consumer photo printing equipment in many years. However unlike its competitors, KMart/Kodak Moments does not offer an online option.

It’s a rare win for Kodak Moments, which lost the lucrative 160-store/online Officeworks business to Fujifilm in 2017.