Specialist photo retailers and professional photographers seeking new revenue streams (particularly in country areas, where you need to be all things to all people to pay the bills) have been dipping their toes into event and local sports photography and hiring out photo booth set ups for informal photo sessions. 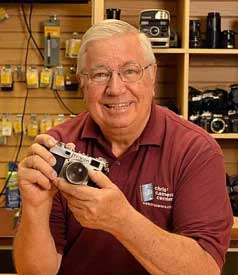 But as US photo retailing legend Chris Lydle (pictured right) told an virtual audience at the virtual IPIC 2020 conference in August, since Covid reared its plug-ugly head, ‘photo booths can kill people.’

And with our political leaders and the media having scared the metaphorical out of their populations over the last six months or so, anything as up-close-and-personal as a photo booth won’t be coming back into popularity in a hurry.

(As one wag wrote recently: ‘Frightening people is fairly easy. Un-frightening them is a bastard.’)

After a distinguished career Chris is kinda, sorta retired, but maintains an interest in Chris’ Camera Centers and Hotlanta Photo Booths. Having literally written the book on photo booths, he introduced IPIC to the simple, low cost and low risk alternative  – the virtual photo booth.

‘Without venturing out of your office or home, you can capture some of the magic fun of the old time photo booth. You can keep your company identity in front of customers, make some new friends and maybe even make a little money,’ he said.

Your ‘virtual guests’ take photos with their phones, send them to you, and get back a fun booth-like image in just seconds, while the pics get posted to an album. And of course there’s the potential for print sales.

He had the idea after seeing a ‘virtual prom’ being promoted by the local high school and offered to set up an accompanying virtual photo booth. This is how he saw it working: 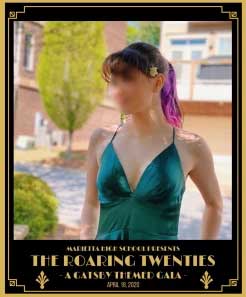 – We’ll design a custom overlay, much like our regular red carpet or photo booth overlays;
– Prom ‘attendees’ take selfies in their regalia or pyjamas;
– They post their photos on Instagram with a special hashtag;
– We harvest those photos into a computer folder (one of our programs does most of the work);
– We’ll pop those photos into that custom overlay;
– The photos will be uploaded to a gallery on SmugMug kind of like this:  https://hotlantaphotobooths.smugmug.com/Parties/Q100s-Girls-Night-Out-at-the-Coca-Cola-Roxie/
– A check over the photos before posting to make sure nothing inappropriate sneaks in;
–  The gallery stays up for several months.

‘Remember, this was to be a Virtual prom. The “attendees” wouldn’t be in a shared space, they’d just be listening to a DJ playing a special playlist. So I couldn’t even set up a camera in a central spot,’ he explained.

Off the shelf software was the glue which brought the concept together. He considered an events photography  software product called Darkroom Core, which has a feature where you can text your photo with a keyword to a Twilio number and it will text you back with your overlay. It will also create prints automatically and syncs with the company’s Event Gallery cloud server.
‘That would be one great way to do it, but considering the schedule I didn’t want to try a software that was new to me and for which I hadn’t bought a license,’ he said. ‘I already had a licensed copy of Breeze Hotfolder (licence US$175, previously called Hotfolder Prints),and because it’s a lot like Breeze’s photo booth software, I was pretty familiar with creating layouts and work flow.’
Hotfolder includes a couple of useful plug-ins in Hashtag Monitor and SmugMug Uploader. There are two versions of the Hashtag Monitor, one for Twitter and one for Instagram.
Instagram is way more popular with high school students than Twitter, and because of its ‘natively’ square layout also gets around the challenge of vertical and horizontal layouts: ‘I designed an overlay with the square format. Since making prints was not a factor, I made the overlay 1200 x 1600 pixels with a 1080×1080 opening for the image.’
And if you take a photo within the Instagram app you can immediately add a hashtag in the message panel section.
Then the Breeze Hashtag Monitor checks every 90 seconds for new hashtagged image files, Hotfolder Prints converts them to booth-type pics and the SmugMug Uploader puts them into a folder on SmugMug.
Chris emphasised that you need to get Hotfolder going before you turn on the Hashtag Monitor as it has to be running when image files start arriving.
Another alternative to Hotfolder, being promoted as ‘Your Virtual Photo Booth’, is FrameYour Selfie, (licence US$199). Using this software, guests text their selfies to a phone number where they are inserted into an overlay. It requires a Twilio account as well.
‘One of the big questions is, how do you make money out of this? I don’t know,’ was his candid response. ‘There are people who claim they are charging as much for this as a regular photo booth. Email your customer list and tell them what you are doing, tell them you have got something new. Leave a sample event up on your site. Your sample layout could include a special offer.’
For far more detail on Chris Lydle’s voyage into the world of the virtual photo booth, click here. And if you are more interested in real photobooths, there’s a wealth of information here: www.photoboothanswers.wordpress.com.
And if you just want a quick and easy way to disappear backgrounds (and who doesn’t?): https://www.remove.bg/