GoPro has announced the Hero9 Black, featuring a new 20-megapixel sensor that delivers 5K 30p video capabilities, is now available for an RRP of $700. 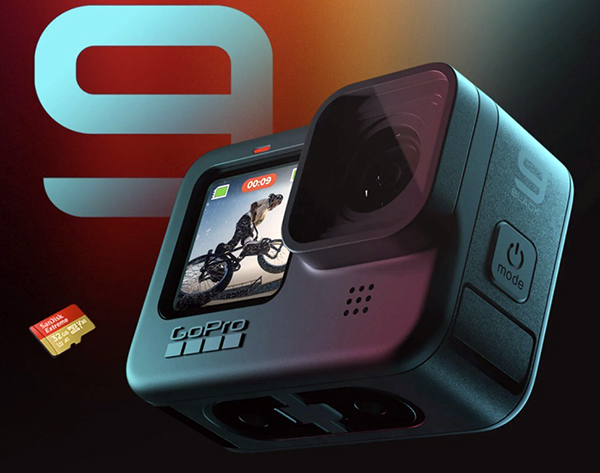 The front colour display is 1.4-inches with live preview and status modes, and a 2.27-inch rear touch display has touch zoom. The removable battery has a 30 percent increased life compared with the Hero8 Black, with improved cold weather performance.

The action cam can live stream and be used as a webcam at 1080p.

Oh, and one other thing, ‘perhaps the most exciting in the long run’, GoPro has eliminated the product’s plastic packaging.

‘Reducing as much plastic as possible from our business is a priority for us,’ said GoPro founder and CEO, Nick Woodman. ‘We’re excited to package the Hero9 Black in a high-value travel case instead of traditional wasteful packaging, and we’re committed to doing the same with the rest of our cameras by the end of 2021.’