Fujifilm has announced a major firmware update for the X-T3, a 26.1-megapixel APS-C pro-oriented mirrorless camera released in 2018, which will dramatically improve the AF speed. 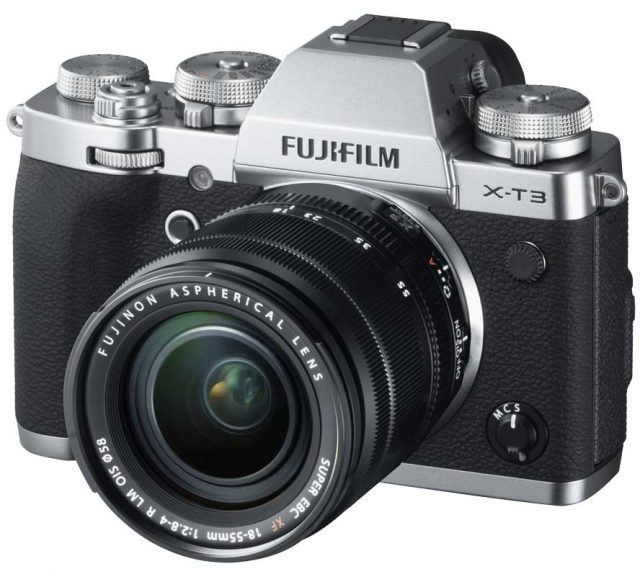 In 2017 Inside Imaging noted how Fujifilm uses firmware updates to ‘not just to fix bugs and tweak settings, but add all-new performance features to existing bodies – effectively providing owners with a better camera than they initially purchased’.

‘It seems to be a clever way of responding to photographers who resent feeling compelled to upgrade their camera body every second year, and fully exploits the flexibility of digital camera technology. It also makes Fujifilm cameras potentially better value for money than their competitors.’

And here we are once again with firmware update v4.0, available on October 28, which will advance the X-T3’s AF speed so it matches its successor, the X-T4.

‘This firmware will boost the AF speed, the camera’s AF tracking performance and the Face / Eye AF,’ Fujifilm says. ‘In addition, the size of the AF area can now be adjusted during video recording. The update will bring new life to the X-T3, adding greater speed to make a great camera even better.’

The AF speed has been improved from .06 seconds to .02 seconds, and the algorithm for predicting subject movements has been updated, meaning the ‘hit rate’ is ’90 percent or more’.

Here’s the full list of improvements:
– AF tracking performance has been doubled. Press the shutter button halfway down when a subject is in  the focus area to maintain focus on the subject with a higher level of accuracy;
– The Face Tracking / Eye AF performance has also been upgraded. The algorithm has been re-written to double the tracking performance of the Eye AF in continuous shooting modes. The camera can attain focus on a face or eyes quicker and more accurately even when shooting portraits that involve some movement;
– The update also allows the camera AF to work in low light levels down to -7EV*, facilitating fast and highly-accurate phase detection AF even in near darkness;
– The new firmware adds the “Focus Limiter” function which gives a pre-define specific focus range.
*When using the FUJINON Lens XF50mmF1.0 R WR
Miscellaneous
– The size of the Single AF point can be adjusted during video recording;
– Photo ratings can now be read by third-party software, allowing users to find their favorite pictures quickly;
– Ratings to images recorded in the [Jpeg + RAW] mode are applied to both Jpeg and RAW files.