Fujifilm has announced the GFX100 medium format camera will now be able to capture a staggering 400 megapixel image, thanks to a new pixel shift mode added via a major firmware update, version 3.0. 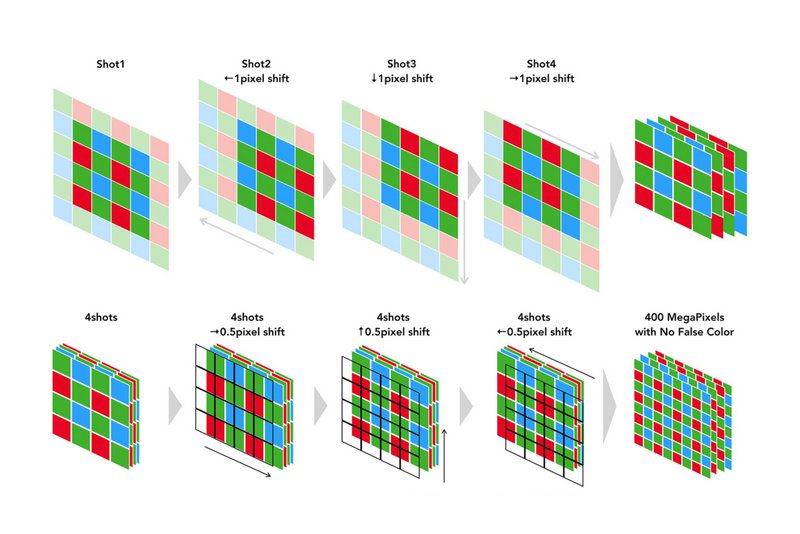 The Pixel Shift Multi-Shot works by moving the image sensor by 0.5 pixels over 16 images to incrementally record high-res RGB pixel information. The images are then imported into the Pixel Shift Combiner and stitched together to create a single 400-megapixel image. They can then be outputted as a DNG Raw file for further processing in Capture One or other editing software.

Such a function, while impressive, obviously has limited practical applications. This will be a feature for museums and institutions, or any other parties involved with digital archiving and preserving works of art, cultural assets, or commercial photographers requiring extremely high colour fidelity and the reproduction of fine details.

In addition to combining and outputting DNG Raw Files from Pixel Shift images, the Pixel Shift Combiner works with tethered capture for seamless transition between capturing images and editing them.

The Fujifilm GFX100 Firmware Update 3.0 also includes the following:
– Ratings to images recorded in the [Jpeg + RAW] mode are applied to both Jpeg and RAW files;
– The phenomenon is fixed that in a multiple-flash shooting where the EF-X500 is used as a commander, flashes in some groups sometimes don’t fire correctly. Also in case the EF-X500 is used as a commander and the EF-60 as a remote flash, upgrade the camera firmware to the latest version;
Accuracy of the Eye AF function for the front eye is improved;
– Fix of minor bugs.