The Australian Government has released a consultation paper for commercial drone use, highlighting the benefits and risks of drone technology, with the goal to map out a ‘comprehensive national policy’. 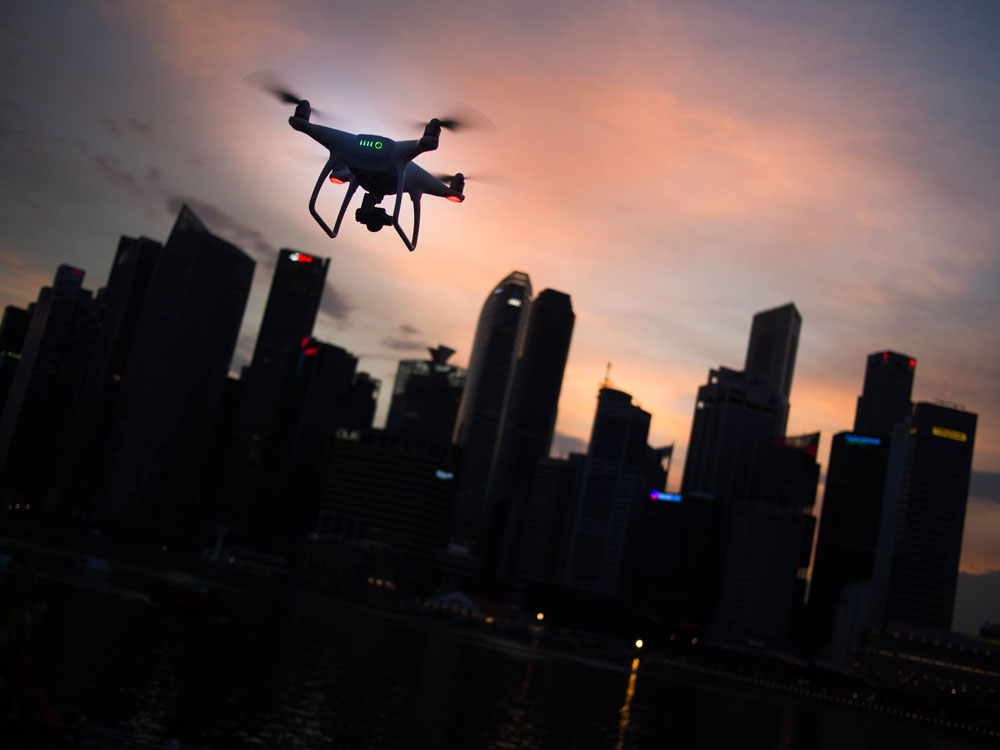 Unmanned Aerial Vehicles (UAV) are providing new economic and innovative opportunities for various industries, with the ‘(global) market value of drone powered businesses… around AUD $163 billion’, but the government concedes the technology comes with numerous risks, particularly relating to the misuse of drones and the data they collect.

‘Noting the potential economic and social benefits, the rationale for a national policy is to provide certainty for industry investment and provide a clear policy and legal framework that actively encourages and facilitates the use of this technology. However, the policy and legal framework will also include a range of measures to mitigate potential risks and impacts on the community. It is vital that these technologies operate in a manner that is safe, secure and considerate of the community and the environment.’

The paper kicks off with some interesting insights. For instance, there is no accurate information regarding how many drones are in Australia, with estimates range from 50,000 to one million. As of mid-June there are 16,300 CASA-certified Remote Pilot Licence holders. Oh, and apparently eight percent of Americans own a drone!

Here’s some more global-based figures to consider. Commercial drone use is expected to grow by 380 percent between 2018 – 2022, while consumer drone growth will slow, with only a 42 percent increase in the same period. It looks like the consumer drone market may near its plateau, while commercial drones head for exponential growth as new applications are discovered.

The paper highlights areas where drones are being used for good and not evil. Little Ripper drones on the Gold Coast deploy a flotation device for distressed swimmers; drones have been used to acquire scientific data that’s otherwise difficult or dangerous to collect, such as monitoring crocodile eggs; they are being used to deliver essential items to vulnerable people during the pandemic; and may also save lives by replacing workers in high-risk jobs, such as aerial applications (agricultural spraying), firefighting, constructions, and so on.

While people are now more relaxed in the presence of a UAV, the anti-drone brigade regularly voice a number of reasonable concerns.

Drones can be noisy, intrusive, and an invasion of privacy; they are capable of creating a catastrophic mid-air collision; causing fires by crashing; disrupting first response operations; grounding flights at airports causing major travel disruptions; being used for terrorism (remember terrorism?) or other nefarious purposes; hijacked by hackers; and recorded data could be acquired by third parties.

‘The cyber threat associated with drones is also becoming more prominent. Both recreational and commercial operators are at risk of unauthorised access of sensitive information, intellectual property and other data if they operate drones on unsecure networks or using unencrypted communication links.’

The Chinese elephant in the room
While the paper makes no mention of one particular threat, the Sydney Morning Herald doesn’t dance around the subject. The consumer drone market leader, DJI, is based in Shenzhen, making it legally obliged to hand over any requested information to Chinese Communist Party (CCP). The Sydney Morning Herald interviewed retired army personnel and security experts on the matter.

‘This is a gargantuan amount of data that we’re talking about,’ said Colonel John Venable, a retired US Air Force pilot, who is now a research fellow for conservative think tank, Heritage Foundation. ‘The average drone operator going out and flying a drone over an area in Melbourne or Sydney. They’re basically allowing this drone to capture detail with very precise geolocation capabilities and map the cities. Most people really don’t understand why that shows value, but the Chinese government does.’

Back in 2019 the US government accused DJI of spying on its customers and transmitting the data back to China. And while DJI denied ‘automatically’ sending data back to China, the country’s 2017 National Intelligence Law forces local businesses to cooperate with state intelligence.

‘DJI customers can fly their drones without any internet connection, and they always have control of how their photos, videos and flight information is collected, stored and transmitted,’ he said. ‘This information is never automatically transmitted to DJI or anywhere else. Even if we are presented with a lawful request for data from a government agency, DJI cannot provide information that we don’t have.’

Although one security expert points out that even if DJI was collecting and transmitting data, it wouldn’t be transparent about it.

‘What they (DJI) will tell you is, they keep it secure on their servers which happen to be in China . But as we’ve seen with other Chinese companies, just because they say that, it’s not always the case. So, if the Chinese government asks for it, they have to give over the data and DJI does not have to tell you they’ve done so,’ said Allan Liska, a senior security architect at global security intelligence provider, Recorded Future.

The public are invited to provide comments and submissions on the issues paper. Click here for more info.