UPDATE MARCH 13: Nikon’s new premium sports DSLR, the D6, will not ship until May 2020 due to the coronavirus disrupting its supply chain through China, and Canon’s R5 may also experience significant delays. Meanwhile the COVID-19 spread has resulted in major photography trade shows being postponed or cancelled, including UK’s The Photography Show, USA’s 2020 NAB Show, and the Netherlands’ World Press Photo Festival. 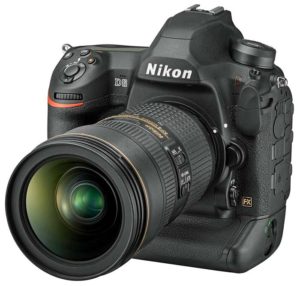 The D6, announced in February, was due for release in March. While Nikon Australia hasn’t issued a local announcement regarding the shipping delay, Nikon USA’s issued the following statement on March 9:

‘As a result of delays in the procurement of parts and components from a third-party cooperating company due to measures implemented in response to the spread of COVID-19, the release of the new Nikon D6 digital SLR camera, originally planned for March 2020, will be delayed. We sincerely apologise to our customers and all those concerned for any inconvenience this may cause.

‘We are now planning to release the Nikon D6 in May 2020 and will announce the new release date once it has been determined.’

Canon Rumors is reporting unconfirmed insider gossip that production for the EOS R5 (and R6), the flagship full-frame mirrorless camera, is at 25 percent and shipping delays may be imminent. The plans are to either ship a reduced quantity of the R5 and R6 on the scheduled release dates in July and June, respectively; or push the release back to October when stock will be plentiful.

While it’s an confirmed rumour, it seems plausible that Canon’s supply chain has been affected by the halt in Chinese manufacturing. It’s surprising there haven’t been more production delays.

The photo industry global supply chain can be a complex beast, with multiple countries participating in the manufacturing process and China obviously playing its role. While assembling products may not necessarily take place in China, many components are sourced from the country. This is the case with the Nikon D6, and follows on from Canon closing closed three Japanese factories ‘due to the influence of the new coronavirus’ on the supply of parts from China.

So far Nikon and Canon are the only companies to flag delays. While China is reportedly recovering from the virus outbreak, more delays may come – particularly if virus-related disruptions continue in other major manufacturing hubs or ports.

Drone manufacturer DJI, which is based close to Hong Kong in the Guandong Province of Shenzen told Inside Imaging: ‘Following the Chinese Lunar New Year, production capacity is increasing stably, and we have enough stock to fulfil most of our orders. Due to the COVID-19 situation and traffic control measures, the shipment time of some orders may be delayed. We will continue to monitor the situation closely and adapt to developments accordingly.’

Bad timing for trade shows
The UK’s The Photography Show has been postponed from March 14-17 until later this year; and the NAB Show (National Association of Broadcasters), taking place in Las Vegas from April 18-22, has been cancelled following Adobe and Nikon pulling the pin on attending.

The Photography Show (and The Video Show) runs in Birmingham, England and attracts 300 brands as exhibitors and 32,000 visitors each year.

‘The Photography Show & The Video Show has been following Government guidelines regarding the continuation of our event surrounding the outbreak of coronavirus,’ organisers said in a statement.  ‘However, as the news has been progressing we have listened to the concerns, from all parties, around the health and welfare of their staff.

‘The wellbeing of our visitors, exhibitors and staff is of the utmost importance, we have therefore taken the extremely difficult decision to postpone The Photography Show & The Video Show until later in the year, when we will be able to deliver the show you deserve.  We are now working through the ramifications of this unprecedented situation.’

The same goes for NAB 2020, with CEO Gordon Smith calling the trade show off due to health and safety concerns.

‘In the interest of addressing the health and safety concerns of our stakeholders and in consultation with partners throughout the media and entertainment industry, we have decided not to move forward with NAB Show in April,’ Smith said in a statement. ‘We are currently considering a number of potential alternatives to create the best possible experience for our community.’

Earlier this week Nikon USA and Adobe both released a short statement indicating they would not participate in the trade show in response to the spread of COVID-19.

‘Each year, we look forward to seeing our video community at NAB to talk about the latest trends and our product innovations. Over the past few weeks, we have been closely monitoring and evaluating the situation around COVID-19 and have made the difficult but important decision to cancel our presence at the show this year.

‘While we are disappointed, the health and safety of our employees, customers and partners are always our priority. We look forward to engaging with our NAB community through a digital experience in the near future.’

‘”Social distancing” is the way the risk of the COVID-19 virus is being managed, and we have concluded we can not hold events where international guests are invited to join local participants in a mass gathering,’ organisers said in a statement.

WPP will not postpone the event for later this year due to the ‘ongoing uncertainty’ of COVID-19. Of course, the winners will still be revealed online on April 16.

Here’s an excerpt of WPP’s statement:

We are devastated that we will not be holding two of our major events that honor and showcase this year’s contest winners in person. Both events have become pivotal occasions for the visual journalism community to come together and we are all going to miss this moment.

We were well advanced with the planning for these events and to bring that to a stop is not an easy decision. Combined with the on-going uncertainty about the scale of the COVID-19 virus, this means it is not possible for us to postpone the events until later in the year.

However, the safety of our community, staff and society outweighs all other considerations.

This follows in from CP+ in Japan being cancelled at the end of February. The next big European trade show, Photokina, scheduled to run from May 27-30, has not yet been cancelled. In late February organisers said ‘at this time, there is no reason to halt a large-scale event like Photokina’, however they will act on the advice of health authorities.

The situation in late February across Europe was much different to now. The situation seems to shift dramatically each day. With safety precautions increasing to contain the spread, it seems likely Photokina (and many other events) will be cancelled.