Cherine Fahd, a Sydney-based photographer and academic, has won the 2019 Australia & New Zealand Photobook Award for Apókryphos, a book featuring 24 found photos from her grandfather’s 1975 funeral.

The photos in Apókryphos, published by M.33 Melbourne, were found when Cherine’s grandmother gave her a box of family photos. While she doesn’t know who captured the funeral images, she was drawn to them after witnessing her young parents, grandmother, and extended community dealing with grief and mourning the untimely death of her grandfather.

‘[Apókryphos is] a sophisticated book with an exceptional and original structure, clear fruit of a close collaboration with the designer,’ the judges said. ‘Through playful deconstruction of compelling visual elements, a complex narrative on grief and mourning arises, making us look beyond the superficial to discover poignancy in the trivialities of everyday life.’

The 128-page book, printed in an edition of 500, features ‘annotations, footnotes and redacted text [Cherine] forensically yet intimately guides the reader through the mysteries of the event captured, offering a literary response to the photographs and to the unknown status of the photographer’. 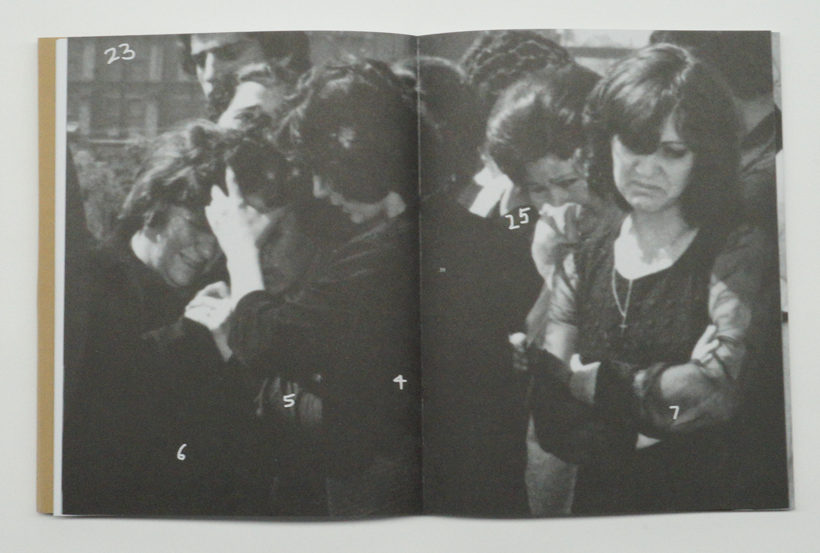 The title, Apókryphos, is an ancient Greek term that means hidden, concealed or obscure.

‘There is an unwritten contract that grief is private, unphotographable,’ writes Cherine. ‘Even in the family album, it is kept hidden. Family albums celebrate our moments of togetherness; birthdays, holidays and weddings as well as ordinary moments of domestic life. But what of death? What of images of grief and loss?’

Cherine is the director of photography at the University of Technology in Sydney. Click here to read more about the photos.

The recipients of the 2019 Student prize are Matteo Dal Vera and Michael Weatherill, also from University of Technology in Sydney, for The Bridge. The students collaborated on the book by returning to and documenting a body of water, to compile ‘a lyrical response to the ebb and flow of the life that surrounds it’. 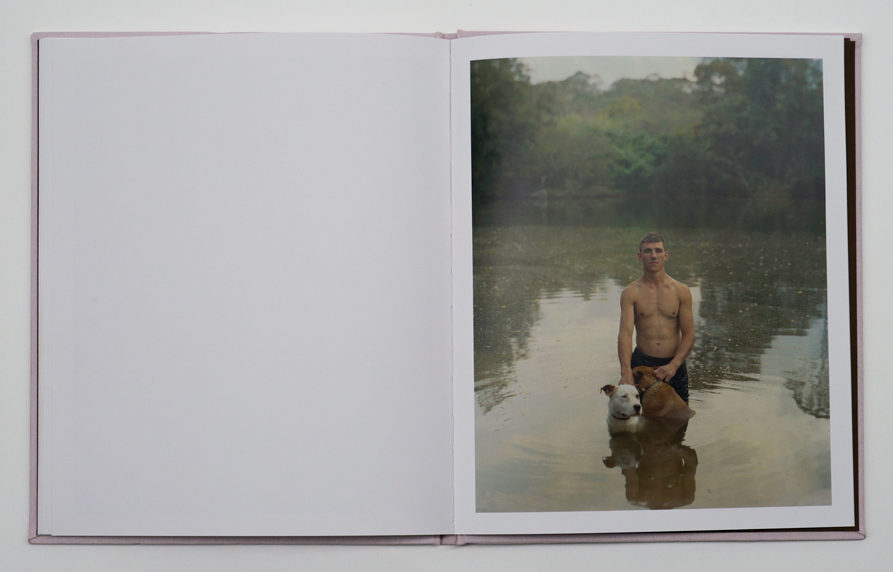 The judges described the book set as ‘a serious and beautifully executed collaboration from two students who return to one stretch of river over the course of a year. Balanced and deft, tender and powerful, the three volumes drive home the collision between man and nature. They also demonstrate deep consideration of all facets of photobook making. The Bridge is a forceful and poetic photographic debut’.

The judges also commended two books in the Photobook category: Jump Into Bed With Me by Paul Knight and published by indie art publisher, Perimeter Editions; and Tem Bigato Nessa Goiaba, self published by Cecilia Sordi Campos of Melbourne.

‘The majority of the 104 entries were self published books, in an edition smaller than 250, in a size that would fit easily into an A4 envelope, and selling at $75 to $100 RRP,’ said Libby Jeffery, award co-ordinator and Momento Pro co-founder. ‘Compared to past years, there were more ISBNs, and more input from editors and designers, suggesting that antipodean photobooks are becoming more sophisticated, easier to find and reaching larger and farther audiences.’