Canon goes its own way

It must be a source of pride for Canon that it has been able to maintain market leadership in cameras sold year in, year out, for far longer than most global brands in any industry segment are able to hold on to that cherished peak position.

And it’s not as if it enjoys a monopoly – with half a dozen brand options, consumers have a vast range of worthy alternatives. If it were an athlete, Bruce McAvaney would describe Canon as ‘Special’.

I recall complimenting a Canon marketing manager 10 years or more ago on securing the ‘premiership’ for that year yet again, to which he noted that the problem with being top of the table is there is nowhere to go but down. ‘A nice problem to have’ some might say, but it’s a dilemma shared by all market leaders: where do you find growth?  It becomes increasingly hard to win more market share when your unit sales, according to the data from news outlet  Nikkei, were more than # 2 (Sony) and #3 (Nikon) combined in 2019.

And even if you do, in a market which is shrinking 20 percent each year, you will still be going backwards!

So, what to do? Reduce costs, increase efficiencies, blah, blah, blah; but any business can do that, including Canon’s competitors. Canon’s strategy has been far bolder. It has been willing ‘to spend money to make money’.

Since about 2012, Canon has been assiduously leveraging its ‘installed base’ of cameras and their owners to seek out new business opportunities. In that time it has been by far the most ‘entrepreneurial’ operation in the photographic industry. It’s more inclined – both locally and in other markets – to try new things to generate new revenue. That has meant occasionally treading on some of its customers’ toes!

This change of direction was, perhaps necessarily, accompanied by a ‘No More Mr Nice Guy’ cultural change. Having previously been an enthusiastic participant – a leader in fact – in supporting industry associations (IDEA, AIPP, PMA) and events (annual trade shows, the APPAs, Head On) it withdrew from the broader photographic industry – both here and overseas – with a sharp focus on owning the relationship with Canon-supporting consumers. Even if that meant nudging its ‘retail partners’ aside.

It’s on the record from those times that senior executives at Canon were concerned that retailers couldn’t be relied upon not to switch potential camera purchasers to another brand. This encouraged (justified?) Canon to go early and go hard in online retail – hence the Canon Store.

Perhaps it was working from the Apple playbook. Apple is part of the consumer IT world, but at the same time it is singular and separate – and fabulously successful. The walled garden of proprietary software, well-designed products, and its constant innovation are only part of the story. Sharp control of global distribution, limiting outlets, direct-to-consumer sales and fierce discipline in maintaining prices at retail, are the kinds of things few other companies could get away with. Because people love Apple gear. The Canon brand, while maybe not in Apple’s league, also generates a lot of affection among consumers and professionals alike.

The Canon Store (direct retail) and the Canon Collective (education, cross-selling to Canon  Store) closures could mark a move back to a more conventional ‘go-to-market’ model, but could simply be down to those particular initiatives being unprofitable – or not sufficiently profitable given the resources invested.

Given Canon has at the same time reduced sales rep support to retailers, it probably stems from a head office directive to reduce costs. So probably not a new dawn for Canon and its supporting retailers!

But the online retail outlet and the photo tours/education business are only a fraction of Canon’s entrepreneurial projects over the past nine years or so. Some have worked, some haven’t. Some have alienated parts of the industry who may have felt Canon was stealing their lunch! It’s worth listing the initiatives Canon has had a go at making successful since it decided to ‘go it’s own way’ almost a decade or so ago:

The Canon Collective, formerly the Canon Academy, was one of the first cabs off the rank along with the Canon Store back in 2011/12. At the time, retailers were also scratching around for new income streams, and Canon recognised the opportunity and  got in on the ground floor with its well-resourced, professional-looking offer. It’s unlikely it was a financial success as Canon wouldn’t have closed it down if it was, but it must have been the catalyst for camera and lens sales which may not have happened otherwise, and presumably some of those sales would have been made in the Canon Store.

The Canon Store was initially, according to Canon director, Jason McLean, only intended to account for a  couple of percent of Canon’s Australian sales, was not going to be price-competitive with Canon authorised retailers, and ‘with hand on heart I couldn’t see us selling L series lenses’. Things changed along the way and L-series lenses along with the rest of the Canon range ended up on the Canon Store, which was fully retail, with price discounts, special offers and seasonal promotions. Retailers will be bidding good riddance to it.

It would be fascinating to know whether it ever turned a buck for Canon. With the advantage of a gross margin which included everything from landed cost through to RRP (ex GST) it certainly should have, but it looked like an expensive exercise to keep running, especially with the huge effort which went into supporting Canon social media properties such as its Facebook page. Perhaps Canon has now proven to itself what retailers were advising at the time: that wholesalers should ‘stick to their knitting’.

Photo Pico: This was Canon’s venture into photo printing services, once again in direct competition with that portion of its photo specialist customers who offered photo printing. It was also a way of generating some throughput for the unique Dreamlabo high volume/high image quality inkjet printer. Photo Pico is still operating, but with a limited range and a tired-looking website (When the homepage shouts ‘Offer ends August 2019’,  you know someone has lost interest!).

Dreamlabo deserves a special mention itself. Canon married its expertise in high-volume reprographics with its inkjet printing smarts to create a high volume, high quality inkjet printing machine like no other. Printing in seven colours and at up to 2400dpi, and capable of producing a 20-page A4-size photobook in just 80 seconds (or 2400 6x4s in an hour), the Dreamlabo 5000 should have been the start of something big for Canon. At the time we enthused that the entry of Canon into the photo book market in particular would drive new demand. But although the Dreamlabo produces extraordinarily photographic prints with superb text it has a price tag of close to half a million dollars and was never well-promoted by Canon. Most people in the photo industry will be unfamiliar with it. Perhaps Canon just didn’t know how, or who, to sell it to. Bloody impressive printer, though. 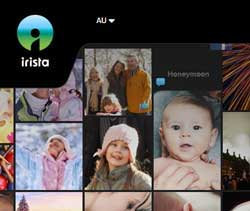 Irista was developed out of Canon Europe, and was Canon’s entry into cloud storage. It closed down early this year. Presumably Canon didn’t close it down because it was a huge success. There was no compelling reason, except perhaps for Canon loyalists, to chose Irista over alternative storage services. It’s rates weren’t particularly attractive when compared to competing services. It was useful, however for cross-selling services from Photo Pico, which Canon Europe engaged in. Irista was not enthusiastically promoted in Australia. Maybe the ‘not invented here’ syndrome?

Sun Studios Melbourne located in Richmond is a smaller outlet offering lighting and camera equipment, an equipment rental service, and  studios for rent.

Sun Studios in Sydney is unique in Australia in size and the range of facilities available. The acquisition took competing with customers to a new level. There are a small number of businesses offering a full range of professional photographic products, and studio and equipment rentals in Australia. One of those, L&P Photographics, closed its doors around three years after the acquisition, after operating in Sydney for 38 years.

Canon Experience Store: Canon has multiple ‘bricks and mortar’ retail outlets in some countries but only a couple in Australia. The Canon Experience Store – bearing a strong resemblance to an Apple store – opened in 2018 in South Melbourne in the same premises Sun Studios operates from. 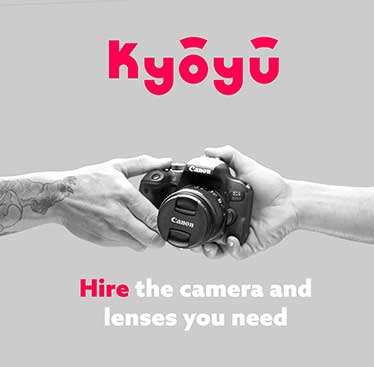 Kyoyu: One of the most imaginative of Canon’s money-making initatives, Kyoyu operates as a middleman (middleperson?) bringing together photographers wanting to rent their photographic gear out with people wanting to rent it. Sun Studios also rents out gear on the Kyoyu platform.

Wall decor: In 2018 Canon expanded its portfolio of retail businesses to include wall decor among products sold from the Canon Store, commencing with a series of spectacular framed and unframed aerial landscapes from the Canon-sponsored ‘Girt By Sea’ series from Tony Hewitt and Dennis Glennon. Printed at Sun Studios, they were on offer from $1000 to $1650.

So where do we go from here? The indications are that Canon has passed its era of growth through new businesses and is now trimming its sails.

The recent closures of the Canon Store and Canon Collective are both good news for the broader photographic industry – sparing a thought for those at Canon who have lost their jobs. Hopefully they will find new opportunities in the industry. Sales which went direct to Canon will go to real retailers. Photographic experience businesses and educators have the opportunity to fill the Canon Collective-sized hole in that segment of the market. As the old saying goes, it’s an ill wind that blows nobody any good.
– Keith Shipton