Canon has continued to fuel the hype train for its upcoming EOS R5 full-frame mirrorless camera, this week trickling out a bit more on the video specs, which apparently include 8K RAW recording. 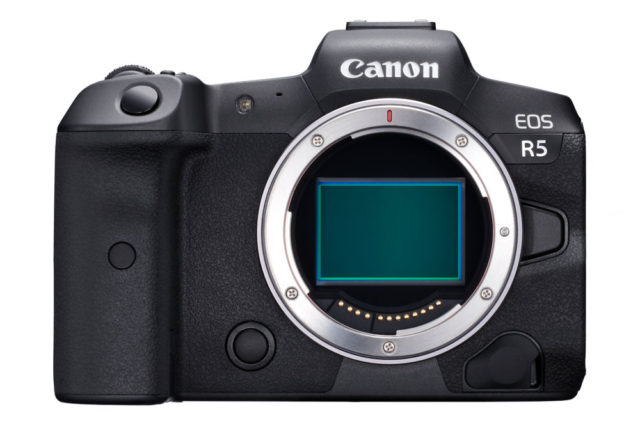 The latest announcement comes just over a month after Canon Australia came out with a press release to ‘shut down speculation that some specs are “a fantasy”’, that unveiled 8K 30P video capture and human and animal AF tracking.

Photo media are making a big deal out of this one, with Petapixel proclaiming the yet-to-be-released or even EOS R5 is ‘the most exciting camera anyone has released in over a decade‘, while DPReview is more measured and less click-baitey with its headline, ‘R5: Go big or go home’.

The consensus is Canon may be finding its feet again, with the EOS R5 anticipated to be the mirrorless 5D Mk II, which launched the DSLR ‘video revolution’ in 2008. Yet Canon never  followed up with major new DSLR video innovation, and after a few lacklustre releases its competitors began to surpass Canon’s DSLR video specs. Meanwhile Canon launched a C-series of cine cameras.

By holding back significant DSLR video upgrades, it’s believed Canon was concerned about cannibalising its market share in the cinema camera market. Perhaps Canon didn’t expect Sony to dive deep into the mirrorless full-frame market, which ultimately resulted in a growing gap in the great spec sheet race between the two companies.

The EOS R5 may be Canon catching up to the competition. Without any information about the camera’s overall performance, it’s feels a little premature to make any bold statements. The great ‘known unknown’ after Canon’s serial leakages is how long exactly the R5 can shoot 8K RAW at 30fps before melting. No word yet. We’ll have to wait for the next announcement, or maybe even the one after that!