Canon counts faces in the crowd

It happens almost every time: there will be a protest march or demonstration or perhaps even a Presidential inauguration ceremony. The organisers will issue a press release estimating the crowd as around 10,000, or 100,000 or some other equally impressive figure. The ‘official’ estimate will be around one-fifth of the protest organisers’ figure. While this allows supporters on both sides of the issue to be comforted by the figure which supports their view of the world, it leads the objective observer to wonder who is telling porkies this time! 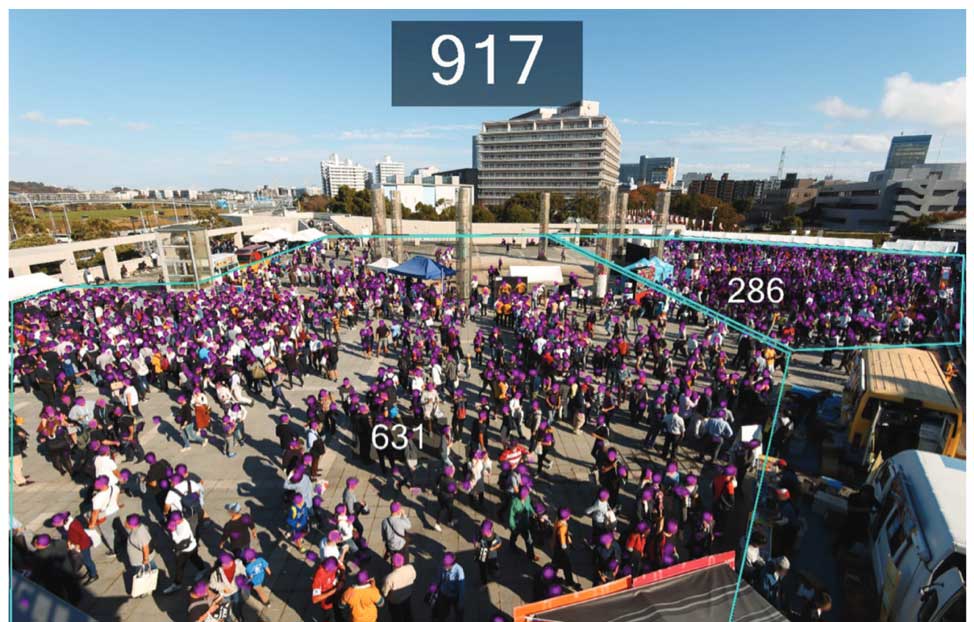 Now, the Canon Crowd People Counter ‘can quickly provide event management teams and law enforcement agencies the ability to gather crowd size data in real-time’. It’s used with a range of Canon and Axis network cameras (CCTV) and, says Canon, ‘can help detect overcrowding and potentially prevent accidents at a variety of locations, including stadiums, airports, train stations, houses of worship, and other venues.’

‘Now more than ever, cities and venues are extremely conscious about crowd control and social distancing,’ said a Canon USA executive v-p. ‘With the current COVID-19 pandemic, it has become extremely important to be able to monitor the density of crowds. Our new Crowd People Counter software can help to manage crowds in real time and will provide valuable data to help keep people safe once large gatherings and events return,’ he said.

‘The software data can help to determine the appropriate number of police officers, security guards, emergency medical personnel, and ambulances needed in a given area. Because of the real-time crowd analysis, security and event staff can be re-positioned to ensure appropriate staffing as events take place within large venues, helping to increase safety all while managing crowd size. The crowd data also supports staff optimization for future event planning,’ the Canon press release explains.

The Crowd People Counter software works in tandem with Canon and Axis Network Cameras and Windows-supported devices using both Webview and VAPIX protocol for live streaming. A separate plug-in version of the software, Crowd People Counter for Milestone XProtect, is available and supports live streaming and recorded data from Milestone XProtect. What the is ‘Milestone X Protect’ you might ask? It’s surveillance software with, among other features, facial and car number plate recognition.