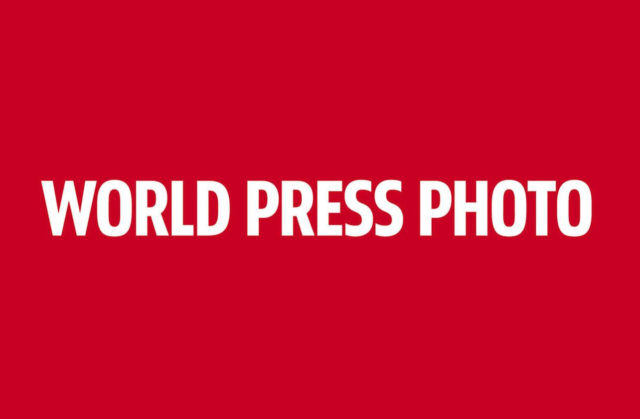 In 2019 Boering announced the WPP had cancelled Quilty’s invitation to the Contest Awards Ceremony in Amsterdam – where he was to be an award winner – over unspecific allegations of ‘inappropriate behaviour’.

In a statement to Kristen Chick, a journalist who previously wrote an in-depth report on photojournalism’s #MeToo movement for Columbia Journalism Review, Boering made it clear the ‘WPP protocol’ was to cut ties with any individual with allegations brought against them: ‘The World Press Photo Foundation believes visual journalism needs its community to be united against discrimination and harassment,’ he told Columbia Journalism Review. ‘Our protocol is that when we learn from reliable sources that someone associated with us has allegedly engaged in inappropriate behaviour we take action. Because of our protocol, we called him on April 2 to say he was not welcome at our Awards Show and Festival.’

(Pouring through the WWP website, Inside Imaging was unable to track down this ‘protocol’, nor was Lars Boering able to elaborate on what it entailed. But from Boering’s words above it appears the inappropriate behaviour Andrew Quilty has been accused on consists of either discrimination or harrassment.)

Quilty said he was not made aware of the allegations of inappropriate behaviour, making it impossible for him to respond to any specific accusations. It also appeared that neither the WPP nor Columbia Journalism Review intended to conduct further investigations to establish the veracity of the claims. And that was that.

Quilty was consequently dropped by several leading publications and his career is effectively on hold. At best.

By reputationally executing the Gold Walkley-winning photojournalist, seemingly without a proper investigation or trial, the WPP demonstrated shoddy handling of the incident and an abysmal ignorance of due process. The punishment lacked the transparency and balance that’s ordinarily afforded to an accused party. While protecting an accusers’ identity is obviously important, Boering and the WPP should have understood they were denying Quilty any chance of defending himself by going public with accusations that were always going to remain anonymous.

Two months after the allegations were brought against Quilty, he remained in the dark as to what exactly he had been accused of doing.

‘I would like to be clear that I still have not been made aware of the substance of any accusations nor the identity of the accuser,’ he said, via his former lawyers, in June 2019. ‘I have reached out to several parties requesting that I be given an opportunity to respond to any allegations and to be involved in any ongoing investigations, where I am prepared to address the accusations concerning my conduct as publicly and transparently as possible.’

A few months before the WPP cut ties with the Australia photojournalist, in October 2018, Boering participated in a Frontline Club panel discussion in London alongside Chick to discuss the #MeToo campaign and photography. He was asked ‘how do you call out bad behaviour?’, and provided a response seemingly at odds with how Quilty claims he’s been treated.

‘When we hear things, we check and we act,’ he said. ‘When we find out a story is true, we make sure we don’t work with a person like that anymore. The problem is, of course, where do you go to check these things. So if you want to do it right, and do due diligence, and want to know multiple sides of the story – where does it start and where does it end? It’s better to be safe than sorry, I’d say, but you also don’t want to destroy somebody without any grounds.’

To this day, Quilty told Inside Imaging, he’s unaware of even the basic details of his alleged misconduct, and having exhausted all options he resorted to legal action against Boering and the WPP.

‘After several attempts to engage with Lars Boering, the former Managing Director of World Press Photo, failed, lawyers from the Amsterdam-based firm De Roos Advocaten, acting on my behalf, asked a judge in Amsterdam on July 13, 2020, to order Boering to appear in court for a preliminary witness hearing,’ Quilty told Inside Imaging.

The judge granted the hearing, with it scheduled to take place within six months from July 30.

The Dutch court system is different to Australia, the US, and UK. As it stands, Quilty has not launched legal action against Boering or WPP, and this hearing will serve as a deciding factor. A preliminary witness hearing is a pre-trial event to assess whether there is merit to a legal claim.

In order to have a hearing granted, Quilty was required to indicate the facts he wishes to establish, which serves as the basis of alleged defamation. This will be his first opportunity to hear Boering’s testimony of the incident, and in itself will shed some welcome light on what has been a damaging, upsetting and drawn out denial of the concept of natural justice

Quilty, who’s based in Kabul, Afghanistan, intends to be present for the hearing.

Earlier this year Boering suddenly but quietly stepped down from his role at WPP after serving five years. Inside Imaging doesn’t suggest any connection with this incident, only that the nature of his departure was unusual.