Sony has announced ‘the world’s smallest and lightest’ full-frame camera, the $3299 Sony Alpha 7C, along with a new kit lens and on-camera flash unit. 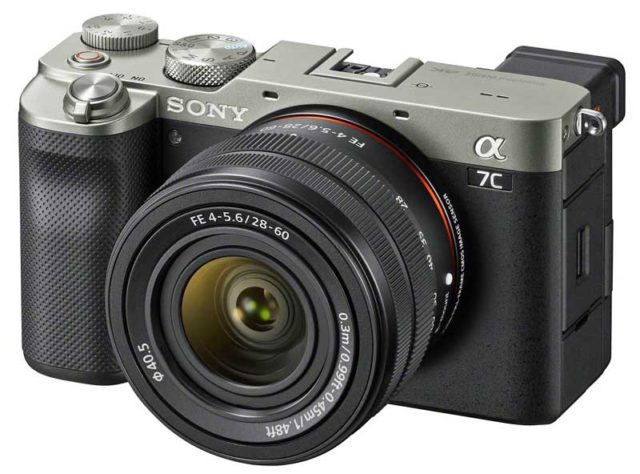 The α7C weighs just 509 grams( with battery and SD card) and has the dimensions and (lack of) heft of the A600o series APS-C format cameras. It will be available in black and black/silver versions. It shares many of the features of the Sony A7 III including the same 24-megapixel BSI CMOS sensor and Bionz X image processor.

Native ISO sensitivity settings range from 100 to 51,200 (extensions to ISO 50 and ISO 204,800 for stills shooting) and Sony claims dynamic range has been pushed out to 15 stops. Raw output is 14-bit, with a choice of compressed and uncompressed raw settings. 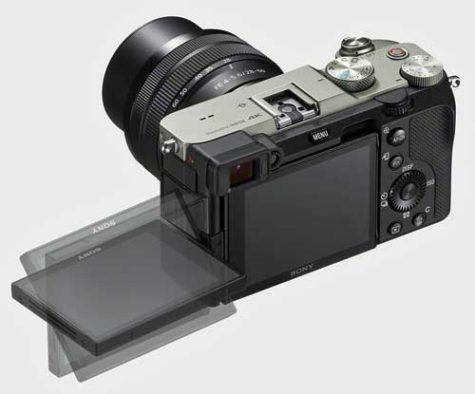 The maximum shutter speed available with the α7C is 1/4000 second. The camera has an ‘anti-flicker’ mode for handling fluorescent lighting. It offers interval timer recording for time-lapse movies.

The α7C’s 921,600-dot monitor is fully articulated and has five steps of brightness adjustment plus the default ‘Sunny Weather’ mode.  The EVF has adequate resolution at 2.36 million dots, but is small, with .59x magnification and off to the left side of the camera.

The retracting FE 28-60mm f/4-5.6 kit lens weighs only 170 grams for a full camera and lens weight of under 700g. Minimum focus distance is 30cm at wide-angle and 45cm at the other end for decent close-up capability.  It has improved dust and moisture resistance, and accepts a variety of 40.5mm filters.The internal focus design leaves the lens length unchanged with focus motion and close-up shots.

The new flash also features a built-in wireless radio trigger for when mounted on a compatible camera26 and paired with an off-camera unit. When used as a transmitter, the HVL-F28RM can control up to 15 flash and/or receiver units in 5 groups at distances of up to 35 metres.

It will be available from  December at $449