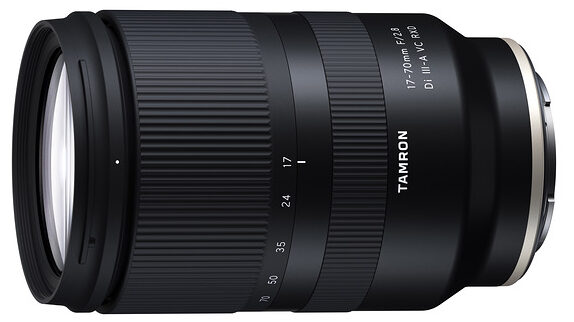 Tamron’s Vibration Compensation – signified by the VC in the name – can combine with additional algorithms when shooting video for darned stable performance.

At 17mm, the lens can focus on objects down to 0.19m, which Tamron claims is ‘far superior’ compared with conventional high-speed zoom lenses for APS-C cameras. At 70mm, the Minimum Object Distance is 0.39mm.

Lastly, the not least, the lens weighs just 252 grams, and measures at 119.3mm in length and 74.6mm in maximum diameter. Not bad for a lens with built-in VC image stabilisation, says Tamron.