Tamron has apologised for being unable to ship all pre-orders of the Sony full-frame (E-mount) 17-28mm f/2.8 Di III RXD lens, due to unexpected demand exceeding supply. 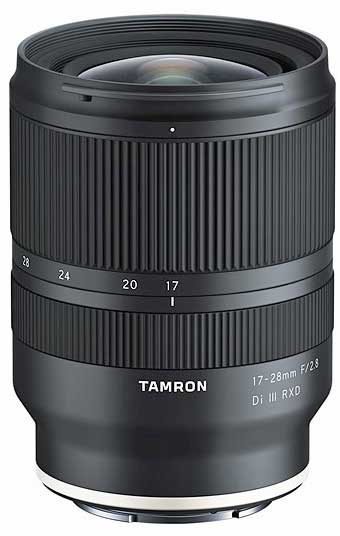 Tamron’s second Sony FE lens was due to arrive July 25 with an RRP of $1699. However, Tamron Japan has issued a press release to indicate that ‘reservation has significantly exceeded our expectations’.

Translated via Google Translate from Japanese:
‘It is predicted that the production number will not catch up with the customer’s request.

We sincerely apologise for the inconvenience caused to the parties concerned, including customers who are waiting for the release of the product.

Delivery to some customers who have already made a reservation may be after the release date. In addition, customers who will be making reservations in the future will also be delivered one by one, so it may be time to deliver the product.

We will do our best to deliver as quickly as possible, so we ask for your understanding.’

Inside Imaging confirmed with local Tamron distributor, Blonde Robot, that there is a shortage of pre-order stock available due to high demand, but an allocation of units will arrive by July 25.

Tamron hasn’t provided a timeline to indicate when it will catch up with orders. Could be days to weeks.

Tamron may need to consider sack someone in its demand forecasting department. Last year an almost word-for-word statement regarding unexpected demand was issued for the Sony 28-75 mm f2.8 Di III RXD (Model A 036).

Blonde Robot confirmed that Tamron is enjoying great success in the Sony full-frame lens market. The 28-75mm f2.8 has received glowing reviews, with the overwhelming consensus being that Tamron has married affordability with quality optics. The closest Sony equivalent, the FE 24-70mm f2.8 GM, costs $3099 – is almost double the price!