The Australian and New Zealand 2019 Sony Alpha Awards are now open, with a selection of nine categories including Portrait, Landscape, Nature, Sport and Youth, and for the first time in 2019; Seascape, Astrophotography, Wedding and City/Street.

A standalone Youth competition will run for a second time this year for young Australian and New Zealand photographers aged 11-18 years old. To enter, applicants can submit photos captured on any device, whether that’s a camera, tablet or smartphone, then upload to Instagram.

Two chosen finalists will each win an Alpha camera and lens and an all-inclusive trip to Sydney, where they will go head to head in a photography challenge to determine the Youth category winner.

All applicants can visit the Sony Scene website for entry information. With the exception of the Youth category, eligible images must be taken with Sony Alpha cameras (body and lens). Submissions will close on 31st August 2019.

Finalists from all categories will be invited to attend the Sony Alpha Awards ceremony on September 26 in Sydney, where the winners will be announced.

In partnership with the Irish Passport Service, Digital Photo Systems (DPS) is rolling out its encrypted photo ID technology in camera shops and pharmacies across Ireland. After France and the UK, Ireland is the third country to take up the ID Station digital photo ID service. Passport applicants can have a coded passport photo taken in a participating store. The coded passport photo can then be used in the online passport renewal application provided by the Irish Passport Service.

The deal with the Irish Pssport Service is exclusive to DPS, according to the managing director of local ID Station distributor, John Rule. Applicants use a code to submit their passport photo, not the photo itself. The photo itself is stored securely and encrypted without anyone being able to change or replace it. The photo ID technology assures every photo is ICAO compliant, with photos immediately checked for compliance. Rejected photos can be retaken on the spot, reducing the number of failed applications due to rejection of the photo. To detect identity fraud such as Morphing and AI generated faces, DPS has included special security features into its photo ID technology.

‘This secure online biometric based photo identity technology, sets a brilliant example to all relevant parties within the Asia-Pacific region,’ said John Rule. 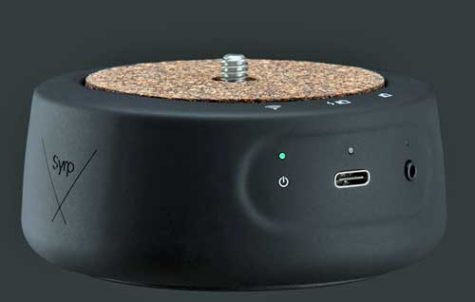