Canon has announced it is developing the EOS 1Dx Mark III, the latest version of its sports photography-oriented camera. No release dates or prices were provided, but it’s a sure bet to arrive before the Tokyo 2020 Olympics. 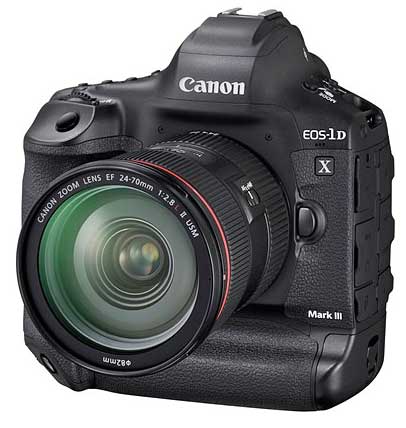 Canon says the new autofocus algorithm will improve stability and tracking when using both the optical viewfinder and in live view shooting mode, using something it calls (spooky voice), ‘Deep Learning Technology’.

The 800-and-something-word press release bangs on and on about how fantastic Canon is as a company, and how carefully Canon listens to its customers, but shares little in the way of detail. Chop away the PR BS and this is what we were able to glean:
– When using the optical viewfinder the camera will use a new autofocus sensor, with approximately 28 times the resolution of the EOS-1D X Mark II (in the centre) for better autofocus, especially in extreme light and dark;
– In Live View mode, there are 525 AF areas;
– Using the Dual Pixel CMOS AF system will cover approximately 90×100 percent of the image sensor;
– Fast frame rate: Using the optical viewfinder, up to approximately 16fps mechanical shutter; Live View, up to approximately 20fps mechanical or electronic shutter.
– Live Dual CFexpress cards slots to deliver ‘more than five times the RAW burst depth of its predecessor’;
All new, Canon-developed (not necessarily manufactured) CMOS sensor and DIGIC processor, for stills in 10-bit using the HEIF (High Efficiency Image File) file format. (It’s not stated whether JPEG has been dropped);
– 4K videos including 4K/60p with 10-bit 4:2:2 Canon Log internal recording;
– Data transfer at more than twice the speed of the EOS-1D X Mark II when using the built-in Ethernet connection, or the new optional wireless file transmitter;
– Additional control for selecting AF points, built into the AF-ON button, allowing photographers to change AF points on-the-fly for the best composition.

The new camera will not have in-camera image stabilisation. 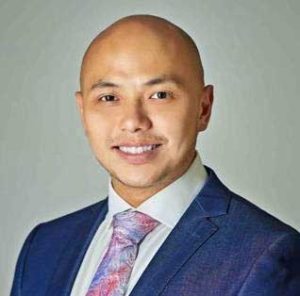 Shaun Mah has moved from a sales and marketing role with Canon to head up Fujifilm Australia’s Electronic Imaging (EI) Division.

As divisional manager for Electronics Imaging he is ‘responsible for developing, directing and controlling sales, marketing and technical activities to achieve revenue, profit and growth targets and customer service standards for all EI products’. This encompasses Fujifilm’s digital camera range.

‘Joining Fujifilm Australia is an incredible opportunity. The company has shown its constant commitment to innovation, research and development time and time again over the last few years and there is so much more in the pipeline. Fujifilm Australia also has the backing of one of the largest parent companies in the world so it’s fair to say to all our clients nationwide, watch this space as the best is yet to come,’ said Shaun.

Online security publication, Comparitech, has discovered that almost 7.5 million Adobe Creative Cloud user records were left exposed, with e-mail addresses and account information open to anyone with a web browser.

The exposed user data wasn’t ‘sensitive’. Unlike the 2013 Adobe cyber attack there were no usernames, passwords or credit card information available. The information available was primarily e-mail addresses, account creation date, the Adobe products used, subscription status, country, and so on.

‘Fraudsters could pose as Adobe or a related company and trick users into giving up further info, such as passwords, for example,’ writes Paul Bischoff for Comparitech. ‘The information does not pose a direct financial or security threat.’

A website like Inside Imaging, for instance, would be elevated to the biggest and most powerful photo news website in the world if we had access to Adobe’s Lightroom e-mail database! Canon Australia would be forced to unblacklist us from their media list. Alas, we were too late and will continue to be shunned by Canon.

Comparitech discovered the database working alongside online security expert, Bob Diachenko, who estimates the database was exposed for about the week. It’s unknown if anyone else gained unauthorised access, or how the information was obtained.

‘Comparitech conducts security research that entails scanning the web for exposed databases. When we uncover a database that hasn’t been properly secured and allows unauthorised access, we immediately notify the owner,’ wrote Bischoff. ‘Our aim is to mitigate potential harm to end users. Bob Diachenko leans on his extensive cyber security experience to quickly uncover breaches, analyse the data, and track down the responsible organisation.
Once the database has been secured, we write a report like this one to help notify affected users and make them aware of the risks. We hope our work can make users safer and limit abuse by malicious parties.’

Canon is closing down its Irista photo storage service, informing subscribers their photos, videos and personal data will be deleted on January 31 next year.

Irista offered both free storage and for larger image collections charged a subscription fee, There is no explanation for the closure, nor even the hint of an apology for the inconvenience it will cause customers.

‘Sadly, we’ve decided to close down Irista,’ Canon informed subscribers by email. ‘We would like to thank you for using it over the years; we hope that you’ve enjoyed the service.’

Subscribers will need to download their images into 4GB zip files, one by one.

All tags, photo ratings titles and albums will be lost along with any text added to albums.

Canon also offered an app whereby Canon cameras were automatically synched to download images to Irista via Wi-Fi. ‘You will need to choose and configure another service if you still want to synch images through Canon Image Gateway,’ states the FAQs accompanying the announcement.

So that’s that then.