CFExpress goes big and small
The good burghers at the CompactFlash Association (CFA), are about start a battle of the formats in announcing that the new CFExpress 2 ‘specification’ will be offered as an SD-sized card and a form of SSD (computer drives and external drives) as well as the size used in professional cameras.

All three form factors use the PCIe Gen 3 interface ‘for higher performance based on a computing industry
storage interface, and utilise NVM Express 1.3 protocols for fixed length commands, an efficient queuing
model, and very low non‐cacheable PCIe accesses per command. This enables access to a wide range of open
standard platforms consisting of mature and proven drivers, saving development time and effort’ – if you know what they mean.

The new CFExpress cards will provide benefits in:
– Imaging, via improved data rates in enthusiast and professional cameras, drones and video cameras;
– Computing, via low latency external and removable SSDs;
– Business, via faster and more reliable media to store image files, software features and configuration
files for servers and routers.

The Type B cards are of most interest to owners of high-performance cameras. They are identical in size to XQD memory cards and cameras with XQD slots will be compatible with CFexpress cards through a firmware update.

After a nine-month hiatus, DxO is back in the camera sensor rating business, with first cabs off the rank the new Nikon mirrorless full-frame lookalikes, the z6 and Z7, both of which earn high marks.

The 45.7-megapixel Z7 not surprisingly is rated higher than the  24.5-megapixel Z6, with an overall score of 99 (which is not out of 100), but is just pipped as the post as best performing mirrorless camera (sensor) by the 42.4 megapixel Sony A7 R III, with 100 points.  This makes it #5 on the DxO hit parade after a couple of medium format cameras, the Nikon D850 and the Sony.

‘The Nikon Z 7’s 45.7MP full-frame BSI CMOS sensor achieves an impressive score of 99, which is the fifth-highest score we have seen to date,’ writes DxOMark. ‘Its key strength is its (Portrait) colour depth, which at 26.3 bits puts it in the bronze medal position among all the sensors we’ve tested – including small- and medium-format devices.

At 14.6EV, the Z 7’s (Landscape) dynamic range score is also exceptionally high and just 0.2EV behind the top-ranked model (the Hasselblad X1D-50c).’

The camera is scheduled for release around the middle of the year. It will have a 102-megapixel CMOS, back-illuminated sensor – twice the resolution of the existing GFX 50S and GFX 50R models. The sensor will be the same physical size as in the two other cameras – 44 x 33mm – – allowing it to accommodate existing Fujinon GF lenses.

The GFX will have phase detection AF, which should allow it to perform better in low light and operate faster than the existing models. It will also have 5-axis in-body stabilisation for what Fuji is claiming is 5-stop better performance off tripod.

Other specifications gleaned at the show were that the camera would shoot 4K video (30fps) with the greater depth of field control inherent in medium format.

It’s taller and heavier than the existing models, with a slide-out battery underneath the body. Shutter speed and ISO dials are replaced by a ‘Drive’ button encircled by an an outer control dial.

There’s a tilting display LCD with some sideways tilt. The slide-out viewfinder is the same as on the GFX 50S. There are two SD card slots for removable memory.

Canon gets into the ‘$haring economy’
Canon Australia has unveiled Kyōyū, an online rental business that allows Canon photographers to hire and rent gear to each other (and from Sun Studios). 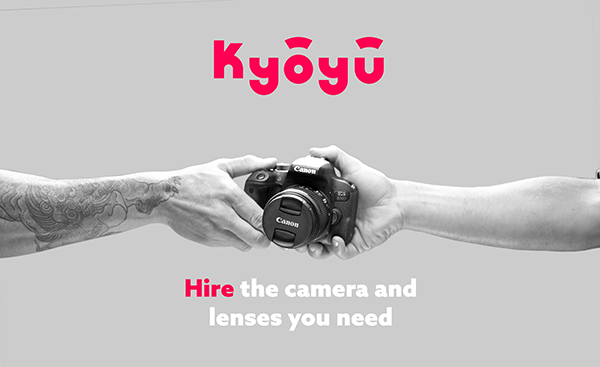 Canon shooters set the daily price of their gear on Kyōyū, which is Japanese for ‘share’. Renters then request to book the gear for specified dates, and once the booking is accepted the two parties arrange the pick up and drop off.

Canon charges a ‘standard 30 percent community fee’ after the first rental transaction, and will handle the processing of payments with the money exchanged after the rental.

Gear is insured through IAG limited, with cover available for an amount up to $15,000 with an excess of $200 per claim. The policy provides cover to theft and accidental damage of gear while rented to another member.

Renters and providers are made to fill out a check sheet at pick-up and drop-off to ensure both parties agree on the condition of the item.

So far there’s already a selection of lenses and cameras available to rent in Sydney and Melbourne.

Meanwhile, Abraham J (any guess who that could be!?) from Annandale has his 1Dx Mk II up for $150 per day.

As usual, read the terms and conditions and FAQ page before jumping in. And check out the insurance T&Cs, too.