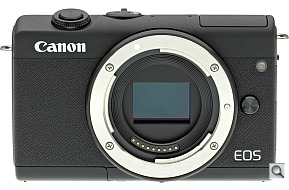 Canon M200 unavailable in Australia
Canon Australia will not release the EOS M200, an entry-level mirrorless camera, in the local market.

The EOS M200 had a global launch overnight, with the new 24-megapixel APS-C CMOS sensor camera described as a compact ‘travel buddy’. It’s unclear why Canon Australia is not releasing the M200, and to our knowledge this is the first camera in several years that Canon has chosen to not bother shipping.

There’s not much point covering the specs or release details, but DPReview describes the camera as a ‘fairly modest upgrade to one of our favourite cameras, the EOS M100’.

‘This was the first iceberg I had ever seen, and I was for a moment stunned by the majesty of this natural phenomenon. After taking a few photos I put my camera down and tears filled my eyes,’ he said.

The image was shot in the Southern Ocean, near the polar circle. For winning the fourth Alpha Awards, James has bagged himself more than $10,000 in Sony gear.

AIPP replaces magazine with blog
The AIPP has launched a new members e-mail newsletter service and blog, which replaces the online monthly magazine, The Journal.

The Journal, edited by Peter Eastway, was hosted on digital magazine publishing platform, ISSUU. ISSUU magazines don’t seem to have kept up with the rapid pace of online design and the user experience is left feeling pretty clunky. Inside Imaging‘s experience was that The Journal required users to zoom into a small portion of the page to enlarge the text large to a readable size, then drag the mouse to follow the story.

‘There has been lots of questions around our strategy of no longer delivering the journal. We know many of you loved it,’ the AIPP says. ‘It was a Financial and Communications strategy decision. We feel that we can deliver better to our members via other electronic means.’

The AIPP will now send members monthly e-mails, and publish a blog called AIPP Stories. Guest editors and writers will contribute to the blog.

The AIPP has also begun engaging non-members. The Institute’s database includes 13,000 e-mail contacts, however the old IT system prevented the AIPP from contacting non-members. With a new system imminent, the AIPP has reportedly begun ‘reaching out’ to these contacts with quirky e-mails.

One of the first e-mails the AIPP sent to non-members included two links, one to the APPA Trade Show page and another to a cute video of a baby panda sneezing. This is apparently a new marketing technique, using light-hearted cracks at humour to reintroduce folk to the AIPP. Interesting first point of contact after a long time between drinks, and it’ll be interesting to see how it’s received.

‘Some recipients of our emails thought the AIPP had been hacked. This for us was great. We wanted to show that we are making changes to how we communicate and how we listen. We haven’t gone mad, we are using the old age technique of getting peoples’ attention,’ the AIPP reassures members.

‘Marketing to potential new members is always a challenge. We are trying a few things and being a bit different. We want to get the attention of people in a very loud world. So if you see some weird stuff going on, try to analyse what we are doing. See if you can use some of it in your marketing’. 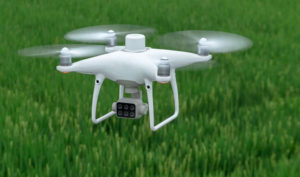 DJI, the world leader in consumer drones, is taking a great leap forward into the world of industrial drones with the Phantom 4 Multispectral imaging drone and Agras T16 crop spraying drone.

The P4 Multispectral drone combines data from six image sensors to measure the health of crops, from individual plants to entire fields. It has a gimbal-stabilised imaging system composed of a RGB, and multispectral camera with five narrow bend image sensors that record ‘red edge and near infared’.

There isn’t any information on the Agras T16 drone, but it’s designed to spray liquids, like fertilisers and pesticides, onto fields and crops.