Last week Inside Imaging ran an opinion piece, Was more diligence due from AIPP?. The article touched on whether the Institute should accept responsibility for not enforcing existing rules, in which case the recent multiple disqualifications of multi-award-winning photographer, Lisa Saad, may not have occurred. 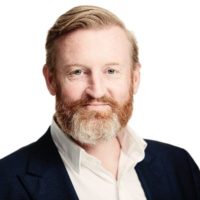 Canon’s former general manager of marketing, Stuart Poignand (right), responded to Inside Imaging via e-mail with this considered response, and Stuart gave us permission to re-publish it here:

I read the story ‘Was more diligence due from AIPP?’ with interest. The rapid evolution of this story as a whole has been compelling in both a negative and positive sense. To me, it’s been sad, annoying and most of all satisfying to watch this play out.

Most of the social media commentary has been either damning of Lisa Saad; critical of the AIPP or the APPAs; ‘this is widespread’; or ‘why is this taking so long to sort out?’.

From my viewpoint, the AIPP has done an outstanding job. The reputation of the AIPP, the APPAs and professional photographers is on the line.

If it is indeed widespread, then the precedent set now is critical.

The AIPP also had a responsibility to protect the reputation and welfare of an existing member until guilt was clearly established. Moreover, the investigation and response has been delivered by a group of people who earn their income from running their own business – separate to this workload. And I can assure you that many people have spent a lot of time working tirelessly on this.

Which leads me to the question and subsequent assertion – ‘Was more diligence due from AIPP?’ and that the AIPP doesn’t have what it takes to admit a mistake.

I am entirely sure the AIPP has learned a lot from this, and that the learning will result in change. But fault or mistakes? I think not. Not even a teensy bit.

This is about cheating and accountability, or lack of it, by the photographer. The rules of the competition are very clear around the requirement for the work to be of made up of content that is created entirely by the entrant. All those who enter do so in binding agreement with the terms and conditions.

If those terms and conditions are not adhered to, the accountability and loss of reputation lies solely on the shoulders of the person who broke the rules.

Maybe the AIPP will make changes to its vetting process. I don’t know about that. It is a matter for the AIPP, its members and the APPA committee. However, how much responsibility for preventing rule breaking can the AIPP be reasonably expected to take? By how many multiples should the APPAs administration increase? Again, accountability must rest with the entrant. Again, this position does not prevent the AIPP from making changes in the interests of its status and that of its members.

During this whole saga, social media provided a simple platform for people to shout often overly simplistic opinions. Amid all of that noise, the approach from the AIPP was and continues to be logical, professional and well communicated.

While it’s okay to hold an industry association to account and for paid-up members to expect value, the organisation should also be treated with respect and understanding. In this particular case, the AIPP deserves to be supported and encouraged.

If the AIPP is supported and encouraged, more people will be prepared to put in the the effort required to evolve the governance and management of the APPA awards. This will be necessary, as the art and craft of photography – and how images are made – continues to evolve.

Stuart Poignand has worked in the photographic industry for longer than he cares to admit. Beyond his previous role at Canon, he is also a former president of PICA. He continues to work for photo industry clients as a strategic marketing consultant. Find out more here.