The Lumix S1R is definitely a professional’s camera and should satisfy many photographers, particularly those who are studio based as well as wedding and portrait shooters. It’s bigger and more solidly built than its rivals from Canon, Nikon and Sony, but doesn’t strike a ‘killer blow’ against any of them. The lower resolution S1 is the more interesting of the new pair. Not only is it more versatile, it’s also lower-priced. Both cameras are highly priced compared to competitors, and there’s a relative lack of lens choice at this time.
RRP: S1: $3599; S1R $5299

Although announced at Photokina 2018, we had to wait until April 2019 for Panasonic’s new Lumix S1R and S1 cameras to be released. Both cameras have essentially the same bodies and 36 x 24 mm CMOS sensors but differ in a few important features. The Lumix S1R camera offers a top resolution of 47.3-megapixels, which is claimed as the highest in its class. Targeted at a wider range of potential users, the Lumix S1’s resolution is a more modest 24.2-megapixels.

The sensor in the S1R is covered with aspherical microlenses, which have been designed to direct light into individual photodiodes to maximise the signal-to-noise ratio. The photodiodes on the chip are also deeper than average, setting the S1R apart from the sensors used in the Nikon Z7 and Sony α7R III cameras, which have slightly lower (but still high) resolution. (For a comparison, see:
https://www.insideimaging.com.au/2019/lumix-s1r-sensor-tops-ratings/) 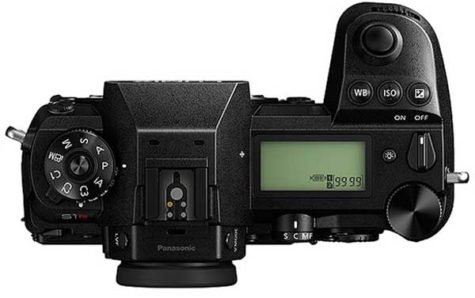 There’s no low-pass filter over the sensor in either camera, although both have an anti-reflective coating for suppressing ghosting and flare. Both cameras support sensor-shift stabilisation with five-axis shake correction and the ability to interface with a stabilised lens. The system claims 5.5 stops of shake correction or up to six stops via Dual IS 2 technology when a stabilised lens is fitted.

Both cameras rely upon the contrast-based DFD (Depth from Defocus) AF system that was developed by Panasonic for its Micro Four Thirds cameras. Additional processing power increases the speed of the system to 480 adjustments each second, which can rival phase-detection AF in some situations. The system can operate in light levels as low as -6EV, thanks to the Low Light AF mode, which is triggered automatically and works by boosting the gain before focusing.

Built-in subject-recognition algorithms provide fast autofocusing and focus tracking for subjects like humans, pets and birds. Face detection is also available and the AF Tracking mode is able to track a subject that lies under the selected focus point when the shutter is half-pressed, before locking on the area selected when the shutter is released.

The difference in resolution between the S1 and S1R has consequences for the video capabilities of each camera, although both draw upon Panasonic’s considerable expertise in developing professional-standard video camcorders that are widely used in the broadcast industry. Because of its high sensor resolution, the Lumix S1R is forced to use pixel binning when recording video clips and this crops the frame by 1.09x. It is also unable to offer support for the MP4 HEVC (High Efficiency Video Coding) and is restricted to 8-bit depth.

In contrast, the Lumix S1 is a video powerhouse that can record 4K 30p/25p/24p video with full sensor readout and no recording time limit. An optional software upgrade key, available later in 2019, will add support for 4:2:2 10-bit 4K 30p/25p internal video recording and 4K 60p/50p via HDMI output as well as the V-Log picture profile featured on Panasonic’s Varicam products.

Both cameras offer six aspect ratio settings: 3:2 (the default), 4:3, 16:9, 1:1, 65:24 and 2:1, the latter two being panorama formats. The highest resolution comes from the default aspect ratio since the others are achieved by cropping the frame.

While choosing between the S1 and S1R is likely to depend upon whether the buyer really needs such high resolution for stills or whether the video capabilities will be equally, if not more, important, both cameras share some other important features:

Which to choose?
Which camera you choose will depend upon your specific requirements. Landscape photographers and studio photographers who require the highest possible resolution will naturally gravitate to the Lumix SR1. The lack of any Log mode makes it less suitable for shooting professional-standard video, although it’s a great choice for shooting stills.

If versatility is more important than resolution, the Lumix S1 represents the better choice, particularly when paired with the Lumix S 24-105mm f/4 Macro O.I.S. (S-R24105) lens. This pair is also the cheapest way to gain a foothold in Panasonic’s new ‘full-frame’ mirrorless camera system.

When it comes to image rendering, both cameras deliver natural-looking colours and pleasing tonality with restrained saturation that makes subsequent editing easy. This is true for both still images and video clips. Our reviews were conducted before the video upgrade for the S1 was released so it’s not surprising that we found the 4:2:0 8-bit 4K footage from both cameras effectively identical. Once the upgrade is available, the S1 will be able to record 4K/50p footage 4:2:2 10-bit quality, which is good enough for most professional video applications and a match for professional camcorders.

Purchashing points:
1. Both have weather-sealed magnesium alloy bodies that are splash-resistant, dust-resistant and freeze-resistant down to -10 degrees Celsius, plus shutter units that are rated for approximately 400,000 releases. These bodies are relatively large and heavy for mirrorless cameras but their ergonomics are excellent, with a generous and comfortable grip moulding and logical user interface and menu design. 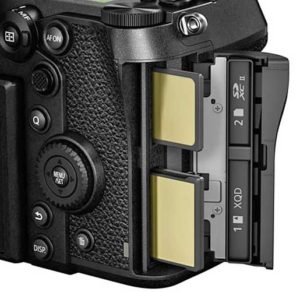 2. Both come with dual card slots, one for UHS-II SD cards and the other for XQD cards. The XQD slot will be upgradeable to support CFexpress cards in the near future.
3. Both cameras use the same Venus engine processor. We don’t have much detailed information about this chip but it can support burst shooting at up to nine frames/second with focus and exposure locked on the first frame, or six fps with continuous autofocusing. These rates are true for both camera. Because the files from the S1R are larger, its buffer capacity is less at 50 standard JPEGs or 40 compressed RW2.RAW images, compared with 999 JPEGS or 90 raw images for the Lumix S1.
4. Both cameras provide multi-shot High Resolution modes, which combine a succession of eight shots taken while shifting the sensor in a rotary pattern. The resulting image in the S1 is an array of 12,000 x 8,000 pixels (equivalent to 96 megapixels) with the 3:2 aspect ratio, while the S1R can produce files that are 16,736 x 11,168 pixels in size, the equivalent to 187 megapixels.
5. Both cameras are able to record still images with the Hybrid Log Gamma (HLG) gamma curve, a standardised setting that is designed for display on the latest high-dynamic range TV sets, where they will show a wider and more subtle control over colour and brightness. Until now, HLG has been used exclusively for video but Panasonic is the first manufacturer to introduce it for producing 10-bit HDR still images.