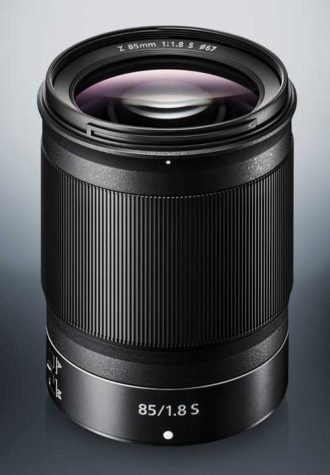 While there is no reference in the local release to that rather significant factor in the purchase equation – price – it’s quoted as US$800 in the US version of the press release. So with currency conversion plus GST, it should come in around $1300 – 1400 locally.

It appears that Nikon is establishing a new premium range of Nikkor Z lenses, which is confusingly dubbed the ‘S-Line’: ‘representing pinnacle in optical superiority and construction’.

The lens aperture consists of nine rounded blades while optical configuration is 12 elements in 8 groups. It uses the Eye-Detection autofocusing capabilites of the Z series cameras.

It’s built for videographers as well as stills photographers, with ultra-quiet focus motors, minimal focus breathing, a customisable control ring for smooth adjustment of aperture or exposure compensation, and ‘full compatibility with in-body 5-axis VR.’ (Well you would hope so!).

…That’s about it, really.