Swiss / Italian photojournalist, Michele Crameri, has admitted to staging photos of Honduran assassins, after his fixer and two other photographers brought accusations against him. 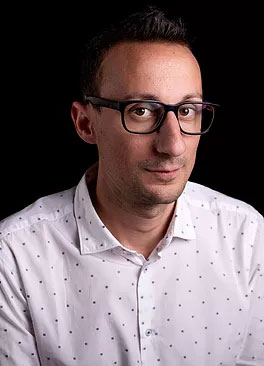 Crameri’s series, Sicario, a job like any other, won a few minor awards, including a finalist in Lens Culture’s Visual Storytelling Awards; and was licensed by Crameri’s Italian agency, Parallelo Zero, to news outlets such as the popular German-language news website, Spiegel Online. Crameri also published the series in ‘Social Documentary Network’, a vetted user-generated online exhibition platform for documentary photographers.

Crameri (right) travelled to Honduras four times between 2015 and 2018 to document the lives of hitmen working for gangs in the city of San Pedro Sula. Crameri was introduced to the assassins, known as sicarios, by his fixer Orlin Castro – a local journalist who built working relationships with the gangs.

Crameri’s narrative for the series is that the sicarios live seemingly normal lives, with day jobs like a taxi driver or barber, and also threaten or kill people as part of drug cartel or crime gang extortion rackets.

While Crameri was documenting actual sicarios, several of the photos were staged and published with misleading captions. One photo shows a man wearing a balaclava and orange shirt threatening an apparent victim by holding a gun to their head.

The truth is the man being ‘threatened’ is Castro. While the man is an actual sicario, he isn’t named Pedro and the scene was staged. Castro jokingly asked the hit men to demonstrate how they executed someone, and Crameri photographed the scene.

Castro said he told Crameri not to publish the photo, and the Italian photojournalist assured him it would be for his personal archive.

After discovering the staged images were published with misleading captions, Castro began to speak out against Crameri. He also informed two photographers he worked with – Honduran Tomas Ayuso and Italian Francesca Volpi – who also highlighted the images are staged.

‘These are posed portraits alongside fake captions and completely staged pictures of scenes of criminal violence, all wrapped neatly with a narrative of “killers in Honduras have part-time jobs”,’ Ayuso told Fstoppers.

The two photographers also point out that two other staged-looking photos are, in fact, staged.

In the below staged image, the apparent victim is a fellow hit man also fooling around for the camera.

In the below staged image, which looks like a Hollywood action movie still, the car is owned by Castro’s colleague and was used to transport Crameri.

Fstoppers report Crameri was questioned about the authenticity of his work since March, and maintained the images were genuine.

His photo agency, Parallelo Zero, also defended the work after conducting an investigation and found it was legitimate. (Fstoppers says the agency declined to answer whether they spoke with the fixer or anyone in Honduras)

The agency has since dropped Crameri: ‘Parallelozero has, after further internal inquiries, decided to terminate its working relationship with the photographer Michele Crameri and to cancel the contract for the feature that goes by the name of “Sicario”. Crameri was asked about the authenticity of the two images in question and was unable to provide convincing evidence to counter the accusation that they were in fact staged and that the accompanying captions were therefore not completely true. The photographer had, since the start of his relationship with Parallelozero in 2017, repeatedly assured us that all the photos were authentic and he had signed a contract in which he took complete responsibility for the authenticity of both the photos and the captions. Parallelozero has acted in good faith and believes that it is an aggrieved party in this matter. It would, however, like to apologize to anyone who has in any way suffered as a result of the publication of these images.’

‘I am sorry for what happened and I really like to take full responsibility for it absolving Parallelozero of all blame. The photographic agency frequently asked me in good faith to guarantee the authenticity and ethical nature of all the situations that were photographed. And I always assured them that the incriminating photos were not the result of “posed” situations that had been set up. But I must, however, now admit that, in light of what has recently emerged, this wasn’t true. So I’d like to say sorry to everyone involved.’

Fstoppers writer, Andy Day, says that ‘critics will see this as another instance of photojournalism’s tendency to treat “lesser” countries as a playground for comparatively wealthy Western photographers chasing heroic status as a reporter by exploiting the apparent suffering of their subjects’.