iPhoto, Australia’s leading distributor to photo specialists and prolabs, has put together one of the world’s first instant photo kiosk systems with inkjet printing technology at its heart. 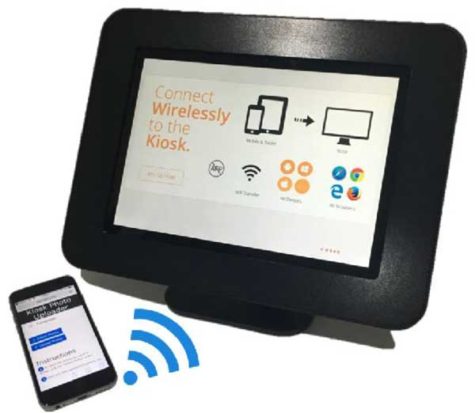 The iPhoto bundle consists of an Epson Surelab D860 inkjet ‘drylab’ (or D700, while stocks last); a 12-inch WiFi touchscreen tablet with card reader, 8GB of RAM and a 128 SSD; and Dakis Kiosk software (3-year licence) combined with iPhoto’s own Photo Direct software.

The system is specifically designed for easy wireless printing from smartphones, but of course handles image files from cameras and memory cards either wirelessly or via the card reader.

There is no third party app required, just a simple in-store QR Code user initiated transfer. The Dakis Wi-Fi upload of smartphone images is fast, as it only uploads images selected by the user, rather than the entire camera roll 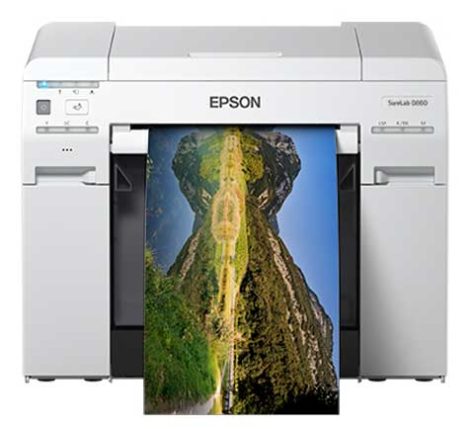 ‘There are many advantages to pairing the iPhoto Kiosk to the Surelab D860 Printer,’ explained iPhoto managing director, Stuart Holmes. ‘These include print quality, a broader colour gamut which better matches the images consumers see on their HD smartphone screens, and the expanded range of media available – gloss, lustre, fine art matte, metallic and canvas paper.

He added that while the iPhoto kiosk is designed as a simple, standalone unit with a standardised print size and media choice, Surelab printers also offered a vastly expanded range of print sizes compared to dye sub printers – from 3½-inch LOMO/Instagram prints to a full photo lab range of 5-, 6-, 8-inch and A-4 wide, plus panoramas up to 8-inch  x 1 metre in length.

In a typical store, the 12.3-inch touchscreen tablet would be positioned on a counter top with the printer under the counter, using minimal space overall.

The Epson Surelab D860, launched in Australia earlier this month at the Printex trade exhibition in Sydney, looks identical to the model it replaces, the Surelab D700, but incorporates a range of improvements: double the printhead life; a duty cycle to 200,000 prints; auto paper rewind button; a new 17-second Quick Print mode; reduced power usage; and improved print exit tray. It also prints at the 3 1/2-inch Lomo/Instagram format.