Canon has announced February 27 availability of the second camera in the EOS R lineup, the EOS RP, with a body-only local street price of $1999 ($2099 on the online Canon Store.). However with a lens adaptor the price rises to either $2190 or $2290 depending on the model of adaptor selected. 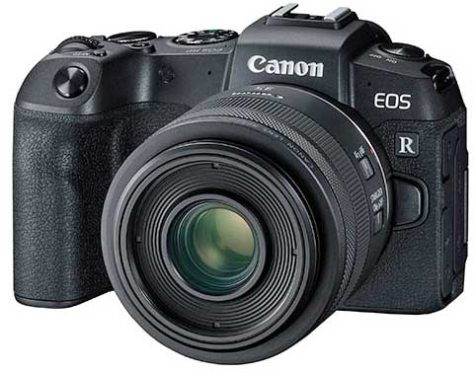 In the US, the camera is being offered in body-only configuration with a lens adaptor and extension grip EG-E1 included in the price of US$1299,  putting a usable version of the new camera at a premium of around $300, or 15 percent (excluding GST), for Australian buyers. Crikey! Nonetheless it’s the lowest-priced new generation full-frame mirrorless available today.

According to the Canon Australia website, there are currently only four RF-mount lens on offer in Australia, with the $1799 24-105mm the least expensive by a couple of thousand dollars. Next cheapest is the $3599 50mm f1.2. Canon has has flagged a further six lenses to be announced some time later this year.

Canon is touting the new model as smaller than Canon’s entry-level DSLRs. It features a 26.2 megapixel CMOS sensor and DIGIC 8 image processor. The Dual Pixel CMOS Autofocus has 4779 manually selectable AF points and AF coverage area of 88 percent horizontal and 100 percent vertical. When using eye detection AF, the camera can automatically detect faces and focus on the eye of the subject.

With no affordable ‘native’ RF lenses on the market, Canon is highlighting the three optional mount adapters for EF, EF-S, TS-E and MP-E lenses. ‘Through the use of the optional Drop-In Filter Mount Adapter or Control Ring Mount Adapter, these lenses, in fact, gain functionality,’ its press material asserts.

The EOS RP’s electronic viewfinder has 2.36 million dot resolution and ‘approximately’ 100 per cent coverage. Touch and Drag AF is available to control the focus area while framing using the viewfinder or simply touching the LCD screen.

Canon also announced a battery grip EG-E1, with a US recommended price of US$79. 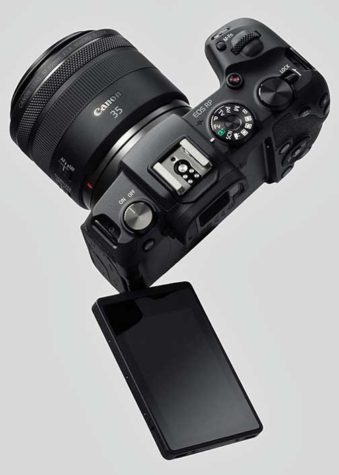