A number of articles have surfaced recently based on an alarming Australia Post press release which ‘predicted’ that 49 percent of retail will be online by 2030. Dean Salakas from party supplies retailer, The Party People claims the report is not just wrong, contradicting Australia Post’s own data-based research, but is dangerously misleading. Moreover, it indicates that small business has been misguided by the online spinmeisters. 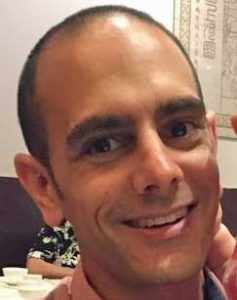 ‘Aussie shoppers will be just as likely to open their wallets online as they will in-store in a decade’s time, with new research by Australia Post revealing that by 2030, it is expected that one-in-two purchases will be made digitally,’ claims the intro paragraph of the press release, which was based on a survey of small-to-medium businesspeople.

‘It appears to be growing at 1 percent per year and it also appears to be slightly slowing down, and not accelerating, so the data would suggest that by 2030 it will be under 20 percent, not 49-50 percent,’ said Dean (pictured above left).

‘Still, the percentage is relatively lower than what people think,’ Dean explained. Why? He said that while the demise-of-retail report was based on people’s predictions, the more valid, less alarming Australia Post research uses hard data based on parcel delivery and actual sales.

‘Clearly there is a disconnect between how much businesses think is being done online, compared to what is actually being done online. It’s a classic case of perception differing from reality.

‘Its alarming to think that businesses don’t seem to understand their own industry. The survey is misleading and could be damaging if businesses believe it. I mean, based on the Australia Post survey I would close my retail stores and I would suggest 50 percent of physical retail stores should close ASAP.

‘And if I was in property, this data would effect how much retail vs residential opportunity I perceive in the long term, and so on. This report is dangerous!’

Salakas conceded that there are more valid statistics to suggest 90 percent of all retail purchases start online. ‘I am not suggesting an online presence is not critical to business survival, but I am suggesting that bricks and mortar is also an important strategy.

‘Personally, I am looking to open more stores because the data suggests that for the foreseeable future, bricks and mortar is king. We are seeing purely online businesses like Amazon move to bricks and mortar, and other Australian retailer’s like Catch Of The Day open stores. So it would seem I am not the only one that see’s the importance of bricks and mortar in the strategy.

‘Unless something disrupts online to make it accelerate, we are not even reaching 50 percent of spending online by 2050. Amazon was supposed to have a big impact and accelerate this trend but that doesn’t appear to be the case. Faster internet like 5G might have some impact but again, introduction of 4G  didn’t move the statistics significantly, so I can’t see how 5G will make a big enough impact. I mean we went from 0 percent to 8 percent in 25 years of online retail….I can’t see another it jumping 5 times that in 10 years, and the data doesn’t suggest this will happen either.’

– A version of this article was originally published in Smart Company by Dean Salakas, Chief Party Dude at The Party People.