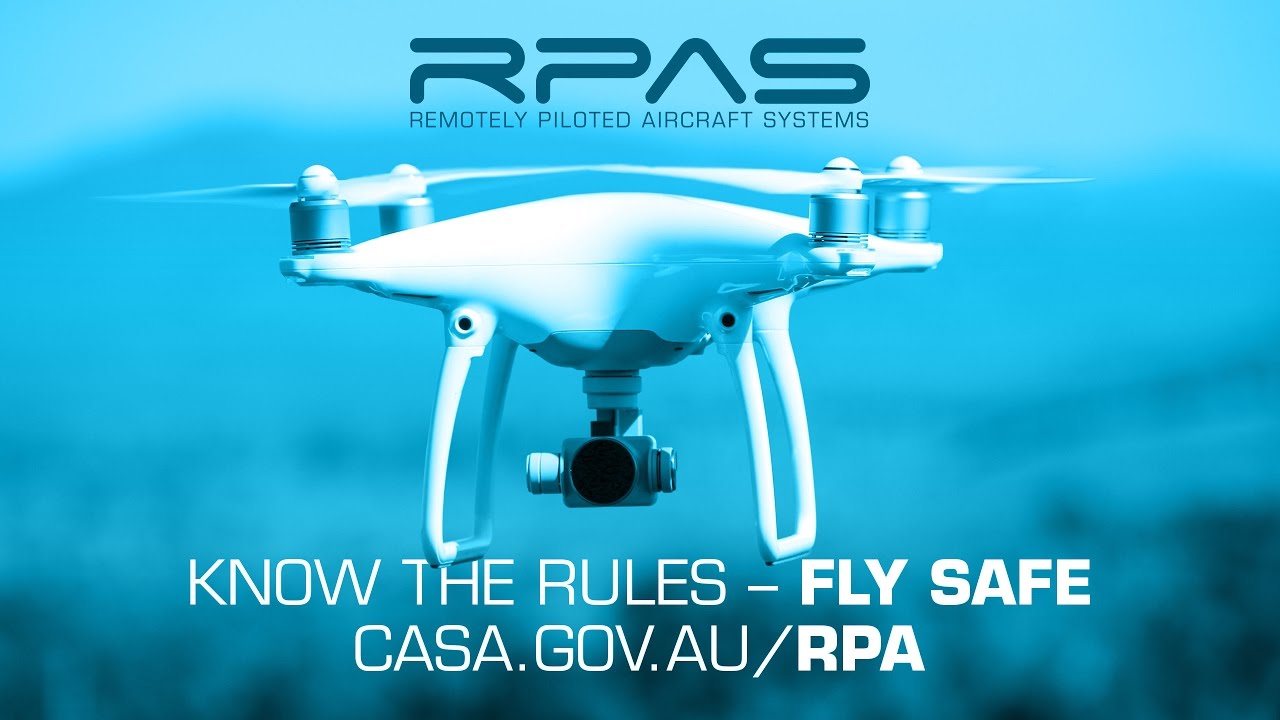 It has warned that drones not only present safety issues due to technical failures or misbehaving operators, but there are ‘very real concerns’ they will be used for criminal activities – including terror-related uses. The new surveillance technology – which sounds a touch ‘Orwellian’ – aims to address the looming threat posed by the minority of illegal operators.

‘The lack of detectability and traceability of drones can clearly have significant adverse impacts,’ Michelle Bennetts, executive general manager of Airservices Australia, said to the Australian ­Association for Unmanned Systems conference in Canberra last month. ‘Criminal, activist or even ­terror-related uses, invasions of privacy, business sabotage and the weaponisation of commercial drones are very real concerns, alongside technical failures, collisions and crashes.’

The technology is apparently capable of detecting and tracking 100 percent of aircraft in low altitude airspace.

‘Criminal or hostile state-sponsored interventions must be planned for while socially beneficial uses for RPAS should be encouraged,’ Bennetts said at the conference, as reported by The Australian.

‘We will work with partners focused on UAV (unmanned aerial vehicle) surveillance and identification to achieve this.’

Inside Imaging recently reported CASA will introduce a drone registration and fee scheme for all users at the end of the year. In the last few years experts and politicians have warned about potential for a catastrophic mid-air collision between a drone and passenger aircraft, and CASA is facing mounting pressure to tighten regulation.

These concerns are slightly at odds with CASA’s own research, which concluded that sub-2KG drones present a low safety risk.

‘We were looking at the level of risk posed by the very small remotely piloted aircraft – the under 2kg ones – and the study concluded that the level of risk is far lower with these drones than with larger ones,’ Peter Gibson, CASA corporate communications manager, told Inside Imaging in 2016. ‘Our logic was to match the regulation with risk.’

After a few high profile accidents and close calls, CASA’s perception has changed.

During the conference Australian Transport Safety Bureau chief commissioner, Greg Hood, said 121 drone incidents were reported in the first five months of this year, with 68 percent recorded as ‘near encounters’ with manned aircraft. Most were reported by airlines, and nearly half occurred in Sydney.

Activists and criminals
Farmers have called for action against activists flying drones over their property, which is becoming an increasing problem according to agriculture trade publication, Farm Weekly.

‘Drones are still relatively new technology and the legislation controlling the use of them is still some way behind what they (activists) are using them for now,’ said WAFarmers dairy president, Phil Depiazzi, in March at an information night on how to deal with activism.

Drone filming over private property isn’t technically illegal and farmers said they felt helpless by CASA’s rules and lack of enforcement. Drone technology allows activists to film farms in broad daylight to gain evidence of animal cruelty, or be a nuisance to farmers.

Animal rights activists took to the skies to film footage of industrial farming for Dominion, an Australian feature-length documentary that ‘exposes the dark underbelly of… agriculture’. There is also activist website, Aussie Farm Map – a user-generated database of farm locations with photos and videos showing alleged animal cruelty. Farmers described the website as an ‘attack map’.

Over in America, the FBI warns that organised crime gangs are using drones to ‘livestream and survey law enforcement’ to enact action movie-like strategies.

Mazel also said criminal organisations also fly drones above police department buildings to spy on visitors, to determine who may be co-operating with police.

The TechRadar article also claims that ‘Australian smugglers allegedly use drone-based livestreams to monitor the movements of dock security, and can trigger a fire alarm to draw security away if they get too close to one of their compatriots’.