The Ballarat International Foto Biennale is in rude financial health, showing a half-a-million dollar profit in its 2018 annual report, lodged with the Australian Charities and Not-For-Profits Commission (ACNC). 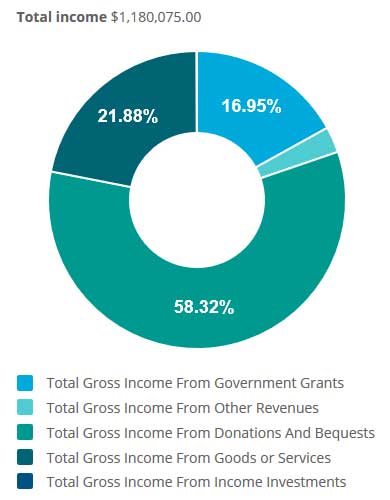 While expenses, especially salaries, marketing expenses and ‘production and program’ have increased massively, so too has income, with the three largest sources being a remarkable $635K (almost 60 percent of the total) coming in private support, along with$200K in government grants and $258K in ‘earned income’.

The $635K in private donation(s) are apparently anonymous – which makes the figure all the more remarkable. In the previous year there was $185K in private support and in 2016 just $14K.

The BIFB would not have made a profit in 2018, given current levels of income and expenses, if it were not for the private donation(s) component of income.

The annual report sheds partial light on how an organisation with an until-recently fairly modest bank balance managed to purchase its own premises – the new Centre for Photography (formerly an unused bank building) in the Ballarat CBD. The Lydiard Street building cost approximately $1.4 million, around half of which was a bank mortgage of $650K. A treasurers report states, ‘As at the 30th June 2018 the property has been funded 50 percent through donations and 50 percent via bank debt.’

In the Assets section of the glossy annual report, presumably prepared for members, there is also reference to a ‘Fully Drawn Advance’ of -$725, 596 with no other details. It’s probably worth noting that the Lydiard St building ‘at cost’ figure in this publication is $1,452,680, while in the ACNP report it is $1,3776,690. There is yet another document lodged with the ACNP, an Annual Information Statement, in which there are confusingly differing figures for the various line items.

In the Assets and Liabilities section of the ACNP annual report the two most valuable assets are the Lydiard St Building ($1,378K), and around $30K in a cheque account, while the three largest liabilities are loans owing to the ANZ Bank ($650K for Liddiard St); $25K owing to creative director Fiona Sweet; and another $25K owing to BIFB treasurer Jamie Mulcahy.

While the BIFB under previous director Jeff Moorfoot employed three people part-time, it now has two full-time employees and one part-timer, with employment costs moving from around $65K to $160K.