Australian photojournalist, Chris McGrath, is one of six finalists competing for the prestigious World Press Photo of the Year award for his image, The Disappearance of Jamal Khashoggi. 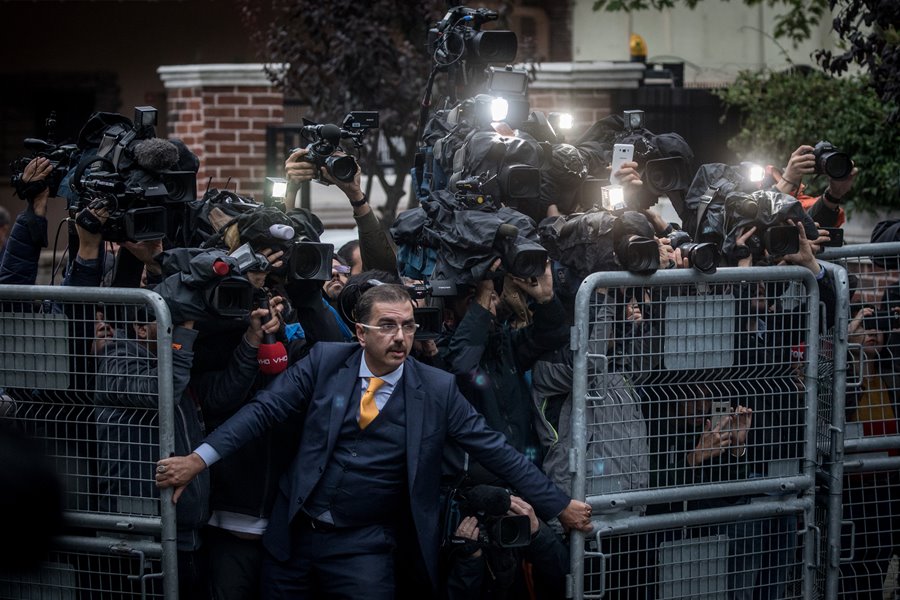 McGrath, a Getty Images staff photographer, captured the powerful moment as a media scrum is held back at the Saudi Arabian Consulate in Instanbul, Turkey, following the disappearance of journalist Jamal Khashoggi. The image was captured on October 15, 2018, shortly after Saudi investigators arrived at the consulate.

Khashoggi, a critic of the Saudi regime, disappeared October 2 after entering the consulate to obtain marriage documents. His disappearance received worldwide media attention, partly due to an apparent Saudi government cover up.

The Saudi government initially claimed Khashoggi left the consulate alive, but after 18 days of circulating rumours and false information it ‘clarified’ that he died in an altercation. The Saudi attorney general finally revealed the death was a premeditated assassination. Turkish authorities and the CIA allege he was killed by Saudi intelligence operatives, working under high Saudi authority.

Here’s a gallery of the five other nominations for World Press Photo of the Year:

Quilty’s images, Ambulance Bomb, were captured in Kabul, Afghanistan on January 27, 2018, after an ambulance packed with explosives killed 103 and injured 235.

‘The ambulance had passed through one security point unnoticed, but although the attacker was identified at a second checkpoint, he couldn’t be stopped from detonating his explosives. The bombing took place at lunchtime near Chicken Street, a central shopping area once popular among foreign nationals, and close to government and diplomatic buildings. The victims, however, were overwhelmingly Afghan civilians and police. The Taliban claimed responsibility for the ambulance bombing, which ranked among the worst civilian attacks in the Afghan capital in some years. Taliban commanders said they were intensifying urban attacks in retaliation for increased airstrikes on areas under their control.’

‘Osaka, representing Japan, went on to win the tournament. In September, she won the US Open women’s singles, defeating Serena Williams. Over the course of 2018, Osaka rose from number 72 in world rankings to number one.’

The winners will be revealed on April 11.