Who pays for below-cost prints?

It’s probably mere co-incidence, but following two weeks of punishment on the stock exchange, in which its market capitalisation has dropped by around $700 million, Harvey Norman has dug one of its hoary old 5 cent Fujifilm print promotions out of the crypt. 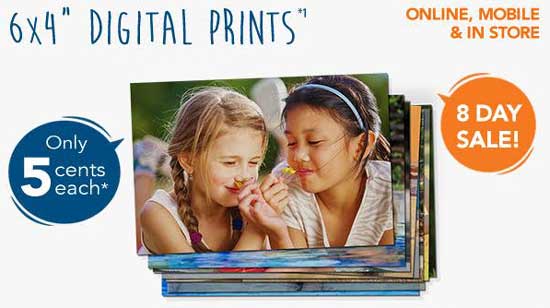 Fujifilm’s photo specialist customers will be disappointed that the Australian photo print market continues to be trashed by one of Fujifilm’s favoured customers even following the departure of Dave Marshall as COO.

The offer is available on both the Harvey Norman and Domayne websites (for which copyright is claimed by Fujifilm Australia) as well as in store. But how does it all work? Do Fujifilm customers indirectly assist the retailing efforts of the Harvey Nornam property/retailing conglomerate they compete against when they pay their paper and chemistry bills? For instance, how much does it cost Fujifilm to develop and run these large and complex e-websites for Harvey Norman (and Domayne, and Big W)? If it didn’t support the mass merchants to this extent, maybe Fujifilm Australia could afford to bring in some premium paper stock for specialists and labs, as enjoyed by Fujifilm customers in other markets.

‘Including all of the above could add approximately 50 percent to the actual paper and  chemistry material only costs,’ said iPhoto managing director, Stuart Homes. (Note that we haven’t even added the significant factor of leasing costs to this list.)

He said that if the silver halide paper and chem was sourced at a ‘very sharp’ price, the materials alone work out to 7.6 cents per print.  Yet Harvey Norman’s pre-GST retail price is around 4.5 cents per print.

Factoring in the hidden costs above he said the real cost is more like 12 cents a print. Add GST to that and the retail price would have to be over 13.2 cents per print.

So let’s take Harvey Norman’s 180 stores and make a very conservative educated guess that over the 8 days of the promotion, the average sale per store was a modest 12,000 prints. Then assume the loss that someone made on the 5 cent price was, going on Stuart’s figures above, an equally modest 8 cents. That would be 2,160,000 prints x $0.08, which equals a loss of $172,800. How sad and stupid.

‘So,’ asked Stuart, ‘Who is paying for the “Real” Costs of this Lost Leader Promotion?’

– Well if it’s not Harvey Norman, and it’s not Fujifilm, I wonder who else it could be?
– Keith Shipton