Where are we heading?

The pic below (thanks to John Swainston) was taken at what by default would probably count, as one of the attendees noted, as the largest gatherings of the photo trade community since the funeral of Tim Jones over two years ago. 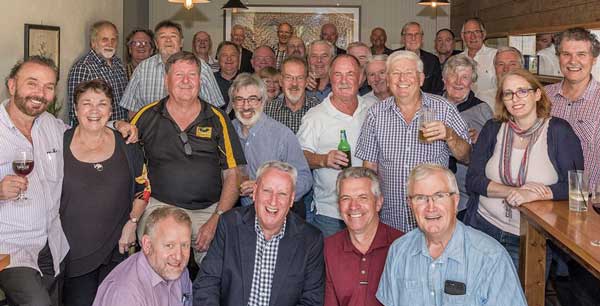 It was an event organised by Richard Robertson (formerly MD of Ted’s) and saw people travel from WA, SA, NSW, Tasmania and Victorian country towns. Robbo organised a golf outing the following day. It was a great opportunity to get together with friends and colleagues and there was much warmth, plenty of jokes – and a lingering sense of nostalgia for a time when people valued that sense of community which seems to have fallen by the wayside.

Where are the Richard Robertsons and John Swainstons, etc, of the 21st century photographic industry? What are our current industry leaders doing to bring us together? There’s a whole range of thirty- and forty-something executives out there who have basically abandoned any sense of responsibility to the industry which pays their salaries. They don’t lead, they simply manage, and that diminishes the entire community. It’s been over two years since PMA Australia closed its doors and we are no closer to pulling together an industry group than we were when we farewelled Peter Rose and Barbara Bryan. But over in New Zealand, they have picked themselves up, dusted themselves down, and started a new industry association. So what’s wrong with us Australians? Where’s the leadership? IDEA? With Canon having taken its bat and ball and gone home, it was always going to struggle.

Look at our story this week on the photo conference being organised for Darling Harbour. If it’s successful – and my sense is that it will be – it’s liable to gross maybe $600K or more. Now why couldn’t we – and by ‘we’ I mean the industry as a whole – have put something like that together, along with a potentially even more profitable and promotional trade exhibition? This is the kind of thing PMA was working at before the Americans cleaned out the local bank account.

As you may be able to discern from all the grey, white and absent hair, the group who jumped at the chance to get together with their industry mates last week have a great shared past – but not a lot of future in the industry. (Speaking of which, does anyone want to buy a photo specialist online publishing business? Give me a call.) It’s up to younger people, who have a vested interest in making the photo industry as strong as it possibly can be. As the old saying goes, there is strength in unity. The people pictured above know that. They have benefitted from it throughout their careers. Unfortunately it seems that they may be the last generation to hold that knowledge.

Anyways – we all had a great time. So thank you, Richard!
– Keith Shipton