– Perfect Prints, owned and operated by Tim Jones until his untimely death in 2014, and then his son Rob, closed last July.

Following a devastating fire, the business moved to less prominent premises, and without a street frontage and foot traffic it declined, even though Perfect Prints had built up a stellar reputation for photographic printing over something like 30 years.

Friends and colleagues will be pleased to know that Rob is now working part-time at the second Hobart business to retreat from mainstream photo retailing, Walch Optics…

– Walch Optics, although still handling camera repairs, pulled out of camera and accessory retailing in December after about 35 years, with manager Francis Giudici telling customers the decision was made ‘based on the economics of the retail photographic market.’

– Kingston Camera Centre, located in a southern suburb of Hobart, closed in February, with owner Bruce Smart opting to close the business rather than attempting to sell it as a going concern.

‘The business is marginal,’ he told PhotoCounter towards the end of last year. ‘So I’m unwilling to offload it to someone else. Turnover has been dropping for the last five years.

‘I’m still managing to pay the bills but it will only get worse if the trend continues.’

He said lease costs were crippling, at around $50K per year.

Bruce identified the invasion of mass merchants with cheap prints as the beginning of the end for specialist photo retailers.

‘We went downhill almost from the day Big W started competing in 2004 – there was an overnight 35 percent drop in turnover,’ he said. And with printing volumes down there’s a knock-on effect for frames and albums.

He said that the failings and frustrations about the way smartphones and kiosk (don’t) work together was pretty well the straw that broke the camel’s back for Kingston Camera Centre, which was primarily a photo printing business rather than a hardware retailer.

‘Kiosks and smartphones are a nightmare,’ he said. ‘You can spend 15 minutes with a customer teaching them how to use the Kodak Moments software and then they might make one print.

‘It has really hamstrung the business.’ He said 90 percent of smartphone owners ‘have little idea how they work’, especially older people.

‘Digital cameras they could just about operate. Smartphones not so much.’

Besides flakey kiosk software, Bruce has no beef against suppliers, noting that ‘many are basically in the same boat.’

While Bruce was looking forward to retirement (thanks to a former career as a public servant) he said he would miss helping ‘the good customers who have kept me going.

‘I think the industry in general has died. There might be small pockets, but overall the customers have decided, and only a minority are interested in having a quality service available.

‘Later on they might realise it’s gone – film scanning, restoration, other work that Harvey Norman don’t do.

Walch Optics has moved from its prime retail CBD location in Macquarie Street to a less prominent location in Harrington Street (with better customer parking), where it continues with camera repairs and the sale and servicing of surveying equipment and microscopes. Walch also handles a small range of the kinds of accessories which people coming in for camera repairs might purchase – memory cards, lens caps, filters, etc.

Francis Giudici told PhotoCounter that the camera business wasn’t closed down because of lack of customers – but rather lack of margin.

‘People are very price sensitive. If we tried to sell at a decent margin we wouldn’t make the sale, but if we matched the prices online we had no margin – you have to make enough to pay wages.

He said the camera business was important rather than core to Walch Optics, which also handles microscopes, binoculars, surveying and medical imaging products as well as the repair business.

‘It was hard to let go, but the decision was made for us,’ he said.

He said it was probably a combination of the ‘old school’ and time-intensive customer service-focused approach Walch Optics takes, and not enjoying the wholesale price advantages of larger competitors that made the camera business uneconomical. He noted that Stallard’s Camera House in Hobart wasn’t his main competitor, but rather the likes of DigiDirect and DCW.

‘..And Ebay in general. Even Canon with some of its buy-direct-from-Canon promotions.’

He conceded that not being in a buying group reduced negotiating power with Nikon and Canon. He said in discussions with Canon, it was made clear that the supplier was supremely indifferent as to whether Walch Optics sold its range of high end pro cameras at a 5-to-8 percent margin – or not at all.

Walch Optics’ sound product knowledge and a willingness to spend time with customers to make a sale, combined with its relatively high prices, also opened it up to show-rooming

‘Some people would express interest and then just not come back. Some with good intentions simply noticed the product cheaper elsewhere then they would come back to negotiate a lower price. They are not necessarily all a bunch of sneaky customers.’

Walch Optics still sees a future in photography beyond camera repairs. As well as the accessories business, one of its biggest sellers is film, and sharing the premises with prestige printer Full Gamut promises to hold synergies as the two businesses develop.

Meanwhile, over at Stallard’s Camera House Hobart, there has been more growth over the past two years than at the stores in Launceston and Devonport. 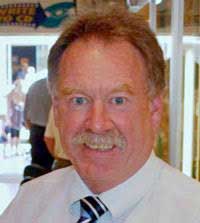 ‘Perfect Prints was always going to be difficult. Even when Tim was there he supplemented it with photography,’ he said. (Tim Jones ran a side-business selling prints from his photography at events such as the Sydney Hobart Yacht Race (which led to his death in an air crash) and Targa Tasmania.

‘And we all know what Fuji has done with print pricing in this country.’ In regards to Kingston Camera Centre he noted that ‘Kingston is about 15 kilometres out of Hobart and has never really had a strong retail presence.

‘It is pretty tough to make a living out of lab services alone,’ he said.

He said that at its peak, Tasmania had about 30 minilabs and about half of those were ‘fully-fledged’ camera stores. Now Stallards is the only specialist camera retailer store left in Tasmania with one outlet in Hobart, one in Launceston and one in Devonport.

He noted that Tasmania only had a population of around 500,000, and Hobart was about the same population as Geelong, and that was obviously a factor. By comparison, Tom Saade’s Camera House in Parramatta had a catchment of maybe one million.

‘The cost of doing business is relatively high here, too. It’s tough to get the margin we require.’

New retailing models like DigiDirect and Digital Camera Warehouse, each with a small string of outlets and a strong online presence, have been able to successfully build up turnover on small margins, while ‘JB and Harveys are after the same business as ours.’ 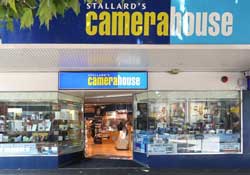 He attributed much of Stallards Camera House’s success to being in the buying group. ‘Being in the largest buying group for smaller retailers delivers some very big advantages.

‘Id hate to have to negotiate myself. I just couldn’t get the rates,’ he  said.

He said there had been a bit of an uptick in the market from April after a sluggish start to the year, driven by new product releases such the Sony A7 Mk III, new lenses from Olympus, Panasonic with a couple of new cameras, and Canon promoting its new mirrorless camera.

‘And if the rumour sites are to believed (regarding major new camera releases) we should have a bumper end to the year,’ he said.