If you follow the photo media, you may have noticed that Sony and Nikon have recently issued press releases boasting they have both won Japan Camera GP Camera of the Year. 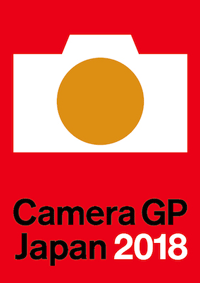 And so they did, sort of. Just different Japan Camera GP Camera of the Year Awards. This happens because most photo websites simply slap down any old tat they receive  as press releases without any sense of context, discernment or effort to ‘curate’ or fine-tune the content. We think this is disrespectful to readers. It’s one of the unintended consequences of online publishing – there are no space limitations as you might have with, say, a 48-page trade magazine, so literally anything is thrown into the maw of the hungry beast without much thought or fact checking. Not here – one of the key reasons to support PhotoCounter and ProCounter!

The duelling EISA and TIPA Awards are as dodgy as all get-out because they are basically revenue generators. The more brands winning awards the more revenue is potentially generated. (Camera companies pay to use the appropriate ‘Thing of the Year’ logo.)

So this year we thought we might simply have a back-of-an-envelope look at who is in the Winners Circle in 2018, rather than give these initiatives status they don’t deserve. We allocated one point to every ‘Of the Year’ award in cameras and lenses across the Japan Camera GP, EISA and TIPA awards and added them up.

And the winner is…back of the envelope please….Sony! Sony was first (daylight second) with 13 points – amounting to 9 camera awards and 4 lens awards. This is pertinent given criticisms that the Sony Alpha system isn’t supported with enough good glass. Sony equalled lens specialist Tamron and bested Sigma, which was given 3 lens awards. Canon and Olympus each scored 2 lens awards.

In cameras alone, Sony scored 9 awards, 50 percent more than Canon and Nikon with 6 each. Panasonic came in next with 5. The breadth of product was noticeable when looking at the Sony swag: it won awards for seven different models: The A9, A7 III, A7R III, A6500, RX10 III, RX10 IV and RX 100V.

Given the above, a stranger to the wonderful world of photography might assume Sony is the current leader in camera and lens technology, with Nikon and Canon trailling by a fair distance. A leading indicator of the future of the photo industry, perhaps?