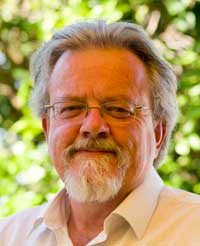 Brands Australia has announced the appointment of Rod Lawson Kerr to the position of sales and support agent, Western Australia. He will work alongside Tony Donnelly and has the role of supporting the Polaroid and ID Station product portfolios in the WA non-photo market.

‘Our aim is to bring customers in Western Australia the same experience that has flourished in eastern seaboard and New Zealand markets. We’ve worked hard to find the right people to introduce our brands in the market with a focus on tailoring our sales and marketing efforts to be relevant to the local market. This is an exciting step for the Brands Australia group of companies as we now truly have a national presence and we know that with Rod’s experience and reputation in the WA photo channel, he’ll be a great addition to our team,’ explained John Rule, managing director, Brands Australia.

GoPro spirals downward
GoPro’s Preliminary Fourth Quarter 2017 Results indicate the company will exit the drone market, reduce its global workforce from 1254 to under 1000, and attempt to reduce its 2018 operating expenses by US$80 million from the last year. There’s no question – the action cam company is facing extreme financial challenges, and is taking desperate measures to stay afloat.

GoPro CEO, Nick Woodman, has reduced his 2018 cash compensation to US$1, to reduce operating expenses.

‘As we noted in our November earnings call, at the start of the holiday quarter we saw soft demand for our HERO5 Black camera,’ Woodman said. ‘Despite significant marketing support, we found consumers were reluctant to purchase HERO5 Black at the same price it launched at one year earlier. Our December 10 holiday price reduction provided a sharp increase in sell-through.’

The company hired US banking and financial multinational, JP Morgan Chase, to seek a potential sale or partnership.

‘Improvements in camera usability have not been able to sustain demand, and with limited earnings power, we think the market is giving too much credit to GoPro’s strategic value. Whether by itself or within another ecosystem, GoPro’s value is tied to its usability, and its earnings power remains at risk at the current pace of functional improvements,’ the note said.

Karma drone owners have been assured GoPro will continue to support the product.

Nikon USA full-frame market leader
Nikon USA has issued a press release claiming it achieved the number one position for both market share and revenue for December 2017, in the US full-frame DCIL category, thanks to sustained demand for the D850 and D750.

This market consists all full-frame digital cameras with interchangeable lenses, including DSLR and mirrorless. The top two selling cameras for December 2017 were, according to US market research group NPD Group, the D850 and D750.

This is quite significant, as both are high-end professional cameras, and are priced accordingly.

‘December is a significant month for sales because of the large volume of units sold during the holidays,’ the press release says. ‘Industry-wide, DCIL full-frame unit sales for the month of December 2017 were almost equal to unit sales from January through March of 2017.’

This time last year, Nikon wasn’t in a great space – but it appears to have put that in the past.

Leica says the lenses’ focal length are ideal for portraiture, with the 75mm ideal for natural portraits while the 90mm best for achieving compression of perspectives.

APO stands for apochromatic, referring to the eleven element optical system, which has an aspherical element.