Canon Australia has announced the EOS 1500D and EOS 3000D entry-level DSLRs prior to the CP+ event in Yokohama later this week (March 1 – 4), along with a new mirrorless model, the EOS M50. 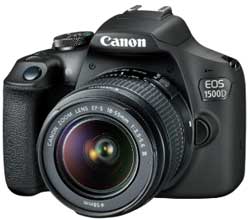 Both cameras are Wi-Fi enabled for smartphone connectivity via the Canon Camera Connect app (iOS and Android).

The EOS 1500D also features Near Field Communication (NFC), which can establish a Wi-Fi connection to a smartphone by simply tapping the device on the camera (available on compatible Android devices).

Both cameras include six image settings outside of basic auto modes and a variety of creative filters. 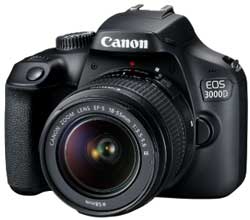 No availability or pricing details were included in the pretty basic press release, but in the US the 1500D (Rebel T7) will be available in April and carry a recommended price of US$550 with 18-55mm kit lens. 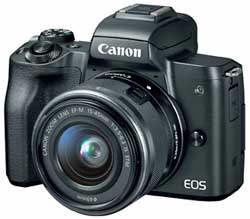 The EOS M50 is the first Canon mirrorless with 4K video recording.

As usual no release details in the press release, but it will be released in the US in April at US$899 with a 15-45mm kit lens.