Michaels: ‘Save your photos!’ 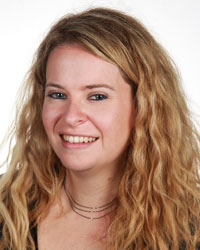 While ridiculously large numbers of photos are taken each day, a whole generation is in danger of having literally nothing to show their friends and family, or to remind themselves of their own personal histories, in the years to come. Computer hard drives fail (with an average life of six years) and phones break, are lost or stolen. Carly (pictured right) was targeting her own demographic – Millennials. This technology-savvy generation is least likely to print photos.  However, the talk attracted an older crowd, the 45+ folk who do actually print photos.

Carly told Inside Imaging this foiled her plan to challenge the audience to recall the last time they printed photos. Most had printed images in the last year and tend to have a passion for the printed image.

Carly’s talk coincided with international Save Your Photos Month, a ‘public service outreach’ initiative run each September by the Association of Personal Photo Organizers (APPO). This US-based group has over 600 members, including 15 Australians, whose mission it is to help people bring order to their personal photo archives.

APPO founder, Cathi Nelson, a pioneer of the new business of professional photo organisers, launched Save Your Photos Month after devastating natural disasters struck the US in 2013. The disasters resulted in many people fleeing their homes and losing precious photos, both physical and digital.

Save Your Photos Month is about raising awareness about the importance of preserving irreplaceable photos. 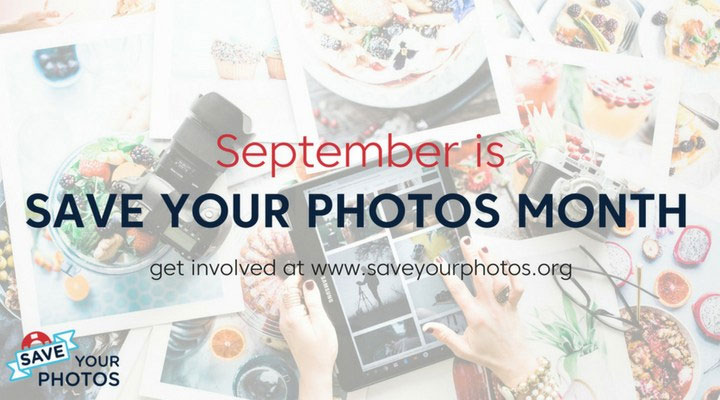 The photo industry is invited to get behind the cause and encourage people to print, scan, or back up their important images. It’s been slow to take off in Australia due to a lack of awareness and support – compounded by the absence of any industry association in Australia to push the cause along.

Carly has spoken twice at the International Print + Imaging Conference (IPIC) in Las Vegas on the topic, and it has become an issue she feels passionate about.

‘We need to find a way to make people experience and value prints,’ said Carly. ‘If it’s not us, then who will inspire people to print?’

During her time in Michael’s lab, she’s noticed a trend of younger people frantically printing photos following some kind of technology malfunction destroying their collection. A recurring customer is the young mother printing photos of her second child, having learnt a harsh lesson by losing or breaking a phone with all the photos of her first born.

‘At IPIC there was a lot of discussion about the timeline of an image’s value,’ Carly said. ‘We found that a person values a photo for around 24 hours after it was taken. Then it lays dormant, and only becomes important when the person needs it, for whatever reason that may be. It’s like a reverse bell curve.’

Carly’s talk at Michaels during Save Your Photos Month provided attendees with information on how to safely store images. She covered various methods of storing digital files, including the lifespan of technology, along with tips to preserve physical prints.

The ultimate message was to be safe, pull together a small collection of your most important images and print them on archival quality paper!

Carly believes it’s in the photo industry’s best interest to revive the value of print, and she’s not alone. 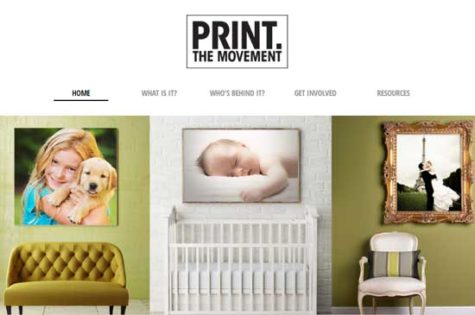 Professional Photographers of America (PPA), which represents 30,000 US photographers, tackled the issue in 2016 by launching Print. The Movement.

It’s described as ‘an awareness campaign to help consumers see the value in showcasing and preserving their lives or their families’ lives with high-quality prints, albums, and all types of displays from professional photographers and photographic suppliers’.

‘The Movement’ offers pro photographers and partners free marketing resources to help clients discover the value of printing photos. The campaign launched after PPA surveyed 1500 consumers in 2015 and found some alarming, but unsurprising, statistics: Around 42 percent of people aged 30-44 no longer create photo albums, and a further 27 percent want to do it but find it too time-consuming. Just over 50 percent hadn’t printed a photo in 12 months, 46 percent use a smartphone to capture family photos, and 57 percent store the photos on their phone or computer.

‘Unless we change our ways, I think time will prove that we have gambled away our family histories – trusting too much in our ability to protect our memories on our phones, tablets and other devices,’ said David Trust, PPA’s CEO. ‘It is a failed notion that we will all pay for.’

PPA’s effort is likely the biggest photo printing campaign since publishing photos online became popular. The PPA statistics clearly show the value of print has diminished among younger people and so far, the trend isn’t shifting.

Carly says the challenge is to make a widespread and lasting change on people’s perception of the value of printing photos, while conceding she doesn’t having all the solutions. There’s only so much an independent retailer can do – even one with the stature of Michaels – but by opening up the discussion, she is taking some positive steps in the right direction.